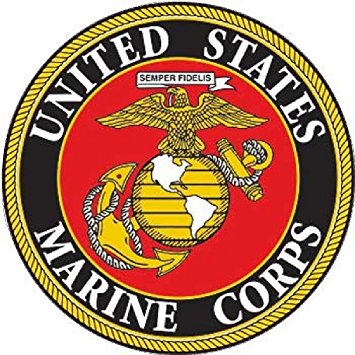 Most,if not all of you,have dates that you remember while in” The Corps”.I have a few. 10-Oct-67.first day at P.I. 9-Aug-70,the day I left “The Corps”,4-Apr-68,the day I arrived in Vietnam.22-Apr-69,the day I left Vietnam. 1-June-68, the day I was WIA while helping to repair a bridge near Hill-10. 22-Sept-68,the day I lost my best friend in a vehicle accident on the way to Hoi-An to fix another blown bridge.Then there is this one.The anniversary is soon approaching.19-Mar-69 During most of my tour I was assigned to help operate and maintain the ferry at the Liberty Bridge crossing the Song-tu-Bon.When I first arrived at “The Bridge” we slept in tent covered bridge trailers under the bridge like trolls.Later we make a hooch on top of the “Old Bridge” We made it out of the boxes that the arty or mortor rounds came. Our next move was to the compound a couple hundred yards back towards Dai-loc.Just after midnight on the 19th we got hit with rocket,mortor and some small arm fire We were to stay on alert all night Around 0200 the c0mpound on the other side of the river at Phu-Loc(6) was attacked by VC and NVA zappers that used the attack on our base as a diversion so they could position themselves for the attack on the arty battery,that is the theory anyway.The attack lasted about 3 or 4 hours and though we were only less than a clik away there was no way to cross the river without becoming open targets. The grunts at our compound wanted to go really bad but,we were all ordered to stand down and stay in position 11 Marines and 1 Corpsman were KIA (Navy Corpsman David Ray received a postumous Medal Of Honor for actions during the fight.) Nearly 30 other Marines were wounded.There were 70 some confirmed enemy dead,probably more.One of the dead vc was a kid from Dai-Loc that picked up our laundry and had it cleaned at his village.We were told that he had diagrams on him of our compound and that of Phu-Loc (6) We had no clue, he had everyone fooled.He had all the proper papers! go figure! We ferried him across the river many times.I lost a buddy that night Gunny “Smiley” Keefe.the mess sgt at Liberty Bridge and Phu-Loc (6) Before he set up the mess at Phu-Loc(6) he would make at least 2 trips across the river everyday with his “Mule” and take hot chow to the Marines on the hill.The last I saw or spoke to him was a day or two before the attack.He said he was having a problem with one of the new stoves and ask to borrow some tools.It is said that he died defending his men and the mess tent ( He received a postumous Silver Star) I will never forget that smiling face.If anyone else knew the Gunny please post a comment. Harry