WORCESTER â€” A Millbury man in a Marine uniform with a chest full of medals walked past the wrong guy one night two years ago in The Irish Times bar.

The Millbury man was wearing the uniform of a first sergeant. The Worcester police sergeant on an off-duty assignment at the bar at 244 Main St. was a Marine Reserve first sergeant.    Full story and picture read more 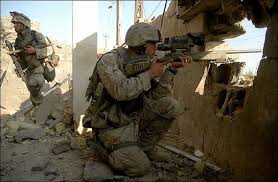 Sixty-five years ago, Facebook would have been considered science fiction, e-mail was non-existent and even cell phones were yet to be invented.

Kasia Kovacs/Special to Liberty Tribune â€” Ray Merrell, Marine Raider veteran, and wife Helen flip through â€œGung Ho Marines,â€ a book complied by Marine veterans from World War II. Surviving Raiders continue to keep in touch with annual reunions, the latest of which was held Sept. 1 in Fort Worth. Merrell has recently helped David Wotanis, an Honorary Raider, find information about his late father, Edward Wotanis, who served as a Raider during the war. read more 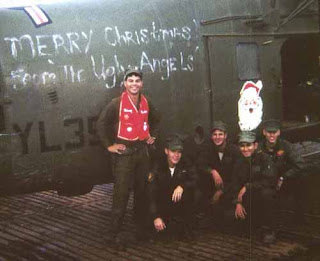 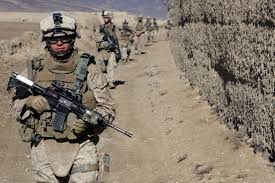 They are the few, the proud and perhaps the military’s biggest opponents of lifting the ban on openly gay troops.

Most of those serving in America’s armed forces have no strong objections to repealing the “don’t ask, don’t tell” law, according to a Pentagon survey of 400,000 active duty and reservists that is scheduled for release Tuesday.   Full Story read more

Quite some time ago I emailed you requesting some WM merchandise. You responded that you would appreciate some ideas and you would see what you could do. I haven’t forgotten, just haven’t found the time. I ordered the WM shirt and have received many comments each time I wear it. Some good, some bad. I was confronted by a male Marine at the gym and he asked if that shirt meant I was fewer and prouder than male Marines.

He was clearly “confused” about the wording. After picking
myself up off the floor from laughing (didn’t actually laugh that hard)
I explained that to me the words meant there are fewer women Marines in the world than Women and that women Marines that I have met “are” prouder than most “civi” women I’ve met. As the Marine walked away, he turned his head and said in a bark, “Hey Marine, Semper Fi.” I think my pride was evident. I simply wanted to share that story with you. Thought it was neat. None the less, I wear my WM shirt with as much pride as I wear my other USMC shirts and wanted to say thanks for offering the shirt.  read more 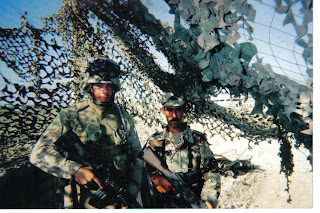 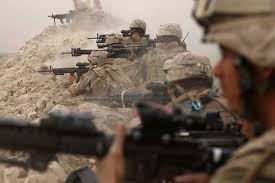