Story of Sgt Reckless, a horse so heroic during the Korean war she was promoted to Staff Sergeant by the Commandant of the US Marine Corps, and is listed alongside George Washington, Thomas Jefferson, Martin Luther King, Mother Teresa and John Wayne as one of our all-time heroes.

Americans believe the U.S. Army and the Marines are the most important to national defense, followed by the Air Force and Navy, a Gallup poll indicated.

The Army and Marines basically tied, 25 percent and 24 percent respectively, in Gallup's survey as most important to national defense, results released Tuesday indicated.

US Marine Corps Drill Instructor vs US Army Drill Sergeant 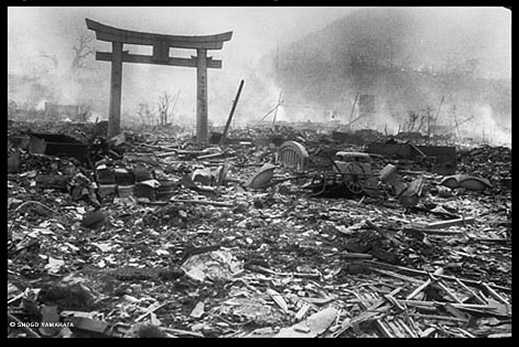 The first photo shows Nagasaki 1945, after the atomic bomb.  The second shows an area of Japan hit by the Tsunami.

So… here's my question:

What in the f**k is that arch made of?

Marine Corps Receiving VS Army Reception.. Just some differences in the way things are done between the two branches.

Can You Last 15 Seconds?