Darpa's supersized ISIS (or Integrated Sensor is Structure) is a technology packed 450-foot long airship that would perch 70,000 feet in the air. The unmanned vehicle is designed to float at its Heaven's eye view for up to 10 years, zipping along at up to 115 miles per hour to reach anywhere on the globe in 10 days.

Harry Lew's Chinese immigrant parents were shocked when he told them he was joining the U.S. military. The 19-year-old, their only son, had just started college; he had told them he wanted to become an animation designer.

“I tried to stop him, I told him the military is very dangerous,” said his father, Allen Lew, who runs a trade show exhibit business in the Santa Clara County community of San Martin.  “He just told us he wanted to serve his country.” 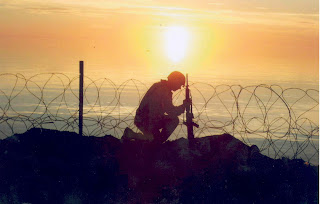