I was in Boot Camp at Parris Island in 1955 we started out in the wooden barracks 1st bat. The Sr DI came in and said we were moving the 3rd Bat we moved in Quonset huts then we went to the rifle range we had the M1s while we were at the range one of our JR DIs cured me of smoking we were in Quonset huts after lights out like I said one of our JR DIs caught a guy smoking and the DI his name was Sgt Hatchel he told us to get out scrub buckets he marched us to the head and told us to light up I told him sir I don’t smoke and he told me tough sh,t one of the guys gave me a cig.  And we had to put the bucket over our heads and smoke the cig. And cured me from smoking. 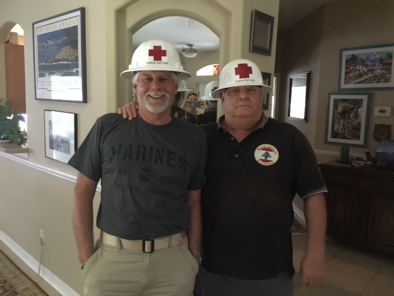 Just a short note as an FYI. I am with a Marine Captain and his wife in Palm Coast Florida. It is a little bit of a story, but he has a heart procedure on Monday Morning in Daytona beach, then again, they just evacuated the hospital there. I drove in from Pensacola two days ago to help them out. We had been visiting a Marine Colonel Fighter pilot and his wife in Piney Flats, Tennessee. END_OF_DOCUMENT_TOKEN_TO_BE_REPLACED