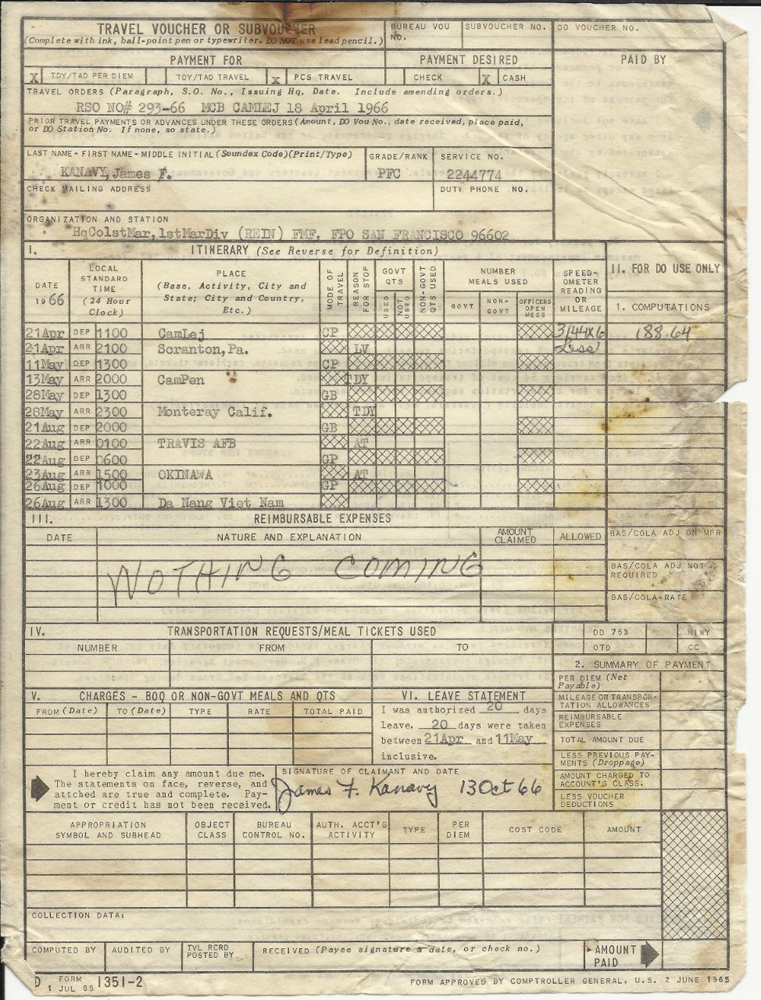 Sgt. Grit, I arrived in DaNang on Aug 26, 1966, 3 months shy of my 20th birthday. I still remember the flight from Okinawa and looking at my fellow Marines and wondering which one of us was coming home. Fortunately, most of us made it. I found this travel voucher from October 1966. I was originally scheduled to go to Viet Nam from Camp Pendleton to the Third Marine Division on June 1, 1966 but 63 of us were diverted to 12 weeks of Vietnamese Language School at the Presidio of Monterey. Upon completion of language school my new orders were to the First Marine Division. I ended up as an Intelligence scout/assistant with the S-2 Section, Hq Company, 1st Marine Regiment south of DaNang along the Song Tu Bon river. The only major operation was Union 1 and 2 from April to September 1967. I know of two of my classmates who were killed in action during that operation, Bruce Parmalee and Glen E. Sanders. John Wayne Jarrell died earlier. In all, five of the 63 language school graduates were killed.

35 thoughts on “50th Anniversary Of Arriving In DaNang”