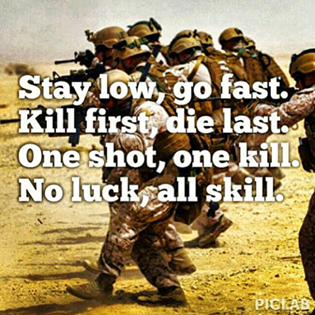 I’ll be brief. Approx. 2 months prior to 9-11, my wife and I relocated to Ft. Worth after she was offered a position with Tarrant Co. IT. On 9-11-2001 at the time the first plane hit I was drinking a cup of coffee watching Good Morning America as the broadcast cut to street level showing smoke coming from one of the towers.

I immediately slapped a blank VHS tape into the recorder and started recording. For the next 3 days I recorded non-stop, sleeping only for 4 hours at a time, I hadn’t secured a job as of yet and didn’t need to, we made some good money selling our home in Marietta GA. During the next day, I started putting my resume on the web in government sites for employment as a LEO since I had so many skills they were surely going to need. The following spring I hadn’t heard anything and just after accepting a deal to take small business photography assignments, I got a call from the Treasury Dept. I took the POST test and passed, took the interview and passed that and next day I learned I’d be going to FLECT and in January of 2003, I graduated at the age of 50. MY past jobs and training as a deputy sheriff in 2 states (reserve), USMC MP and corrections officer served me well as I was a Fed. LEO with the DOD in 1978-1979 at WPAFB Oh.

The photos I took of the WTC from across the river, where taken while I was on assignment in Jersey city, on Sept.29, 1997. The other photos were taken by a friend who was working the attacks and passed on to member of the AKO, of which I was a sponsored member. You have my permission to enlarge only those photos I took, the rest belong to the photographer/investigator.

What is even more special is looking back I knew the day after the attacks, I had taken photos of the WTC from the Jersey City side of the area. I looked through my files and there they were. I remember the day, it was dreary and cold. I had also taken a photo of the massacre (poetic as this was) at Katyn!
(http://katyn.org.au/ohara.html)

There are other eerie relationships to me and the event. I lived at 911 Wayne Ave. in Dayton OH before my entry into the USMC on Jan. 21, 1970. My badge number after I graduated FLETC at the age of 50 and started my job was …. #119 …. 911 backwards! The photos by me of the WTC taken on the 29th. (day of my birthday in Dec.) of Sept. were while on assignment to Random House from my Employer of that period, Compuware!

During my employment at the BEP here in Ft. Worth, I volunteered with the US Coast Guard Aux. as a Flotilla FSO/CSO – assignment as a Public Affairs Officer and Communications Officer. I had received training from the US Coast Guard in Arkansas in Seamanship and Boating skills as a need for my volunteer work with the Benton Co. Sheriff as a lake deputy! I spent 10 years with the local Fort Worth based flotilla during hurricanes Katrina and Rita. For volunteer services rendered we all received a Presidential Unit Citation as did all who where US Coast Guard as well.

It was interesting that I didn’t know my father had served in the US Coast Guard during WWII and in the USAF during Korea! That’s it! Some spooky relationship with 9-11, and I’m still on track to get my certification in Criminal Investigative Analysis as soon as my spouse kicks her fourth fight with cancer, this time in the lung and liver.

9 thoughts on “A story of how a Marine always stays in the fight!”