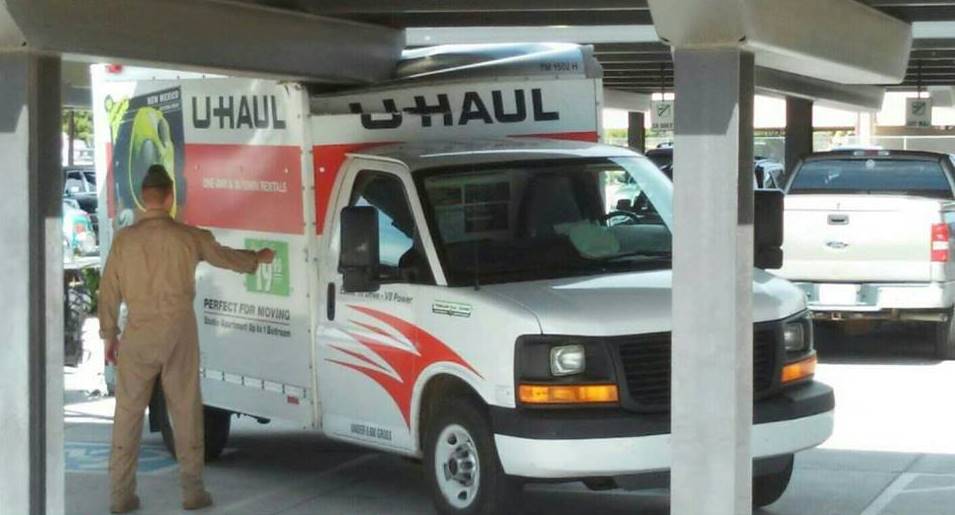 Many Marines feel they have to deal with a lot of stupid stuff. They often think getting up in the morning is a pain in the neck. Having to shave is an inconvenience. Keeping their area squared away is imposing on their right to self-expression. The list goes on. Often I ask a group of Marines who among them thinks they put up with stupidity. Inevitably a forest of hands goes up until I bark, “Well try putting some rockers on and see how stupid it gets!”

Sometimes Marines do dumb things. Sometimes the stupid is radioactive.

For those who think your leadership has it easy, I offer you a snapshot of an actual week of my life.

SgtMaj tours the barracks to discover Marines have spent the weekend in the smoke pit lounging in kiddie pools drinking beer. SgtMaj approves.

Two dipsticks decide to drive to another town to trade/buy a car from an acquaintance. The town is within liberty limits but just barely. The car they purchase is a 1971 truck. Said truck blows a tire at 70-80 miles about 40 miles outside of base around 2300. After rolling over a few times the occupants remain shaken, not stirred, and are treated at a local medical center with stitches and whatnot. One Marine looks like he was worked over with a hatchet, the other is on crutches. Though technically no orders or policies were violated, the SgtMaj still questions the judgment of two numb nuts who decide it’s a good idea to purchase a vehicle almost as old as their SgtMaj on a weeknight.

A local car rental company calls the command to complain one of our Marines was supposed to return a car two weeks ago. They warn us they will notify the police soon. This embodiment of Corps values has been on our radar lately as his wife has left him and he’s been acting out against his NCOs and SNCOs. He’s a 8 year lance corporal if that clears anything up. After questioning the Marine he begins to break down and admit he’s involved in local gang activity, been getting high on meth, and basically the gang has taken over his life and have stolen his car. They also stole the rental from him. We beg him to stop talking and call Criminal Investigative Division. They whisk him away and said named Marine sings like a bird. He blabs so much info NCIS gets involved along with various investigators from the local PD who are all interested to know about gangs, drugs, and stolen cars. Basically the gang has taken over the apartment our hero lives in and infiltrated the entire complex. The rental car is now somewhere in Mexico and no one knows where his POV is. They have also threatened him on a number of occasions, go figure. It also turns out his wife is related to known gang members out of a nearby city. The sauce is indeed awesome. The Family Readiness Officer brings his backpack to the SgtMaj’s office and remarks: “Boy, that bag is heavy.” The SgtMaj’s heart begins to sink as he just KNOWS what is causing the bag to be so heavy. Opening the bag he discovers a 1911 pistol and a magazine of rounds. Fortunately the weapon was not loaded. SgtMaj has the weapon locked in the armory and keeps the full mag somewhere else. Gang ninja is released back to the command for the night, who lets him stay in the barracks.

The adventures of Dumb-ss #3. This brain surgeon was pursued throughout the area by authorities after his wife called 911 about a possible suicide ideation, domestic violence, and animal abuse. Numbskull left a suicide note/video on his phone for his wife but not after hurling their small dog against the wall. It is injured so badly it has to be euthanized. It is also reported he is bipolar and is off his meds. Alcohol is assumed to be involved (of course). Short version is the Marine’s car is found abandoned with the doors and trunk open. A gas soaked t-shirt is found stuffed into the gas tank and a lighter is found nearby (at this point the SgtMaj is slightly disappointed he didn’t successfully light his car on fire). Dumb-ss himself is found four miles away, butt naked with a knife and several self-inflicted lacerations. He is treated at the local medical center and eventually brought to the barracks early Thursday morning.

Dumb-ss #3 is sent into the esoteric depths of mental health. Early reports of euthanized dogs are proved false. The dog made it but has a broken hip and/or leg. Numbskull is brought to the office where the SgtMaj serves him with a military protective order and explains to him about how he will stay well away from his wife and home in the near future. He doesn’t understand. The SgtMaj explains it to him. He also claims he wasn’t drinking and that the events portrayed on the police report are not quite what happened. Of course, he also can’t remember too much from that night. The kid is slightly off and the SgtMaj wonders how in the world Dumb-ss #3 ever got in the Marine Corps to begin with.

NCIS calls the command that they have contrived a plan to get the gang involved Marine out of the apartment without revealing he’s been singing to the police. They have contacted the landlord who will evict the Marine requiring a police presence. The command has arranged for movers to show up and pack his cr-p. Police are en route when gang ninja says: “I need to talk to NCIS.” When asked why he reveals that though most of the items in the house belong to him, there is a computer and five printers that are not his. He then reveals they are printing counterfeit bills. The NCIS agent’s reaction when told this: “HOLY F#&%!” All stop on the eviction plan. Brain surgeon is brought down to local PD where they eventually get a warrant. That evening they kick down his apartment door and arrest three scum bags and find drug paraphernalia and some ammunition. At this point the SgtMaj could care less about the details.

The SgtMaj attends a retirement ceremony for a fellow SNCO who thought it was a great idea to hold a ceremony at 1800 in the blazing desert sun. His parting comments droned on and on as all the guests enduring the misery of the setting sun while all thinking: “Just. Shut. Up. Already.”

SgtMaj attends a change of command at 0900. Here only 10 Marines fall out of the formation but at least it wasn’t in the evening at the height of blazing heat. Generals in attendance are happy with the ceremony. Jack-ssery has settled to a more manageable level by now. Administrative separation paperwork has begun on a number of idiots of questionable genetic origin.

The SgtMaj notices a U-Haul truck parked right outside the gate entrance to the building. A number of SNCOs are clustered about many of who say to the SgtMaj in passing: “Don’t worry, we’ve got it SgtMaj.” The SgtMaj begins to worry. Dreading explaining more malfeasance to the CO, he investigates. Turns out one of the squadron’s other serial dumb azses was checking out of the unit on the last day of his 10 day admin separation letter. He rolled up in a U-Haul with all his cr-p to say good bye to his buddies. Unfortunately, the parking lot outside the building is all covered parking which crushed the top of the U-Haul as he pulled in. The SgtMaj noted the worst damage the covered parking structure endured was some scratched paint. The full belly laughter of the SgtMaj filled the desert air as he pointed out to brain surgeon what a complete f-cking idiot he was. Marines in attendance began laughing including the MPs who were writing him a ticket. The SgtMaj continued to point out there was a completely empty lot right across the street but he just HAD to pull up front because he’s a lazy dumb azs. In conclusion, the SgtMaj noted that he had done nothing but f-ck things up for the last seven months and that 2015 was likely to be the worst year of his miserable life.

SgtMaj goes to the SNCO club to tell other SgtsMaj how awesome his week was.

SgtMaj tours the barracks before heading home. He is invited by Marines to hang out in kiddie pools with them and drink beer. It is tempting.

To all my ninjas, in the end, poor decision making will lead to a poor outcome. If you don’t care about your fate, then please think of your SgtMaj and don’t be a jack-ss.

9 thoughts on “A Week In The Life Of A SgtMaj”