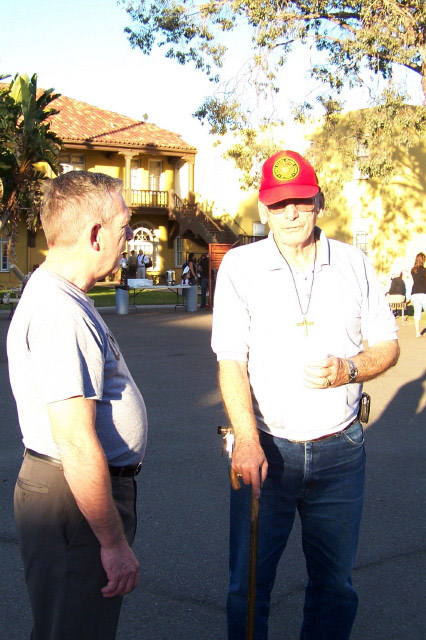 Our son, Aaron, graduated from MCRD San Diego 30 January 2009. Things were such a whirlwind that I never got to take a photo of all the Marines in our family standing together that day. Our friends from Washington, Rick (Vietnam era Marine) and Donna joined us. Rick and Aaron have a special relationship. Also my husband's mother and stepfather, Harry, drove in from Arizona. Grampa Harry served in the Marines in the 50's. And my husband served in the late 70's/early 80's. Four Marines proudly representing the Corps and our family that day.

During the graduation ceremony someone asked all prior service Marines to stand to be honored. Mom told me that touched Grampa Harry so much! He said NO ONE had ever honored him for his service.

Grampa Harry was called to his final post in August 2009, guarding Heaven's gates. I am sure that the honoring of prior service Marines during graduation is traditional, but it's impact should never be underestimated.