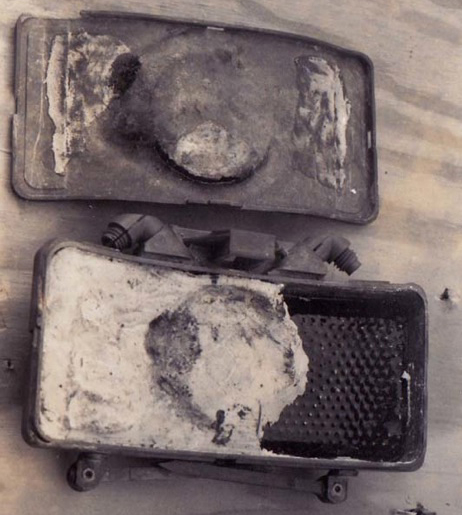 In my Marine Corps I almost always had good Chow. Now here's the facts, There's Officers Mess, Staff NCO Mess, NCO Mess, and the Mess Hall where we went to eat CHOW, call it what you want, it was Chow. I have to admit I grew up during the Depression and my Mother couldn't afford great lunches, but going into the Corps didn't enlightened my life by finally getting better food.

Mother told me when I married (and was making but $50.00 a month) "no matter what happens, no matter where you are, Make sure your family has a Steak at least once a week. One good meal helps make a week," and I followed her advice, it did make many a week.

Now Marine Corps Chow in my time went like this, Breakfast, SOS, fried potatoes, Fried eggs, toast and coffee oatmeal (for the mush lovers). It could vary with bacon or ham (even fried horse         c-ck), medium boiled eggs, but always toast and coffee. Lunch could be a lot of things, horse c-ck, bread with some veggies, and coffee, even soup with crackers. Supper ran the field with Steak, Pork chop, Ribs, all kinds of meat dishes with potatoes and gravy, other veggies and stuff. Usually a great meal after running over the hills of Pendleton, Lejeune, PI or SD.

Most guys couldn't get away from the way their Mother cooked their meals for them, WOW, Rare steaks, mashed spuds, Turnips, carrots and peas, then after that they got, MOM's Apple Pie, ain't no where you can get better than that… join the Corps and Mom's apple pie comes in a big flat tray like affair and you usually got a 4 inch slab on your tray, but (and you gotta admit this) you could get
some of the best Ice Cream in the World Popped on your tray (or a slice of cheese). Chow down.

The Marine Corps always tried to feed you a healthy meal, but it wasn't always what you wanted. I remember in my whole time overseas, War or not, dipping my canteen cup into a garbage can full of cold water and apple jelly mixed in. Never got used to it but also didn't dislike it mainly because it was cold and refreshing.

In my 26 years, I remember traveling from here to there on an APA or MATS ship, having beans for breakfast on Wednesday and Sunday mornings. I, Also, remember Steak and Eggs for breakfast, the so-called Invasion Breakfast and seeing it all over the floor of a LCVP or AMTRAC prior to landing.

I remember "K" Rations, "C" Rations and "MREs". "K" Rations had their time and are gone, "C" Rations were changed so many times and just from WWII to Korea the change was awesome to a few and not so much by a few more. Vietnam Rats were different again, and in my book were better than we had before, but for MREs… I really relished the Korean MREs.

Coming in out of the cold in Korea and getting my MESS Kit filled with "C's" the cook had dangerously started the stoves of the day and heated the rations for us which warmed the icy hands and feet plus going on to warm the cockles of your heart. Korea was a journey into nothingness with mountains tall and rice patties rank and smelly. Sleeping in a bunker in Korea during winter was your time in h-ll because of the cold. Sleeping in a bunker in Vietnam was your time in H-ll with the Heat. The "C" Rats were always there and some even heated their C's with the explosives in a Claymore Mine set on fire, (note picture). So the "C's" can't be too bad for someone to heat like that.