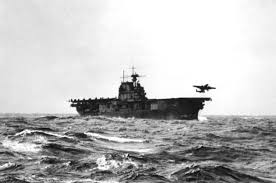 U.S. Army Air Corps Lieutenant Dick Cole’s passing Tuesday, April 9th, raised barely a ripple of interest. But Lt. Cole was a genuine American hero. Today’s youth display scant knowledge, interest or patience with the history of the blood that has been shed to raise them to their current sheltered existence, of which they do much complaining. It is men and women of such courage and dedication to freedom that has assured them that privilege.
Lt. Cole was the last surviving member of an elite group of 80 Airmen who, in one of our country’s darkest hours, gave it hope that by courage and dedication, America and our allies would prevail against the axis forces. Under the command of Colonel James Doolittle, this small band struck the first American offensive blow of the war against Japan, shocking that nation and its leaders to know that America had just begun to fight.
Japanese commanders were humiliated, confused and confounded because they had no idea from where the aircraft had launched the attack. The B-25 medium bomber required 1000-2000 feet minimum of runway to take off. They paused offensive planning and refocused on Midway Island which became a pivotal battle and turning point in the Pacific War.
Of course, the Doolittle Raiders had been launched from the aircraft carrier USS Hornet in an amazing feat of cooperation between the Navy and Air Corps, a feat that was thought impossible by most everyone except Jimmy Doolittle. His all-volunteer unit had been training and practicing short-runway take-offs without knowing what they were going to be asked to do. When they boarded the Hornet, watching their aircraft being swung aboard they assumed they would be off-loaded elsewhere. Once at sea, Doolittle finally told them the plan. He gave every man a chance, no repercussions, to back out of what seemed like a near-suicide mission. The plan was to get close enough to Japan so that they could make their bombing runs, fly straight on to mainland China to land at a Chinese airstrip. Unfortunately, the small fleet ran across a Japanese fishing trawler. Afraid that the boat had radioed Tokyo of their presence, it was determined that the raid had to be launched immediately – 200 miles farther away from their target than planned. It was almost a guarantee that fuel would not last long enough to reach the safety of the Chinese army lines. Again, every man was given the chance to back out, with no stigma attached. Again, every man stood fast. To make matters worse, the fleet was in storm conditions, the bow of the Hornet dipping so deep that water was spraying over the end of the flight deck. The navy launch officer had to time every dip just right. The pilots would run their engines up to top speed while standing on the brakes, then release and hope the timing was immaculate – which it was for all 16 aircraft. No power assisted take-off was available in those days – just the guts and skill of the pilots and navy personnel.
Though it did little damage, the bombing and strafing of Japan by 16 American aircraft was a scandal that shook the confidence of the Japanese people and their leaders. 15 of the aircraft crashed, 3 men were killed in action, 8 were captured, 3 were executed and one died in captivity. One crew landed in Russia and was quarantined there. The rest miraculously survived after parachuting from aircraft flying on fumes, were rounded up by Chinese nationalist troops and civilians and taken to safety.
The Doolittle Raid is an iconic example of bravery of which all Americans, and especially the youth of our country, should be aware. That the last surviving member of that heroic band of men would pass with so little notice is tragic. How can we expect young Americans to fully appreciate what they have inherited if they do not know, or understand, what has been sacrificed for them.

43 thoughts on “AN AMERICAN HERO PASSES”