I was an E-4, in Operations MOS 7041 IN Cherry Point N C HMS-24 when this Captain Sullivan comes in and says hey Rav want to take a ride? I said yes sir, I suit up , helmet etc. don’t remember if input the G-suit hose I or not, don’t remember if the crew chief did it either, anyway were in this F9f-8T heading down the runway and into the air and he says want to fly it, yes sir, he says watch your attitude not in the sense of disrespect justvtge planes attitude and I hold the stick and get way up and he says want to take it in an attack role I say yes sir , he raises his hands to show me , now I ve still got the stick , but I m 19 don’t have a clue what I m doing and bring the stick way over to my right, of course we’re going over and over and I say you better get this Captain or I m going to up Chuck, he laughed and that’s all I remember until we landed and I was exhausted and didn’t go to work the next day. They had a laugh I ll bet! Two weeks later I went up again didn’t touch the stick, while we’re up there he says hey there’s a red F11-F I think , let’s have some fun, he did his thing I think I passed out and that’s the last back seat jet ride I had.

I know what he means about ” Rock Apes” They were massive and had a human face. We were always happy to see a mongoose. They kept Cobras and 2 Step Vipers in check. I detested going through a swamp. Leeches. What a nightmare. Insects as large as 6 inches long. You were never dry. I completed 2 tours. 1968 and 1969. We saw things I never knew existed. It’s Great to be home. I was wounded by a punji trap. Corpsman Stone pulled it off. He cleaned it up, gave me morphine and a lot of antibiotics. Was sent back to base camp. I had to soak my foot in this pink powder with water. This was for 3 weeks. My entire foot scabbed over and I took it off like a boot. Captain Richenbach wrote me up for a Purple Heart. It’s on my hutch. I can see it from here. God Bless Corpsman Stone. He saved my life. I’m 74 now. Still in pretty good shape.
Semper Fi. Marines. Sgt. E-5 Paul A. Fleming 0311. Ser.No. 2410636

It is around 1800 and I’m still at battalion CP, got to get moving up the hill to OP-6. Just made a PX run and now making my way up passed OP-5 and getting crap from by platoon mate Poole. The sun would usually set around 1830. Still had plenty of time to get there before dark. Did not want to get caught between 5&6. Here I am with a .45 w/3 mags, and a sack full of cigarettes and pogeybait, hope none of those nasty rock apes come out. Huey just flew right over me ,looks like he’s heading through Elephant Valley. Starting to get dark and have about a quarter klic to go . I hear something in the grass, hope it’s just one of those mongoose. Almost there. Someone popped a flare! Are you kidding me! Crouch down until the flare goes out. Got about 50 meters to go. Ah, made it, without getting shot at from friend or foe. Tonight I’ll get the first watch on one of two LP’s. I can still hear the mix of music drifting up from the compound below. A couple flares go up near the the wire , the guards at the bunker open fire on something ,or nothing. Just another day in the neighborhood 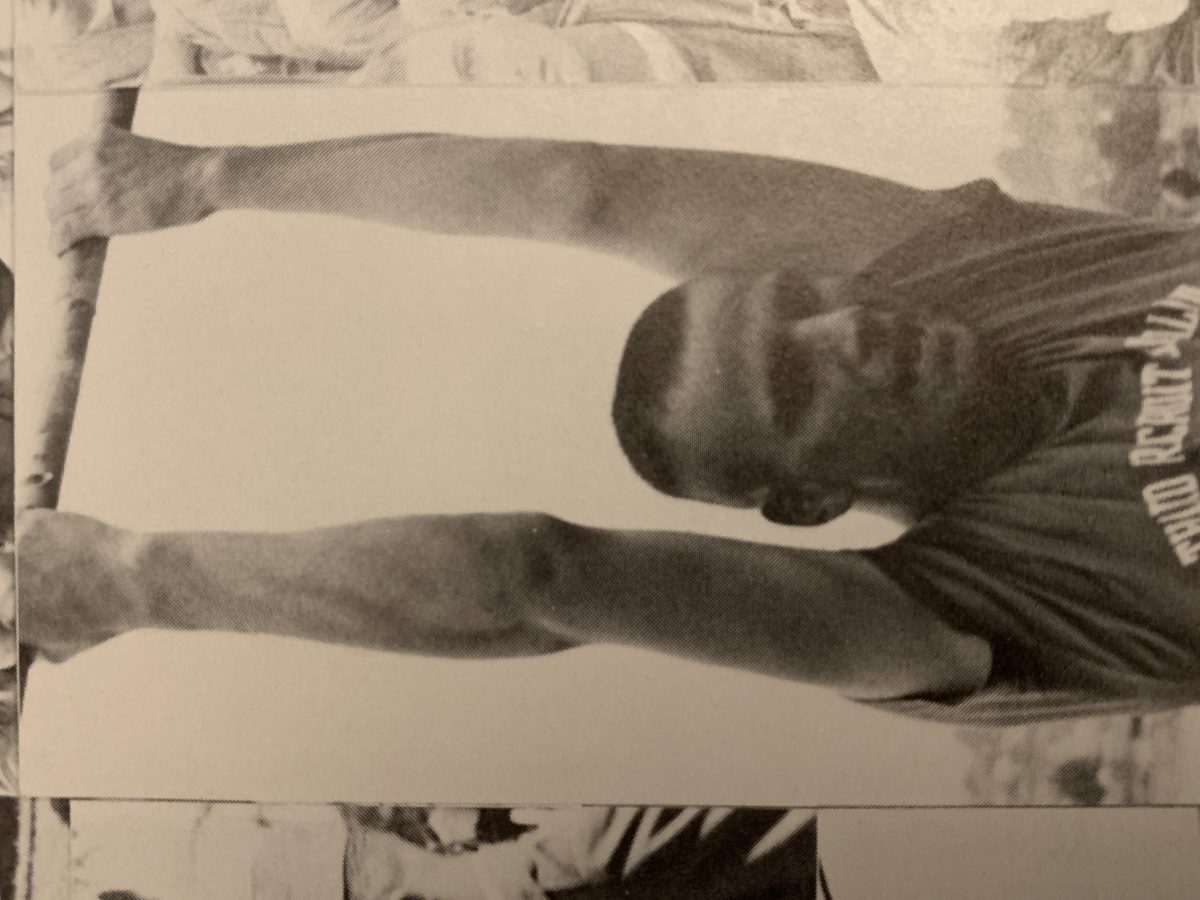 We all came from different places and all kinds of walks of life, then We all stood on the yellow foot prints at MCRD San Diego, California. The worst thing that happened to all of us Newbies, was after boot camp We had to purchase our BDU’s because they issued Us “Satines” (the olive drab colored uniforms, which were out dated,) so We Marines, had to purchase our BDU’s, Welcome to the Marine Corps. I now know what it means to be Old School, but, back in’78, We were looking for something, and We got it, but it wasn’t what anyone was expecting. Running all all over the place in our 3059 t-shirts, and combat boots. When firing our M-16’s doing figure 8’s with the barrel to get the best shot. I wouldn’t change those days for nothing. Semper Fidelis 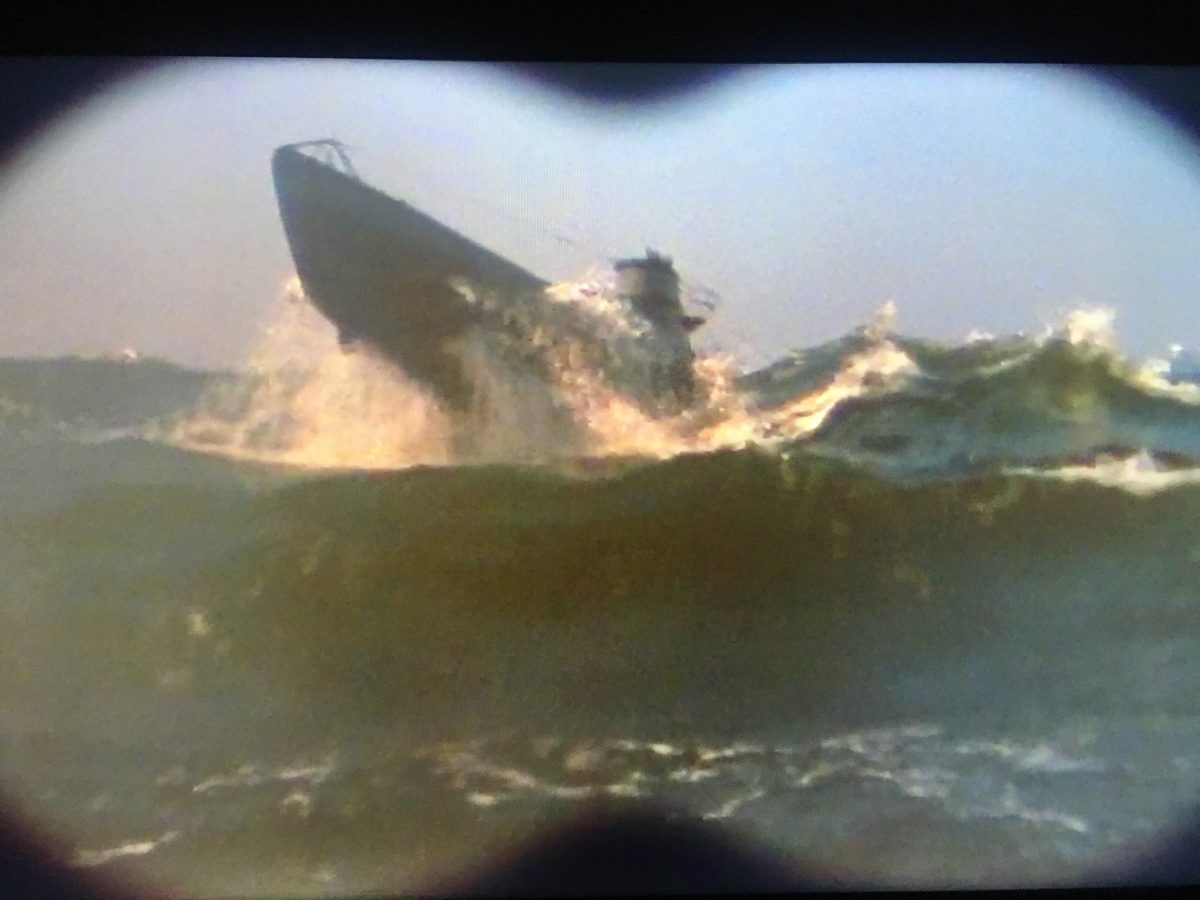 Stay the course
Hold until relieved
Hold the line 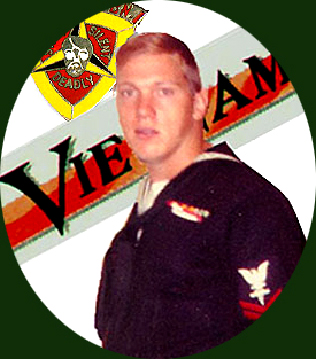 My Tour of Duty in part … Up to Sandbox getting shot out of the bush.
December 1967—Reconnaissance Duty 3rd Marine Division, 3rd Recon Bn. —1968.

My transformation from stateside FMF Corpsman to field ready Recon Corpsman was about to get its finishing touches.
On any Vietnam era war Map, locate Da Nang, just below the 17th parallel line, half way up the map schematic. That was my first ‘In-Country’ experience, flying into and waiting for transportation to a processing center.
14 December ’67 – “My first Cartoon effort is shown, as I apply Uncle Sam’s postage to my letter from Okinawa, Japan! Darling, today is a wet one. I am barracks bound for the total morning—not much doing. No liberty off base, so the Base Exchange, movie house and club are open to me, while waiting to be packaged up and flown to Da Nang.”
“Yes, I’m still in Okinawa and probably will be for the rest of this week. Incidentally, I am writing this letter Monday, it would be delivered in the states, which is a day later or Tuesday over here! I am scouting around the exchange for some good buys for when I return here, next year, I can make some purchases then. Please send me a cost list of items that I write in this letter. 357 magnum pistol, a 45 caliber pistol, China dishes, and crystal, price them. I will try to pick some of these items up, as well as, everyday dishes, while I’m here.” (Peanuts cartoon come to mind as I practice drawing some cartoon character.)
“Well, the whole lot of us have gotten our shots, and clothing issues. Now we are waiting to be notified of further orders—maybe three or four more days yet. Friday, December 15, 1967, I was given a loading number 90, with which I get on the plane and go “south” to (RVN). I am sending this money order from this month’s check.”
“Hm3 Smith and I have become pretty tight, while we wandered about the base. He drew an earlier flight out for ‘Nam. I will be going later, at 1800 hrs this afternoon. By Sunday, I should have an address for you sometime after my arrival and assignment. So, in the meantime ….”
The plane made some maneuvers over the sea as it made its landing pass over the airstrip. At this point, I was wondering, ‘so, when do we get issued flack jackets, helmets, and rifles?’ As the plane taxied near the terminal, I was still asking myself this question.

About the recent event that took the the lives of Marines and Corpsman aboard the amtrac that sunk. I didn’t know who to write to with my idea so I decided to post it on Sgt. Grit because many people read the stories. I’ll make this short and sweet. I was assigned to 3rd Amtracs in Nam. I remember being on many river patrols. Anyway I also remember launching off LSTs and LSDs. The crewchief always, always made sure that a crewman was down below with the troops on board to make damn sure no one touched the escape hatches and there was always a new guy that thought about it. I know nothing about the new tracs, nothing about the training the Corps gives new amtrac crews or the grunts etc. who may have to ride inside the cargo hatch. If I was the Commandant, I would sink an Amtrac somewhere, pool, surf, etc etc and train everyone on how best to escape one of them. I’m sure there is one somewhere that is deadlined that the Corps could use for such a purpose.

Serving in this timeline I caught the DC military movement by hellivacopter in 1971 from LeJeune Marine Base to surround white house for about a week and went back to go to Camp Hanson Okinawa then on Pacific Fleet movement to Vietnam for Marine removal by Tricky Dicky Nixon. The commies piled up on the South Vietnamese with North Nam and in 1972 nay 140,000 to 165,000 uniform regular Chinese moved to get to Da Nang along the coast were 2nd Pacific fleet came in. In a meeting on ship we all decided to move the Navy boats into Da Nang river and clobber these communist with the big guns when they come through elephant valley, which was a communist blood bath… We used to hit the radio man and piped out his radio to the communist “We are the Marines, We are devil dogs, we are coming for you, we carry this flag so you know whom will kill you, and we bring you a helmet full of hell”. Their ranks lost 50% for their runaways… and marines made them run, run, and run… hahahaha…. and since we had a kill ratio 10 to 20 times higher than the army, they believed us…

My Brother-in Law Edward Davis and his granddaughter died in a house fire on Saturday May 29th. Ed was an old corps Marine having served as a tanker in Vietnam. Ed never talked much about his service in Vietnam but my sister Kathy told me he had some pretty horrific dreams about it. Ed was living with his daughter Patty Ann and her Husband Fred Fredricks (also a Marine having served in Iraq and Afghanistan and currently working for the Gatlinburg TN Police Department). Ed had been living with his daughter after his wife (my sister) passed away about 5 years ago. Patty Anne and Fred had two children, Shauna (bean) their 18 year old daughter, and Joey their pre-teen son. Shauna died with her Grandfather in the fire. Fred suffered burned lungs and is currently in the intensive care unit at the burn center in Nashville TN. Fred received those injuries because after realizing his Father-In-Law and his daughter did not make it out of the burning home he went back into a house that was fully engulfed in flames to attempt to get them out. Eddie is now with Kathy in heaven. Unfortunately Patty Ann and Freddy now have to mourn their daughter who was scheduled to start college in the fall. Patty Ann also lost her younger brother to a blood infection just moths ago. Pray for Patty and Fred? They really need it.

I served in the USMC from April 1976 through June 1997. I attended Officer Candidates School (PLC Combined) the summer of 1976. I was assigned to Delta Company, 4th Platoon and my senior drill instructor was GYSGT Wells. I remember reading the list of casualties from the Beirut bombing which killed many outstanding Americans, and unfortunately there was 1st Sergeant Wells name. I was very saddened about his death because he was a great Marine who shared many of his life experiences from Viet Nam to our platoon of officer candidates. He went above and beyond traditional Marine Corps training requirements, he shared a piece of himself with us. God Bless you 1st Sergeant Wells and Semper Fi.
Stephen Hill
Major USMC (Ret.)