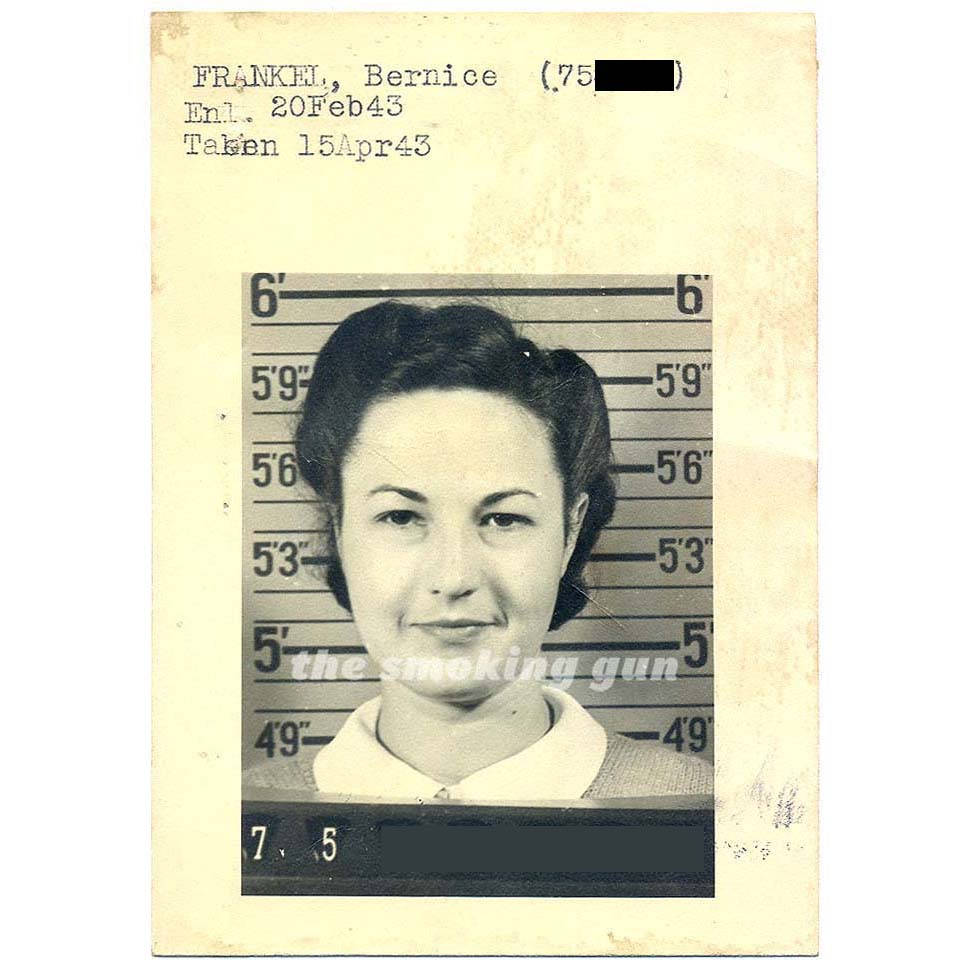 In July 2009, a Jerry D. was telling all about famous people that contributed to Society but have also earned "The Title", he mentions Bea Arthur (Golden Girls) having categorically denied she was a Marine. Here is an update w/pic:

DECEMBER 9 – While she strangely denied serving in the armed forces, military records show that the actress Bea Arthur spent 30 months in the Marine Corps, where she was one of the first members of the Women's Reserve and spent time as a typist and a truck driver.

The "Maude" and "The Golden Girls" star, who died last year at age 86, enlisted in early-1943 when she was 21 (and known as Bernice Frankel). In a February 1943 letter included in her Marine personnel file, Arthur gave military officials a brief account of her prior employment as a food analyst at a Maryland packing plant, a hospital lab technician, and an office worker at a New York loan company.

Arthur was due to start a new job, but she "heard last week that enlistments for women in the Marines were open, so decided the only thing to do was to join." While she hoped for an assignment in ground aviation, Arthur noted that she was "willing to get in now and do whatever is desired of me until such time as ground schools are organized." She added, "As far as hobbies are concerned, I've dabbled in music and dramatics."

As part of the enlistment process, Arthur underwent interviews that resulted in the production of "personality appraisal" sheets. One such analysis described her conversation as "Argumentative" and her attitude and manner as "Over aggressive." In a handwritten note, the Marine interviewer remarked, "Officious – but probably a good worker – if she has her own way!"

Arthur is pictured here in an official Marine photo taken shortly after her enlistment. A second undated portrait can be seen above.