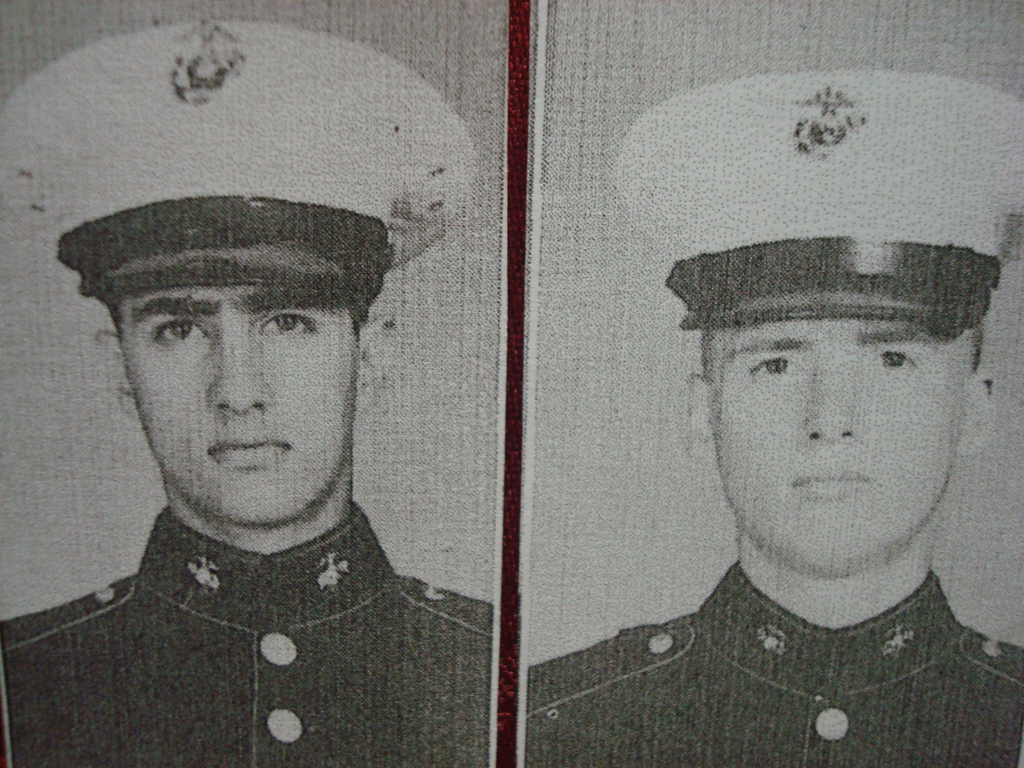 In March of 2012 I submitted a story about my foolish act at MCRDPI rifle range back in 1958, which appeared in Sgt Grit newsletter of April 5, 2012. Surprisingly, another member of my boot camp Platoon 281 happened to see it and requested my contact info. After receiving notice from Sgt Grit I promptly and eagerly replied and days later I received an email from that Parris Island “boot camp buddy” Richard “Rich” Robbins on the west coast. We both thought it a little amazing, that after 56 years, we once youthful, 17 year old Marine recruits, now 73 and 74 year old senior (Marine) citizens, were suddenly re-connected by an electronic device called email. Needless to say, this mutually unexpected reunion has been enjoyable for both of us, engaging in nostalgic boot camp recollections and typical USMC scuttlebutt. Comparing notes we find our civilian lives and interests have many similarities, plus we both still adhere to certain Marine Corps habits, such as grabbing our shirt-sides, pulling them tightly-in backward then stuffing them into the backside of our trousers and also, aligning the edges of our shirt-front, belt buckle and zipper flap of our trousers. And don’t even think of stepping on our shined (for the most part) shoes.

Both Rich and I hail from different parts of eastern Massachusetts but while I still live here Rich (smartly) relocated to California in the early 80’s. We didn’t know each other at the time of our individual enlistments but assuredly, we must have been on the same train that July of 1958 from Boston to Yemassee, and on that nice bus to PI. We ended up in the same platoon for those 13 awesome weeks of hell and graduation day of October 1958 was the last time we would muster together, until June of 2014.

We both pulled the same duty station, 1st Mar. Div., Camp Pendleton but as typical, our paths never again crossed (including ITR Camp Geiger at Lejeune). Rich was assigned to 3rd Amtrac Bn (Camp Del Mar) for a year then to electronics schooling at TI and San Diego after which he was sent to 1st Marine Brigade (Airwing) FMF at Kanehoe. I went to 1st Bn 9th Marines (then based at Camp San Mateo) for a little over a year before shipping out to 1st Bn 3rd Marines, 3rd Mar. Div. FMF (then based on Okinawa). While in SE Asia in 1961 our separate units were summoned to readiness to respond to Pathet Lao communist aggression in that country of Laos, but which our orders would be recalled. We would both make it to Cpl-E4 before completing of our four years.

Since our initial emails of 2012 Rich and I have stayed in touch and plan to carry it on. And as luck would have it, we had the opportunity and pleasure to meet in person last June when Rich happened to travel to Mass. for another purpose. We met for lunch in Plymouth, which by-the-way is hometown to his Pilgrim ancestors, securing his membership in the Mayflower Society (I hope he doesn’t mind me taking the liberty to mention this personal, but rather interesting fact. If he does, guess I’ll have to get down and give him fifty). I’ll go further to say that he’s also a dedicated member of his local chapter of The Marine Corps League, which he proudly and effectively serves.

Anyway Sgt Grit, thanks to you and to your dedicated staff for your superb website and products catalog, which caters specifically to Marines and especially for your newsletter, which provides a convenient path in helping make these kind of unexpected reunions possible.

Lastly, for a grin, I’ve attached two different sets of photos of Rich and myself: one of “then” from our 1958 MCRDPI book and the other of “now” from our 2014 lunch reunion. Regardless of the space in time and age, I think we all share the same passion for our great United States Marine Corps and always will… so here we both stand, Recruits then, Marines still.

“Once a Marine, Always a Marine”