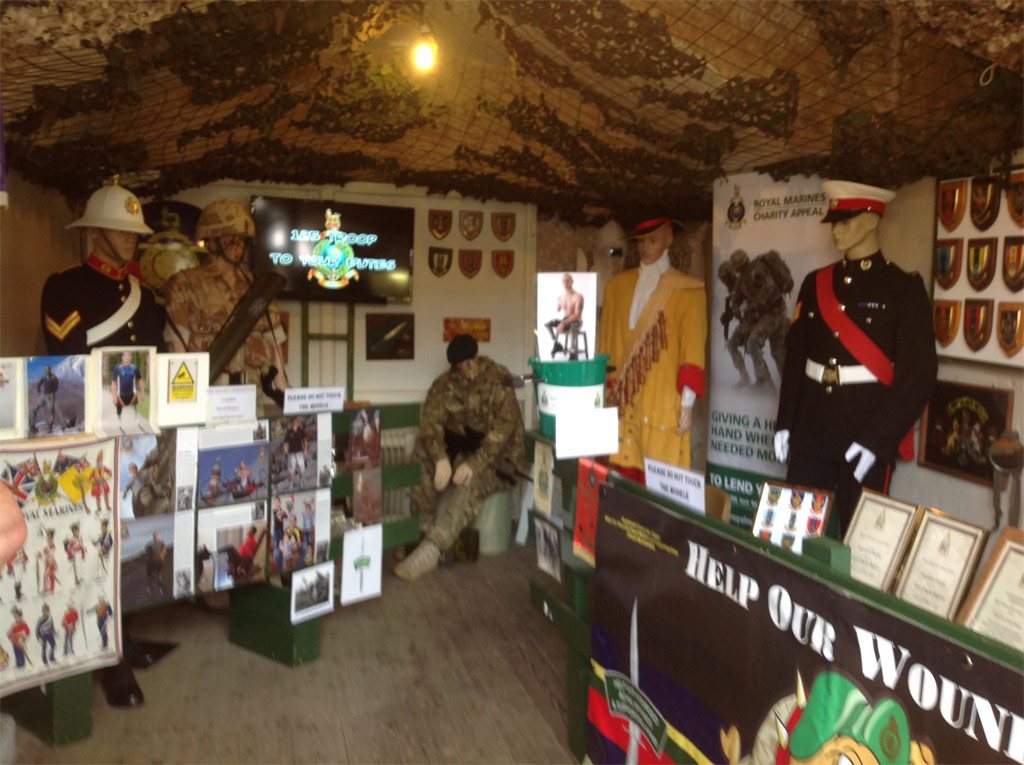 I was reading your Oct magazine today and a write up from SGT BOB HOLMES mentioning over the side in '53, well I was a Royal Marines Commando on board USS Mount McKinley the 6th Fleets Commando ship off the North Africa coast in 1962. I was in 40 Commando at the time and the USMC & Royal Marines were on a large exercise and we were climbing up and down the nets that were hanging off the ships side, then in landing craft and assault the ship using the nets, and the ship was in a 12ft swell so many Marines from both Corps were as we say "Chucking up".

Take care Marines where ever you may be…

PS: I created this small but very interesting display, as it covers our Corps from 1664 to now. I raise money for our Wounded Royal Marines and this year from April 1st till today I have collected £2,178 pounds and 47 pence with 2 weeks to go. I've got to make £2,300 by the end of this month, October.