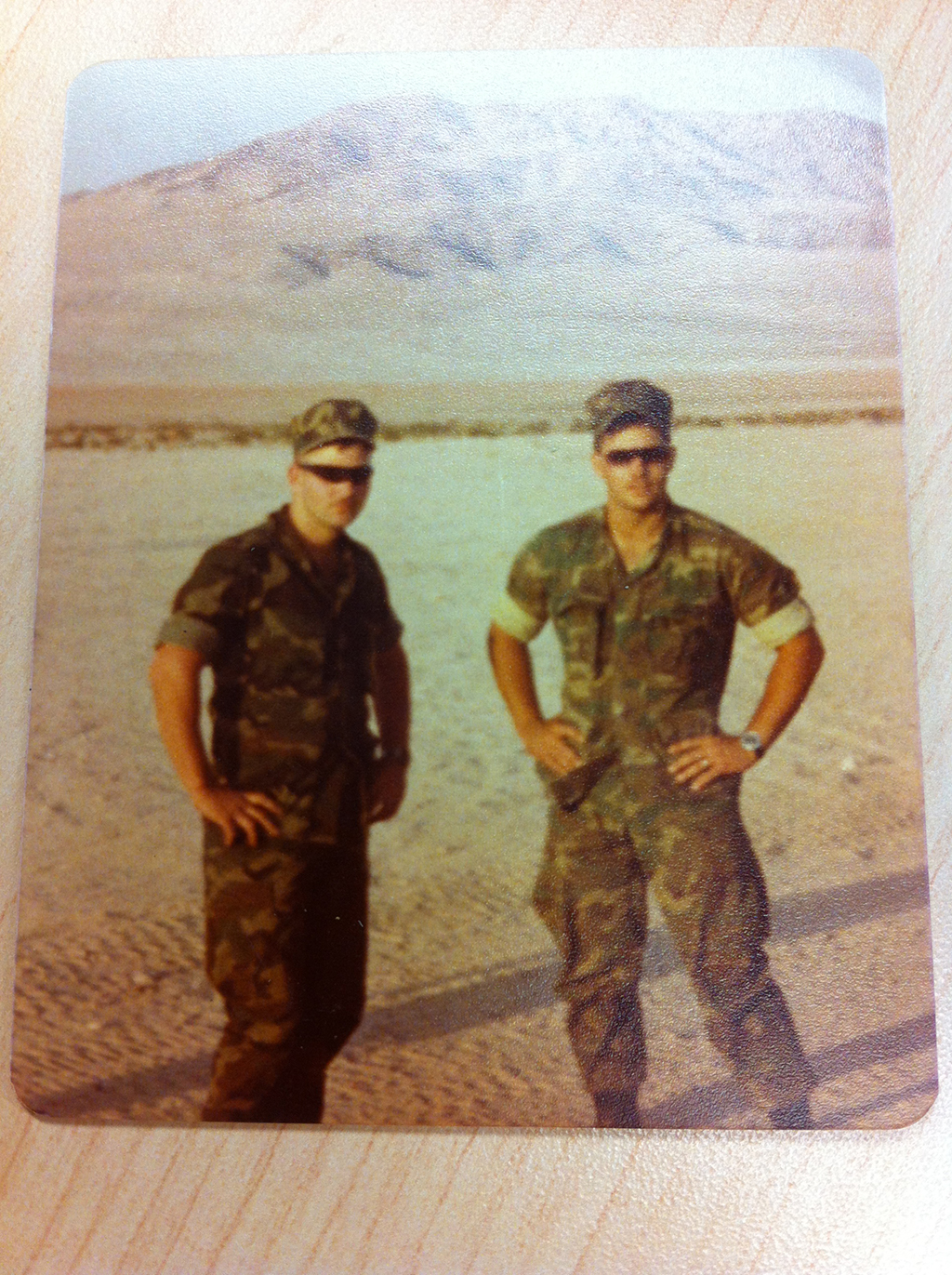 Incidentally, it was during this time that I was involved in a minor Helicopter crash. One evening during a night Helo operation (Lima 3/8 was a Helo Assault Unit) several of us 0331 m60 machine gunners were cross-training with a 50 cal machine gun team and we were loaded onto a CH53. This next part I am unclear of as my memory is a bit cloudy, but we were fully combat loaded down both sides of the benches of the 53 and I think we had a jeep in there with us as part of the cargo that belonged to the 50cal gun crew. The 53 lifted and moved up and forward as they typically did on takeoff, but the bird started shuttering and then dove forward and crashed. It was pitch black outside in the desert so we had no idea how high we were, but I later was told that we were only about 20 feet off the ground when the 53 pitched forward and crashed. We were seat-belted into the bench seats, but the crew-chief was thrown forward and bounced forward to the cockpit because he was just supported by a lanyard I believe. We were not injured and the crew chief was only slightly hurt, but I never heard any more about the incident. Is there any Jarhead or Doc reading this that recalls that incident?