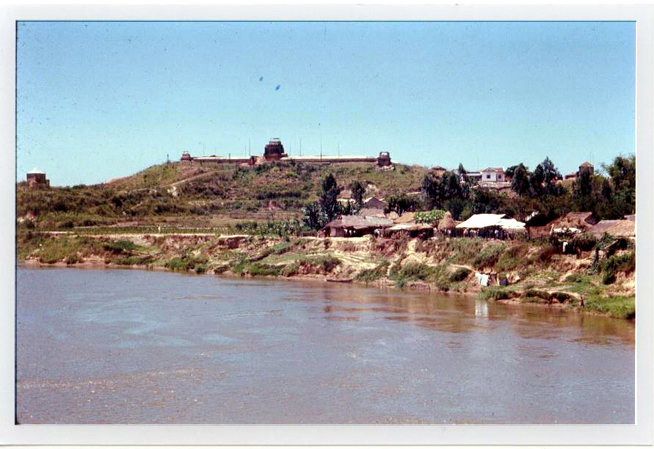 I can’t remember if this took place in late 67 or early 68 . I was walking point on a road sweep headed towards Liberty Bridge .We had just left 4 corners from Hill 37 I was with H&S Co 3/7 Ammo tech. We were about half way to the Bridge. As I remember to the south of the road the tree line was about a hundred meters. On the left side the tree line seemed to be about 400 to 500 meters. The terrain was all flat ,old rice paddies. Sweeps can go pretty slow because the Engineers were always finding something. We had stopped and as I was standing there I noticed to to the north (left side of road ) all theses animals were coming out of the tree line .My first reaction was. Hey! something is causing this that shouldn’t be. Then I saw something I’ll never forget. Of course, I couldn’t tell right off . This took place within a minute. A line of water about 2 to 3 ft high came out of the tree line doing about 5 knots give or take a few and seemed to take up the whole horizon . The road we were on was about 20 meters high. Within a minute the wave had hit the road with such force it splashed up on me. In the mean time it’s like a chinese fire drill trying to get back to the hill. Within an hour the the whole hill is surrounded by water. The old bridge at the village of Dai Loc, the river ran at least 30 meters under the the span . After this happen the river was just a few meters under the bridge. For three days we couldn’t get off the hill until the water subsided. Nobody had ever seen or heard of this happening. Years later I was looking at an old Leatherneck magazine and there was an article about what took place. This phenomena takes place about ever 4 to 5 years .The waters from the snow , rain accumulate in the mountains then all of a sudden runs down into the valley. It was a sight to see .Did anybody else remember this. Semper Fi my friends. Sid Crews 3/7 November 66 thru July 68

Reading one of the story’s about Da Nang and MPC’s Exchange reminded me of a similar experience.

I had a buddy named Dave Hill while stationed with the 1st MAW at Da Nang. Dave was a member of a group called the “CAT” which stood for civil affairs team. It was a position you wish you had. 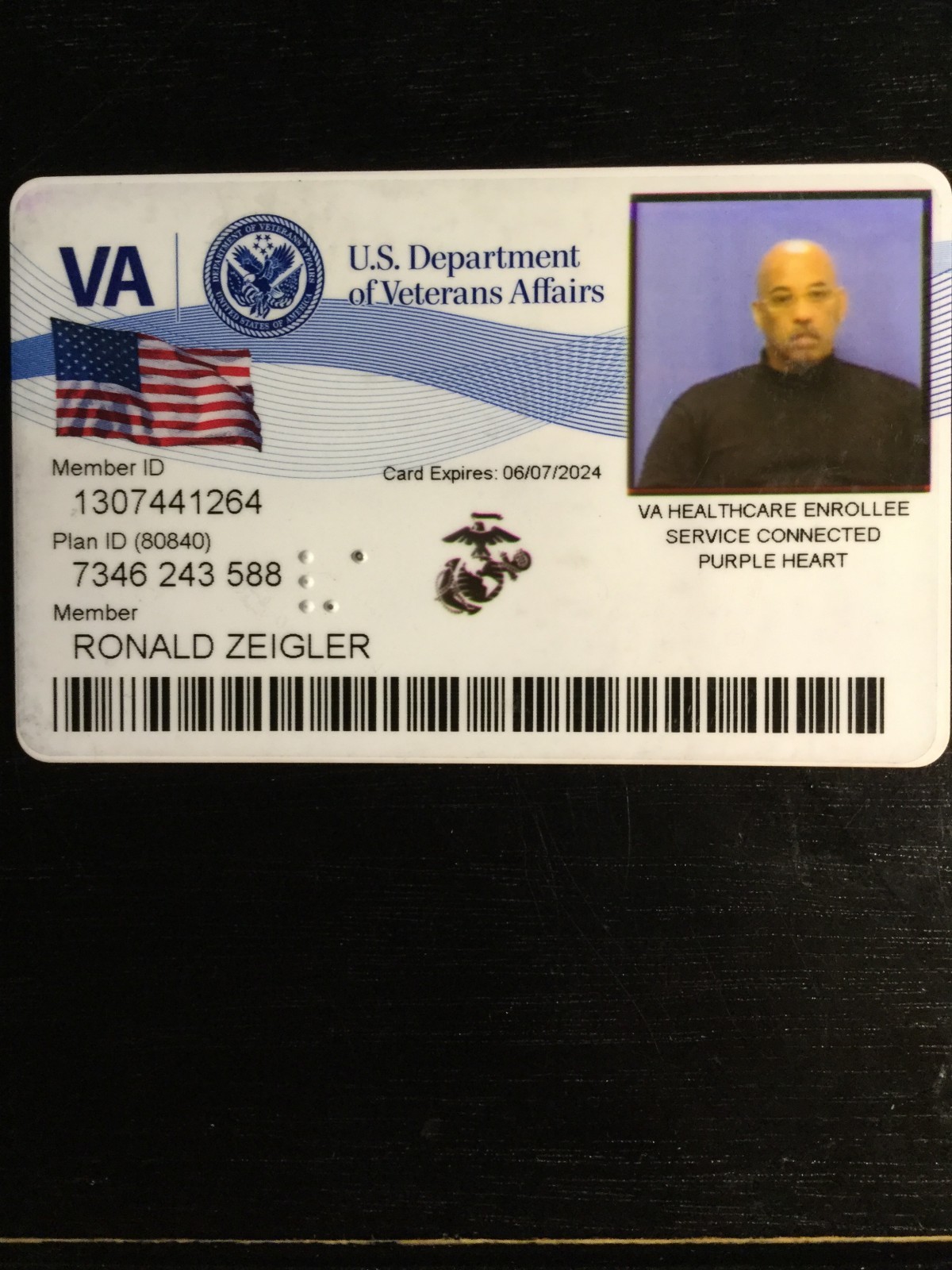 As you all have heard, there are plenty of people who will impersonate a Veteran to get the meager perks that are offered to us. One way to help in weeding out these creeps is to show any military id that you have. On more than one occasion I’ve been offered a military discount just off of my wearing one my Sgt. Grit caps or other apparel. I always insist on showing my VA id and informing the person that they should always ask for it. Anyone can buy apparel. All those guys wearing Yankee gear never played for that team. Those of us who are Vietnam vets know that in today’s climate, “Thank you for your service”, is becoming a buzzword. I do feel that most people are sincere and it is my own experiences and biases that cause me to bristle before I smile and say thank you. Take care, all Veterans and active duty. Semper Fi!
Sgt. of Marines, 2/4 & 2/26, Vietnam ’67-’68.

For conspicuous gallantry and intrepidity at the risk of his life above and beyond the call of duty while serving as a combat photographer attached to Company C, First Battalion 5th Marine Regiment (United States)” First Marines, First Marine Division, in the Republic of Vietnam on 12 October 1967. During Operation MEDINA, a major reconnaissance in force, southwest of Quang Tri, Company C made heavy combat contact with a numerically superior North Vietnamese Army Force estimated at from two to three companies. The focal point of the intense fighting was a helicopter landing zone which was also serving as the Command Post of Company C. In the course of a strong hostile attack, an enemy grenade landed in the immediate Carea occupied by Corporal Perkins and three other Marines. Realizing the inherent danger, he shouted the warning, “Incoming Grenade” to his fellow Marines, and in a valiant act of heroism, hurled himself upon the grenade absorbing the impact of the explosion with his own body thereby saving the lives of his comrades at the cost of his own. Through his exceptional courage and inspiring valor in the face of certain death, Corporal Perkins reflected great credit upon himself and the Marine Corps and upheld the highest traditions of the United States Naval Service. He gallantly gave histhe San Fernando Mis  life for his country. 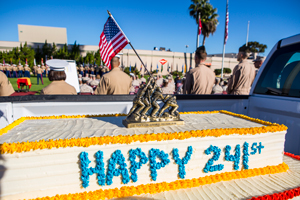 Each year on or around 10 November, Marines gather in groups large and small to celebrate our history, honor the memory of those who have gone before us, and rekindle the bond that unite all generations of Marines. This year, we mark the 241st anniversary of our Corps- 241 years of uncommon valor, innovation, and combat excellence. 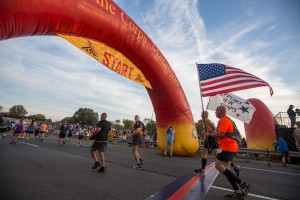 This past Sunday (30 Oct), I attended the Marine Corps Marathon in Wash. D.C. and,NO I did not run the course but, my daughter and her boyfriend did. Later that day we were having dinner and,I ask how this race was,compared to other races.They both agreed,”The best race ever so far”! The highlights for them was especially “The Blue Mile” where for a mile long stretch of the course volunteers stand along the course holding American Flags and photos of fallen service members.It was mostly silent during that part of the course. My daughter told me that the most emotional part of the race was at the finish line when a young Marine placed the medal around her neck and ,shook her hand.She could not hold back her emotion and started crying so the Marine hugged her but ,she started crying more .She will go again next year I’m sure! On a personal note. I met a lot of 19 &20 year old Marines there that reminded me of how young we were when we went to war. SEMPER FI !! Harry

I saw Bob Hoover flying his Shrike Commander and his personal P-51 maintained in perfect condition for him on every occasion. I was anywhere he was performing. From the tmi I was a fledgling pilot in the early fifties until many years later. I considered him the very best of the best. I will not try to tell any stories about his exploits they are too numerous and interesting but I will relate one show that he starred in at Dulles air show way back in the 70s I believe. He went through his routines with the Commander and P-51 and as I recall just before a hellacious thunderstorm swept across Dulles airport and the parking lots where people were rushing to escape thworst and largest hailstorm I ever saw in the area up until that time. The ice crystals were not round they were chunks of ice sharp and some jagged and pointed. Many folks were screaming and trying to get to their cars but since the wind was blowing up the ice so hard, the safest thing to do was get behind the left side of a car below the hood line and hope for the best. The storm passed and as I recall, Bob Hoover was right back the next day doing his miracles with his planes. It was a notion after that, that two smart mouthed FAA officials raised a Spector that he was too old to be flying before crowds of adoring fans and this began the battle of his career just to keep doing what only he could do.

The black market had a lot of the MPC in their hands so it was time to change it. It was in 1969 and we were stationed at a little outpost just outside Danang. We knew a lot of the girls in the surrounding Vills had a lot of MPCs from a little boom booms. So myself and 2 of my buddies decided we would go out to the bills and tell the girls we would take their MPCs and exchange them for 50 percent. Our idea was good but we had to find out a way to get off the base. The Guards wouldn’t let us out the front gate , so we decided to sneak out of the base, but it was surrounded by contstitena wire so we had to find a place where there was no trip flares. We managed to get out OK but I ripped the ass out of my fatigues on the way out. We got to the Ville and told them our plans. One of the Papasans didn’t like it. We told him 1/2 is better than nothing. He finnaly agreed and us three nuts headed back to our base. We couldn’t find the opening where we got out. While doing this a jeer was coming down the road shining the spot light. They seen us and stopped (thank God they didn’t shoot us). They loaded us into the jeep and took us into Danang. There they put each one of us in what looked like dog cages. They called our unit and told them to come and get us. Un be known to us the phone call was answered by a Corporal and he told them he was a Major and he would be right there. After about an hour one of the MPs let us out of our cages and turned us over to the “Major””. When we all seen who it was, our buddie had a cover on with the Major insignia on it, we had all we could do trying to hold our straight faces.We made it back to camp and when the keep came through the gate, the guard stopped us and saluted the Major. We all had a good laugh and we kept the end of our bargain and gave the Villes Papasan his 1/2. 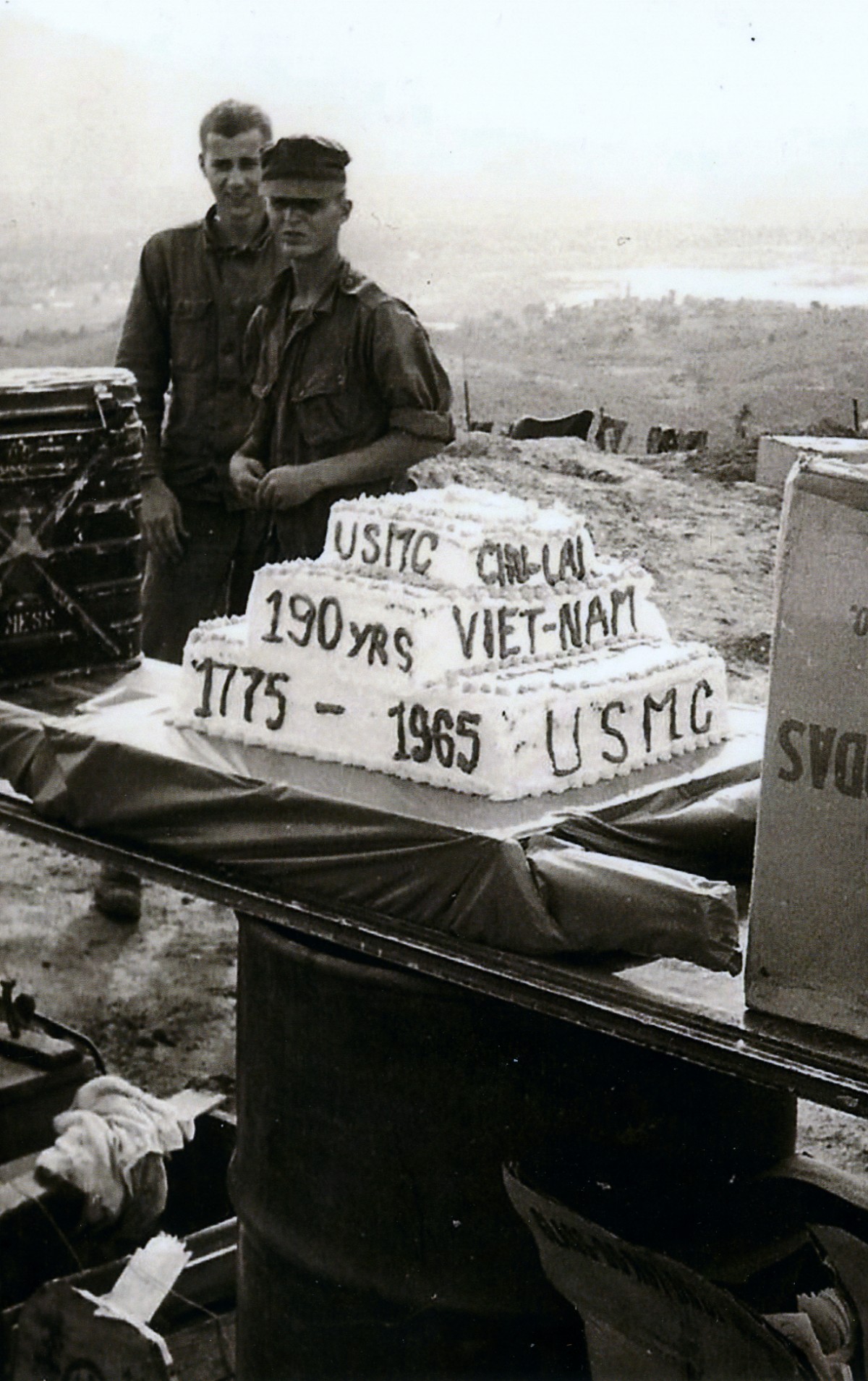 Photograph. It was taken by Adrian Aldrich.
Elements of 2nd and 3rd platoons of India Co. 3/3 occupied the top of Hill 69 about three miles west of Chu Lai airbase and manned the road block there. I believe the grunt in the foreground is Mike Irish but I do not recognize the other
troop.

I was stationed at Kaneohe Bay Hawaii from March 1960 to March 1962 and while there myself and two buddies had a apartment in Waikiki and spent a lot of off time there. I also had a girlfriend who lived in the same apartment building with her four girlfriends and we all spent a lot of time on the beach.