The date was Feb 67. I was on my way back after a 30 day free leave for extending 6 months. Flew in to DaNang with a E-7 sitting next to me asking a billion questions. Now at that time transit was in hardbacks near the airfield, no Hilton yet. It is night and I am BSing with a team from 26 Marines. They there for rabies shots. All the sudden we hear a “freight trains” going over our heads. Then loud explosions on other side of airfield. Well this same E-7 runs in yelling about getting into the trenches. So being good Marines we get up go out and proceed to watch the FNG’s jump into a trench 1/2 full of water and mudd. We did not say a thing, just walked back to the hootch a went to sleep. Funny, never saw that Gunny agian. Semper Fi 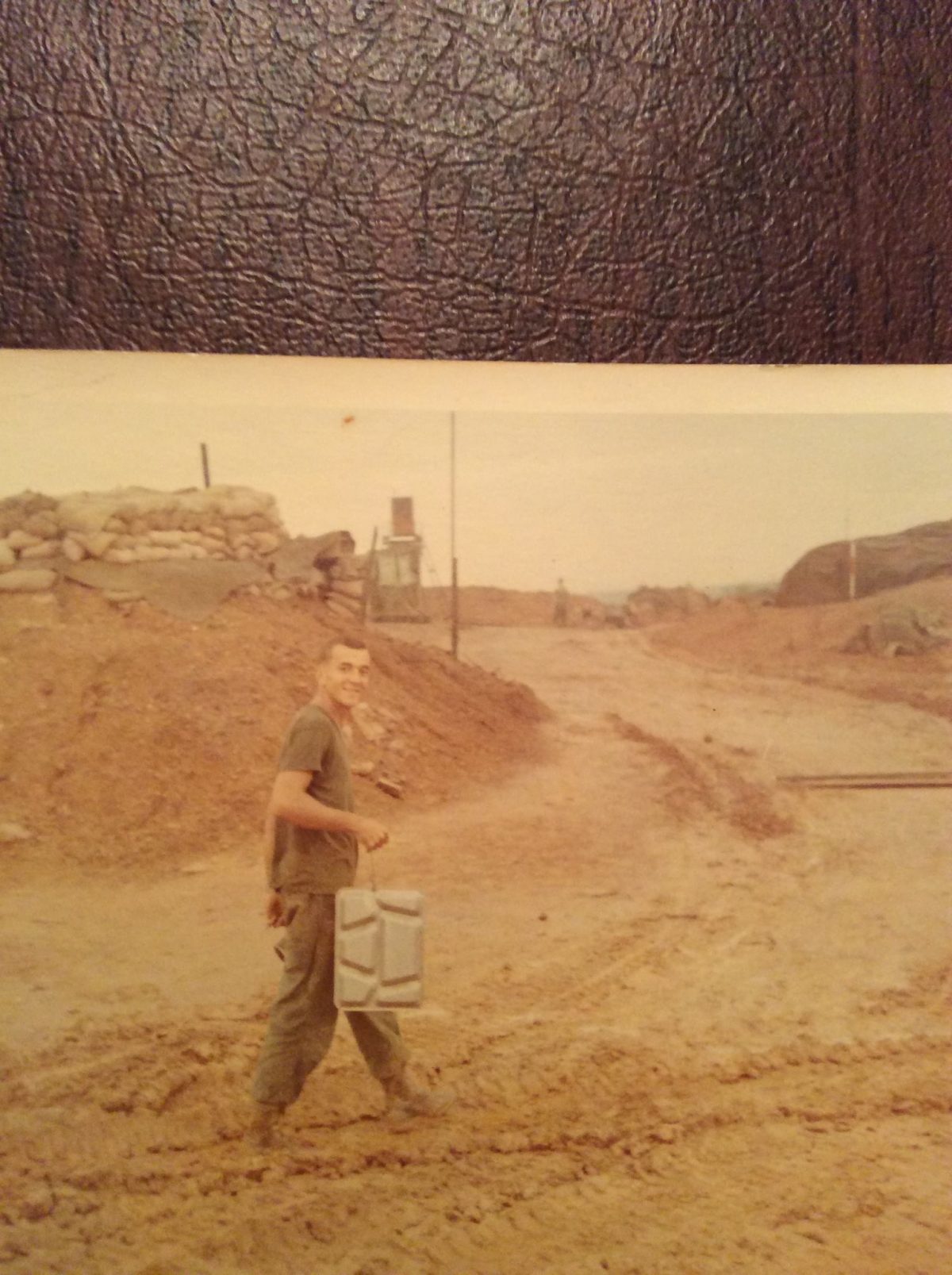 While in artillary stationed in ICorps I got very sick. I was med evaced to a hospital in Danang. While I was hospitalized I got a dear JOHN letter from my girl at home. There was a list at the hospital of girls who would write to service personnel in Vietnam. I began writing to Lori Ivy. When I was released from the hospital I was still weak from my illness. I was sent home. I lost Lori’s address. I never could thank her. I couldn’t tell her what her letters meant to this young Marine sick on the other side of the world. I couldn’t even tell her I was sent home. To this day I think of her and hope somehow she will know how important she was to someone she never met. Semper-Fi Lori Ivy. ??

Joined USMC one day after turning 17, spent my 18th birthday on hill 225 out side of Phu Bai (I 3/4). Did a Med Cruise with the 6th then a another tour, Khe Sanh with H 2/26. Quite an experience, never regretted it, always enjoyed hunting and camping. Oh yeah did college after my service. Semper Fi

It is pure joy to read these comments and the accuracy conveyed about our U S M C and values it creates. 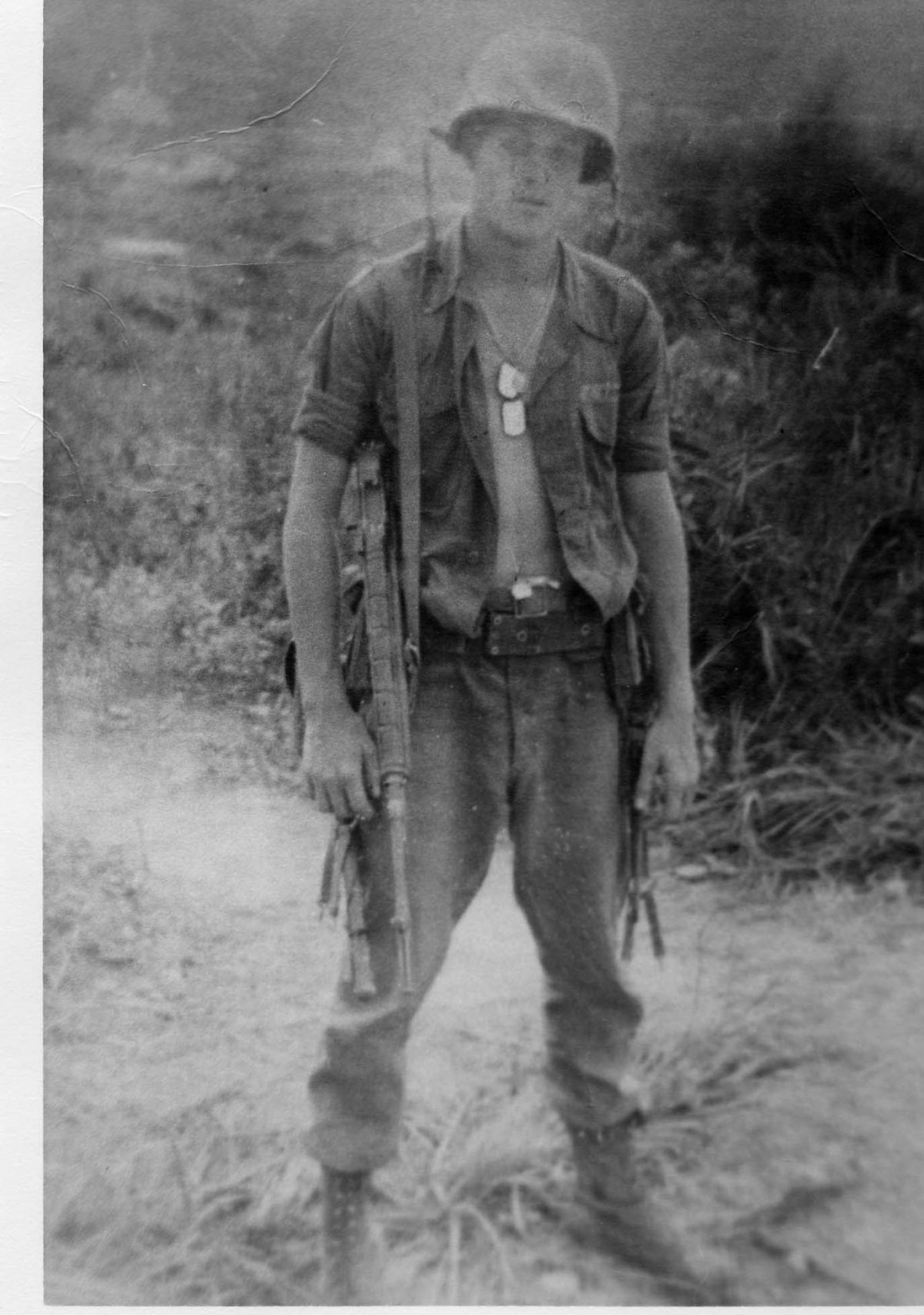 It was in the late summer or early fall of 1963, when at the age of 17, I got my parents to sign the consent form needed to enlist in the Marine Corps. With the consent form and pocket full of promises from the local recruiter I went down to Whitehall Street in lower Manhattan, NY to join up.
During my physical exam the Army doctor, who looked like he was about 80 years old, mixed up my paper work with the poor guy standing next to me. This guy had rheumatic fever as a child and should have been classified 4-F.Unfortunately he got my 1-A classification and I got the 4-F classification.
I was not a happy camper! To let everyone know they made a big mistake I shouted, cursed and threatened everyone around me until I was given the “bum’s rush” and escorted out the door.
Not willing to give up my quest to join the Marine Corps, I waited about two months and went to a different recruiter and started the process all over again. Remember this was the pre-computer days and you could get away with it.
On the day of my physical exam I had a different doctor. I passed the exam without a problem. As I was mentally congratulating myself I felt a tap on my shoulder. I turned around and was stating at a chest full of ribbons. I’m 6”1” but I had to look up about six inches to see a face that belonged to a very large MP. Behind him was an even larger MP. I was informed that I was about to be arrested for fraudulent enlistment. Of course I denied I was ever there before and tried to convince them they were mistaking me for someone else. One of the MP’s laughed and said that I made such a big stink he actually put a photo of me on his wall in the MP office.
After some desperate negotiations on my part the OIC at Whitehall Street told me to come back at 7:30 AM the next morning with an overnight bag. He told me I was going to be shipped over to Governor’s Island for a series of exams to see if I would pass a more stringent physical exam.
The next morning I boarded a ferry boat to Governor’s Island. There were twelve passengers going for physicals. Eleven of them were trying to get out of the Army and I was trying to get into the Marine Corps. I never regretted getting on that ferry boat.
Fast forward from that point on….I went to Parris Island in the first week of January 1964….made PFC out of Boot Camp…..and was attached to the one of the first combat units into Vietnam- 1st Battalion 3rd Marines in 1965.

I’d like to respond to the making of L/cpl. In boot camp. I went to MCRD San Diego in July of l969 also. I shot high series, and I got Pfc. You were promoted to L/cpl. while at the rifle range, when at the rifle range we weren’t even Marines yet. The rifle range was just phase 2, the half way point. After the range we were sorta promoted, we were allowed to blouse our utility’s. That was a big deal. I guess P.I. might have been tougher but did you ever stand outside after chow, and stare straight ahead and see the airport, a ride out. I don’t care if you were a holiday Marine or a P.I. graduate, we are and will always be Marines.

Remember in boot camp the scrub brush and the soapy water and the tables we scrubbed our clothes on. Some guys did this in Camp Geiger too! I went home after Camp Geiger on a bus from North Carolina with my sea bag and dirty laundry.

My mom went apesh-t when I emptied my sea bag on the Persian Living room carpet! She made me take it to the Chinese Laundry around the corner. Major cities had these Chinese hand laundry’s – that did predominately linens – table clothes – and shirts. The old Chinese gentleman spoke little English and gave you a receipt with Chinese characters on it for a stub. He weighed the sea bag – and bowed to me. Two days later I went to pick it up – and my mom paid back then like $20.00 (which was very expensive for those days – when a regular laundry would cost less than $5.00.) The Chinese guy went berserk yelling and screaming and pointing at me – the guy’s wife came out of the back to quiet him down – and calmly explained to me that my skivvies and utilities were so dirty I clogged the pipes when they cleaned the dirty clothes. My utilities were now sparkling – and my skivvies were bright white – rough socks were smooth to my skin. A rare treat for a Marine after boot camp.

Can someone verify for me where the Everly Brothers went to boot camp? I was at MCRD San Diego Oct 61 to Jan 62. I know I saw them in formation with another platoon a couple times. However, I ran into a Marine recently who swore to me he was with them at Parris Island. My Platoon number was 385. A Marine wouldn’t lie. Did I dream it?

To too add to the great corpsman story, I was a squad leader in a 81mm mortar platoon from ’59 to ’64. Doc was the best, he could be counted on in all cases even when we had to clear misfires. I say great story.