When at Camp Matthews for our rifle qualifications our Senior DI, after our adventure on Little Agony, which resulted in only 10-12 making it to the top (with their seabags), decided we needed a few new commands when marching to chow. read more 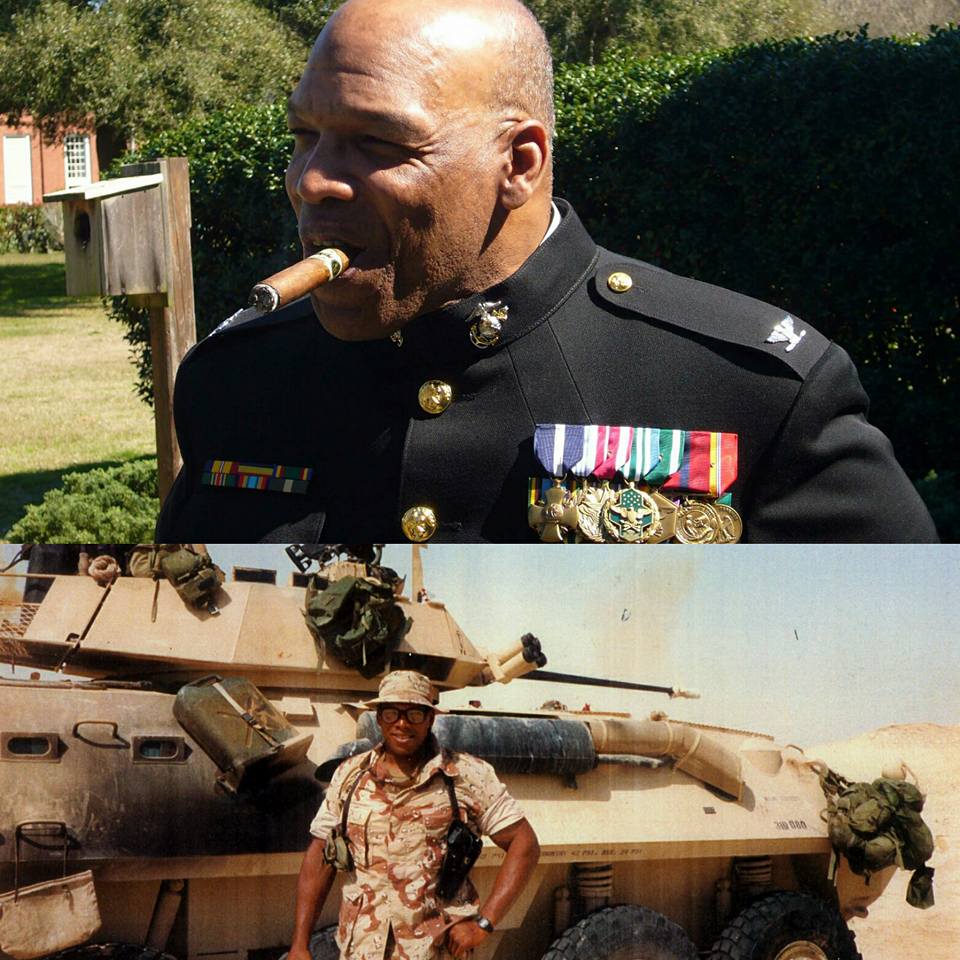 As a freshly minted private home on leave from Parris Island, I attended the local Veteran’s Day Parade in Utica, New York with my step father and mother. Since none of my civvies from before I went into the Marines, I went in my Class A’s. After a while, a group of veteran’s from the local American Legion were marching by and one gentleman, a Korean War US Army veteran waved me over. He wanted me to march with them. I politely declined as I was just fresh out of boot camp, but he insisted. I felt honored and after a couple of minutes of him and his fellow veterans encouraging me to join them, I did, marching along those brave men for the rest of the parade. Even today, it brings tears to my eyes. Thank you to all who have served. You are my heroes. Semper Fi. read more

Thanks for this story and your experience of meeting this extraordinary gentleman and Marine. My, Montford Point Marine story.
In 1969, I joined a police dept. here in Ga., and became friends with the only Black Sgt., with this agency. This Sgt. was one of them, which became known as “The original 9 “, the first Black officers hired in Ga. Later, as Marines will often do, start talking about our Marine past. I learned He Sgt. White, was in the group of the first Marines at Montford Point.
This Marine is still alive. I believe he’s 98. read more 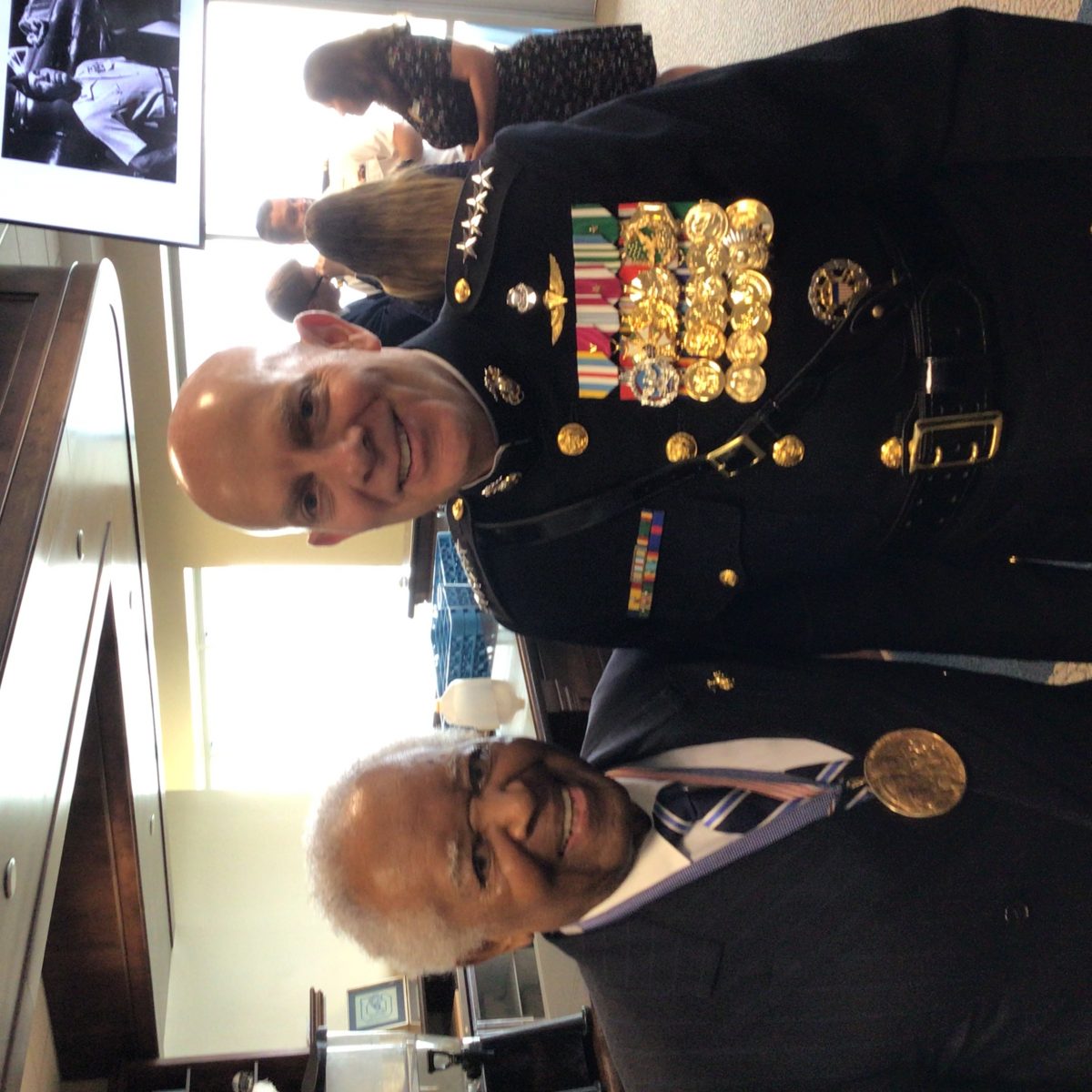 Like Many Marines, I look back on my years in the Corps with best of memories. I graduated from The Citadel, Class of 1964, attended Officer Candidate School, and had a three year obligation. However I extended a 4th year to remain on sea duty, a 5th year to serve in Vietnam, and a 6th year as B Company Commander, 1st Recruit Training Battalion, MCRD, Parris Island. I was deployed out of country 4 out of 6 years.
I left the Corps to pursue a career in the Maritime Industry, and relocated a total of 11 years, with little time to reflect on my time in the Corps.
And then several years ago, by chance, I met a US Ambassador and Montford Point Marine. For those that don’t know Marine Corps history, they were the first African Americans to integrate the Marine Corps at the start of WW2, and then trained separately at Montford Point, NC.
The Ambassador has led a lifetime of achievements and accomplishments, starting as a young Marine on Guadalcanal, and is still running like there is no tomorrow.. He credits his good fortunes in life largely to our Marine Corps, who taught him those valuable lessons that the Corps taught all of us, starting with hard work pays huge dividends.
We recently visited MCRD, Parris Island, where as guest of the Commanding General, the Ambassador was the PRO, or Parade Reviewing Officer for a Recruit Graduation Parade on this last April 22nd.
And several weeks ago, we were guests at the vessel commissioning of the USS Frank E. Petersen, DDG-121, in Charleston, SC.
The vessel naming was after our first African American General in the Marine Corps, Lieutenant General Frank Petersen, as well as our first African American Marine Corps Aviator.
Also present, the Secretary of the Navy, the Chief of Naval Operations, the Commandant of the Marine Corps, and one of the Ambassadors long time friends, retired Marine Major General and Medal of Honor recipient, Jim Livingston, and of course the great Mayor of Charleston, John Tecklenburg, and Congresswoman Nancy Mace of South Carolina’s 1st Congressional District.
The Congresswoman is a graduate of the Military College of South Carolina, The Citadel, Class of 1999, and the daughter of Army General Emory Mace, a highly decorated Vietnam veteran, and also a Citadel Graduate.
Our US Military has no better friend in our nation’s House of Representatives than Nancy Mace.
As the Ambassador’s acting Chief of Staff, a Marine Officer, and decorated Vietnam Veteran, I have the honor of planning his trips, and setting up his itinerary. At 96 years old, the Ambassador has no intention of slowing down.
Google Ambassador Theodore R.Britton Jr, History Makers.
The Ambassador is a reminder that the Marine Corps never leaves us, and We are Family. Semper Fi read more 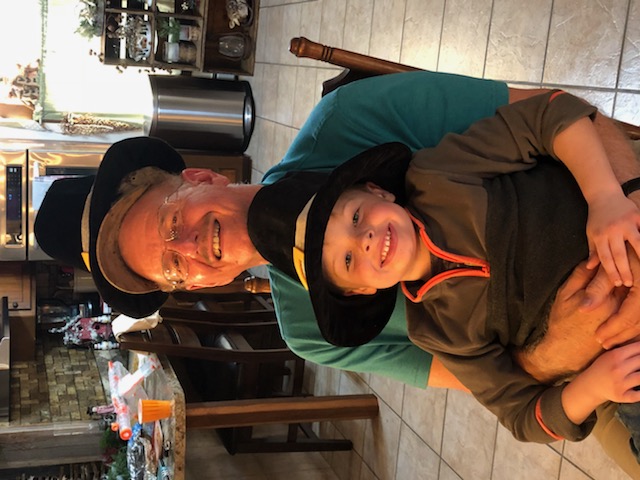 I spent 9 months in electronics school, learned how to study, spent one year in the field, six months in Vietnam, returned stateside and was an electronics instructor for a year. After 3 years, two months and six days I got out a sergeant E5 and went to college on the GI bill. I met the girl I would marry while in the Corps and we celebrated our 50th wedding anniversary last year. While I got a biology degree in college, it was my electronics training that got me my first job that would be my career. The Corps gave me a wife, the tools I needed to get through college, and a 40 year career. read more

I was at my Medical Board, Lakeland AFB in Texas in 1995. The was a van full of men and I was Only female. We pulled up to the flight terminal and this Marine about fifty stuck out his arm and said wait= you heathens! There is a lady here!He lifted out my bag even though he was walking with a limp. Till this day I remember that Marine. So yes all these years later i remember sweetly this nice kind Marine classy to the Core(“Corps”)and how he made me feel . We are not broken men and women soldier but a spear sharpened by our experience to teach the next generation! On the other side of physical and metal suffering we served a country we love day and night. Honor does not take a day or hour off it is true and steadfast.Though my hair is gray I am still able to remember this kindness. A new Movie Says ,”People try to forget a lot but they never forget kindness.” read more 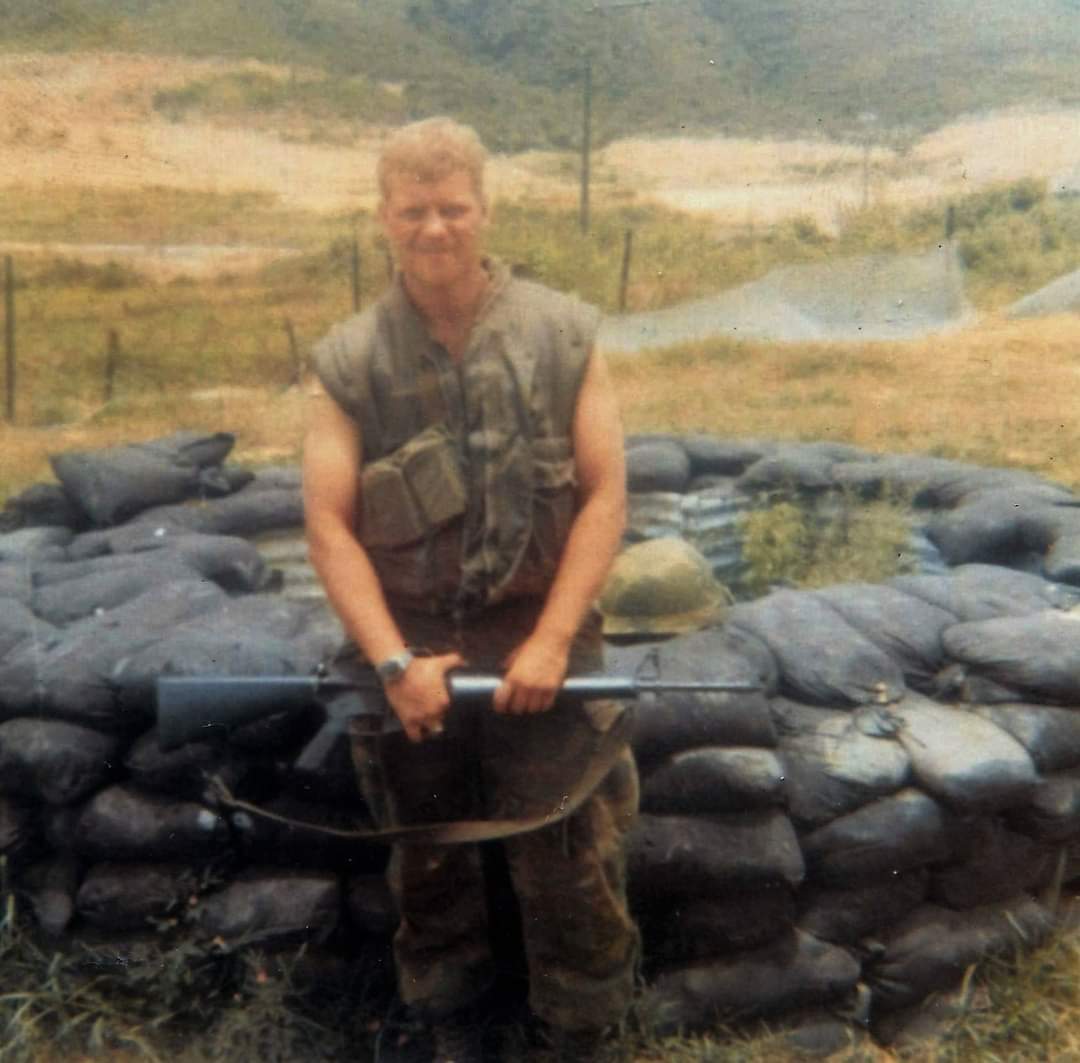 As a nineteen-year-old college drop out, forty years ago on this past August 18th, I was being pushed and shoved off a bus at MCRD, San Diego, California, as we ‘boots’ were trying desperately to move as fast was we could for what we were all sure was a bunch of rabid DI’s. They were after all, foaming at the mouth. With my voluntary three year enlistment, when I placed my feet upon those famous yellow footprints I had willingly entered a world of controlled chaos for the next thirteen weeks. But it was thirteen weeks of an organized, skillfully planned, detailed and time tested mayhem that were necessary to prepare me for the thirteen months of the hell on earth called Vietnam. read more

Staff Sgt. Robert Daniel Rogers passed away during the helicopter malfunction & subsequent crash in Aviano, Italy on Nov 8, 2007. An absolutely senseless & preventable death. He was an amazing friend & single father. The type of person you could always rely upon, & would do anything for you. He had a great sense of humor, very intelligent & had a warm, sincere way about him. Just a fantastic person of whom is rare to be blessed to call friend, much less neighbor AND friend. You will Always be remembered & deeply missed, Danny! My heart & prayers go out to his son, Isaiah. <3 Sam read more 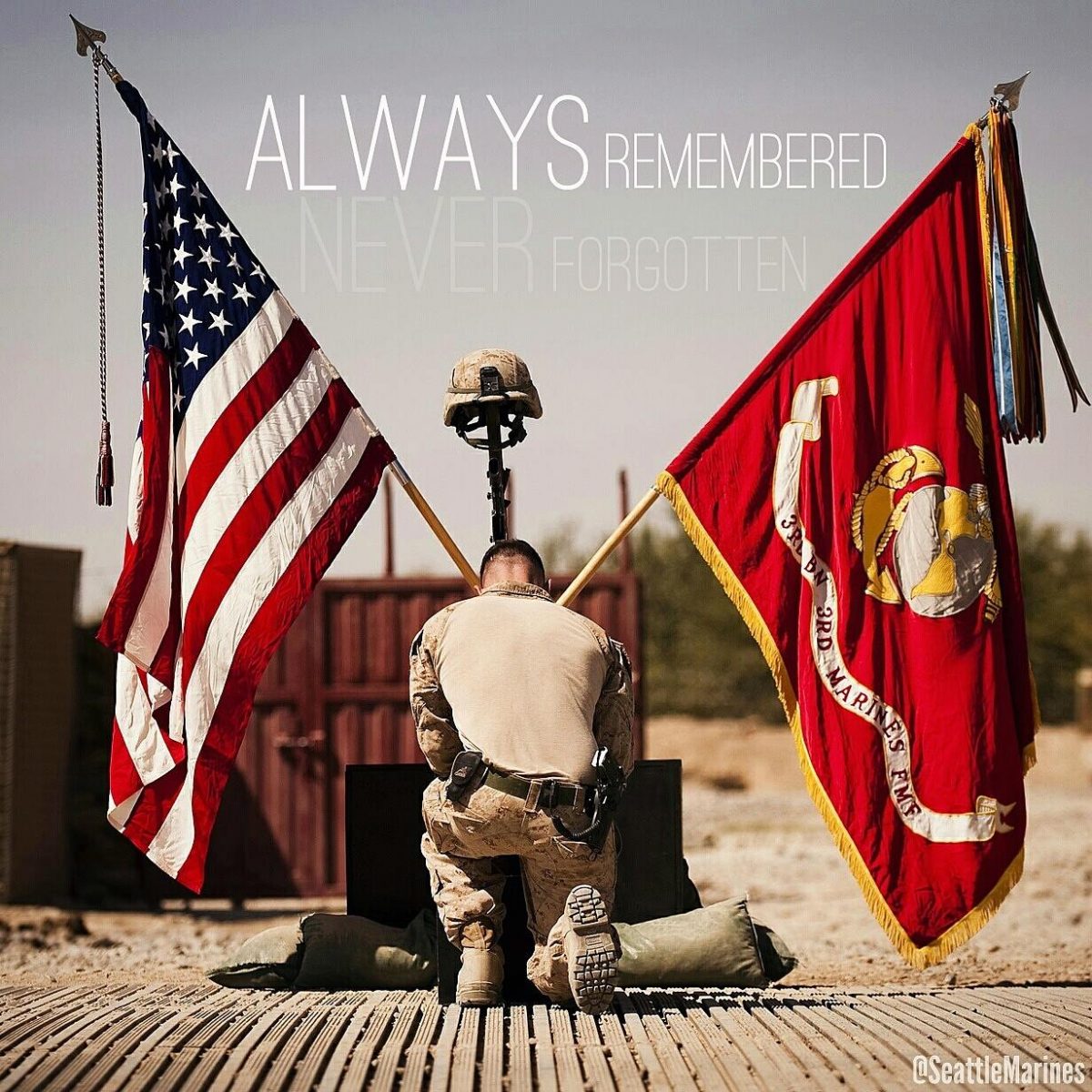 Remembering those who laid down their lives so we can be free. We will never forget you. Who are you honoring today?