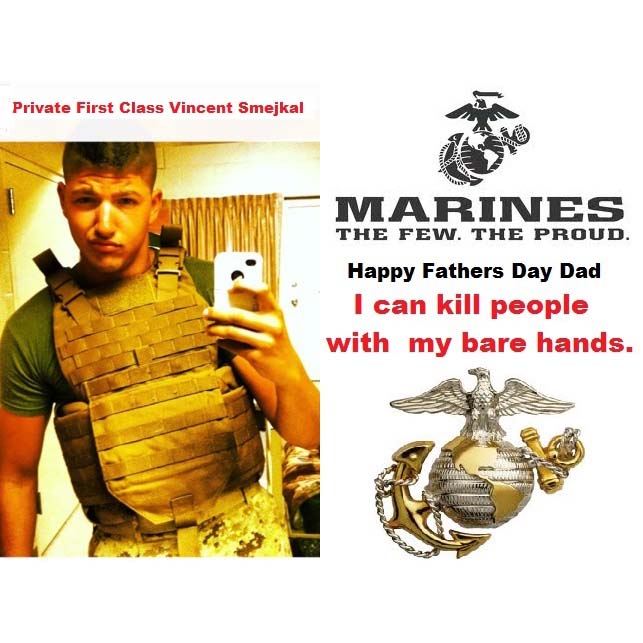 For Father's Day I received this picture from my son. He is stationed at Camp Lejeune in North Carolina. Currently he is training in the martial arts and mentions that if something happens to his weapon he has to be able to take out the enemy with his bare hands. 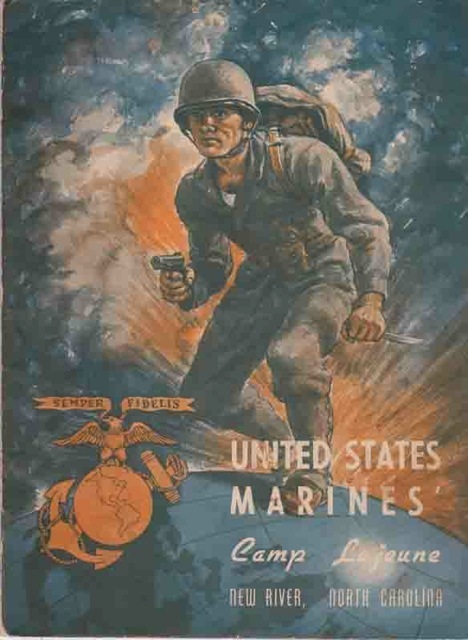 I found a book sold in the PX at Camp LeJeune in 1943. I scanned a couple pages in case you would like to show them so Boots could see what we had in those Good Old Days. By the way I listed it on ebay in case any one might want it. 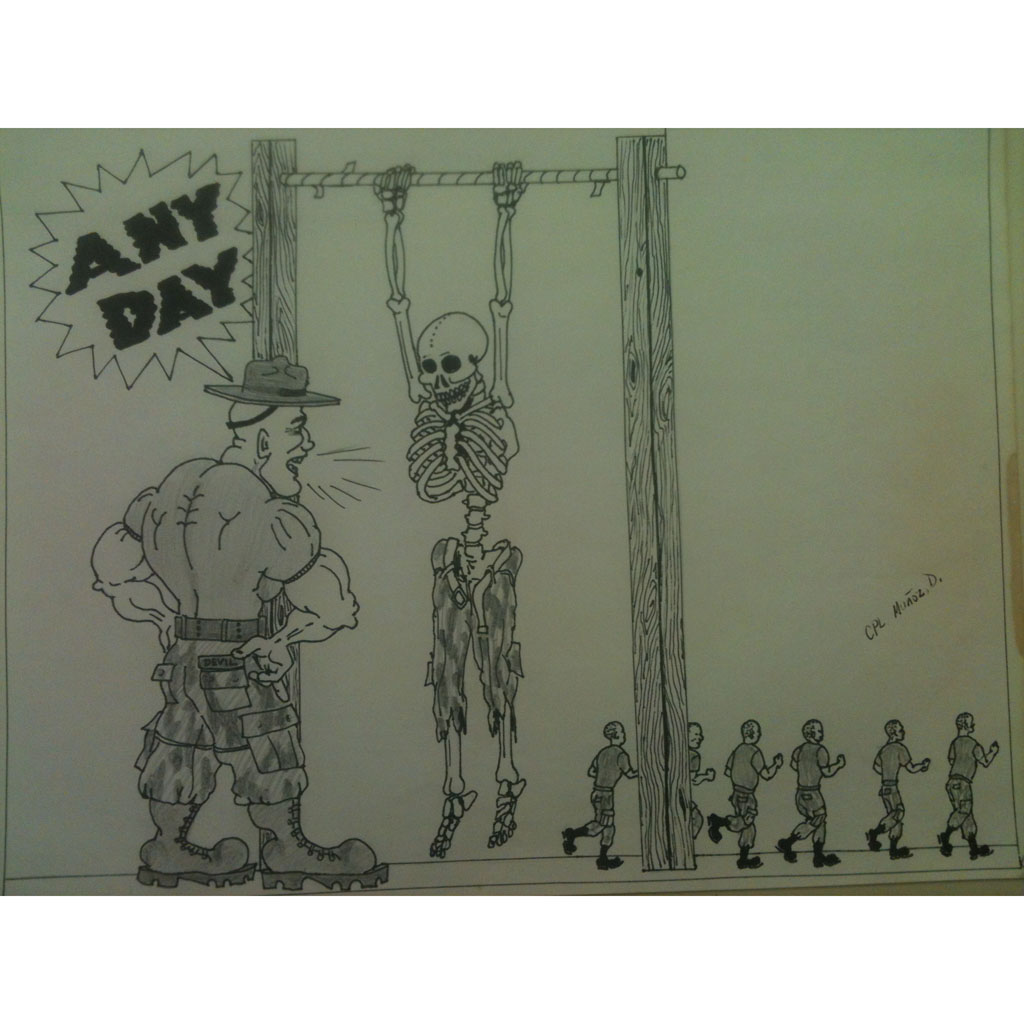 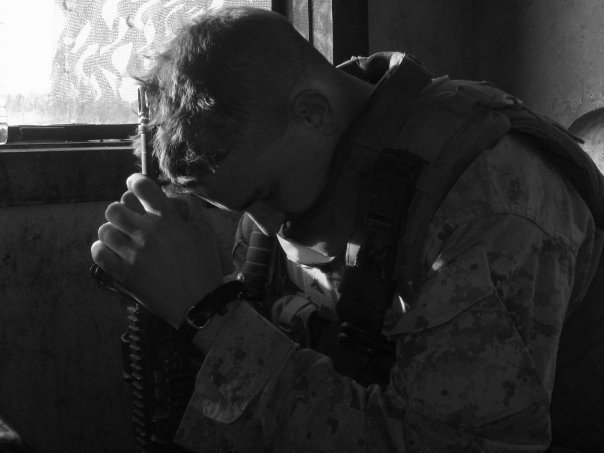 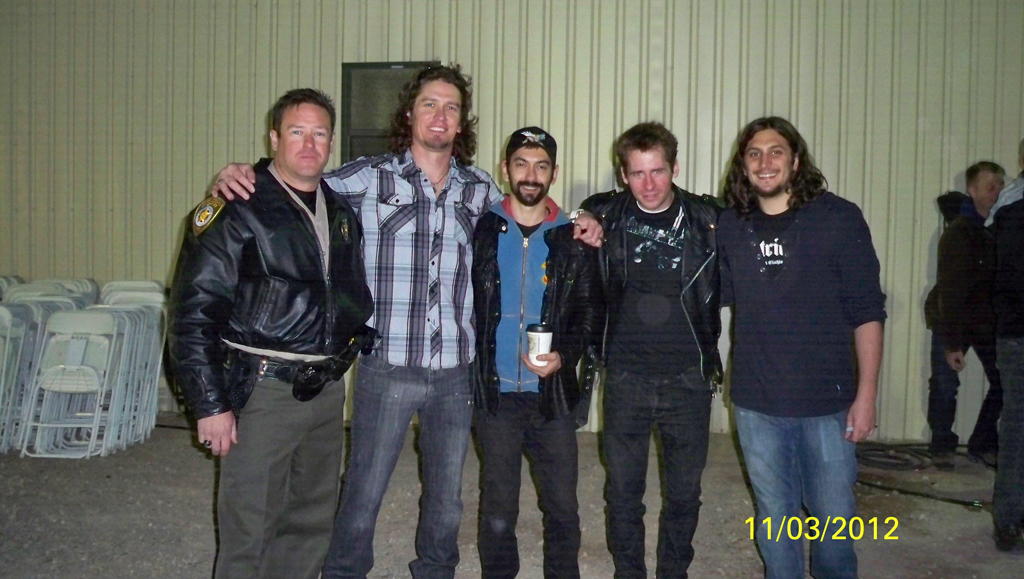 I'm a deputy sheriff and had the fortunate opportunity to work a
security detail for a patriotic rock group, Madison Rising. The
event coordinator knows I am a Marine and told me the lead singer, Dave Bray, was a corpsman. Dave was meeting with fans and when there was a break in the action I approached him and asked if he was a Doc. He said he was and was stationed at Camp
Lejeune, NC. I asked him what outfit he was in and he said 2/2.
Amazingly enough, I was with Regimental Headquarters at that same time he was with 2/2! Such a small world and even smaller Corps. We exchanged stories about our units and places of deployment. 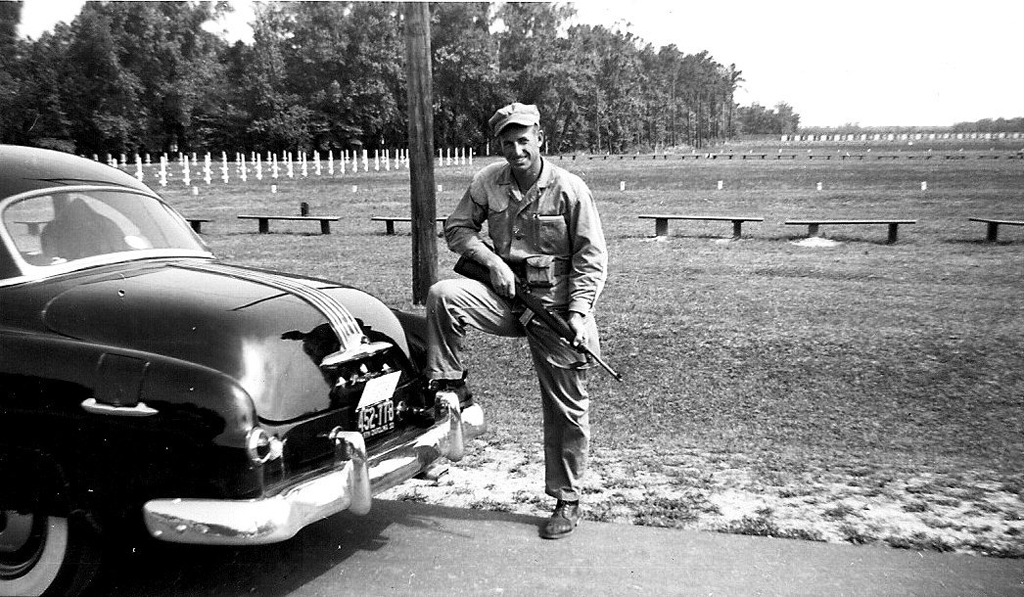 The anniversary of Tarawa is coming up on 11/20 and I thought I'd send some info and photos of my Father, Hawk Rader Jr., D/1/8 2DIV ('Canal and Tarawa) then A/1/8 (Saipan, Tinian). He went to help St. Peter guard the gates of Heaven on 7/12/11 and I still miss him very much. I was lucky enough to hear in great detail of his experiences in all of his battles, including Tarawa. I attended the 2nd Marines' annual Tarawa Day services with him at Lejeune in 2003 and '04 and saw how much the memories of that battle affected him until the day he passed on.
Dad was in 4 major battles before he was 20 and talked about them, he said, to help get over his experiences rather than keeping WWII inside him. 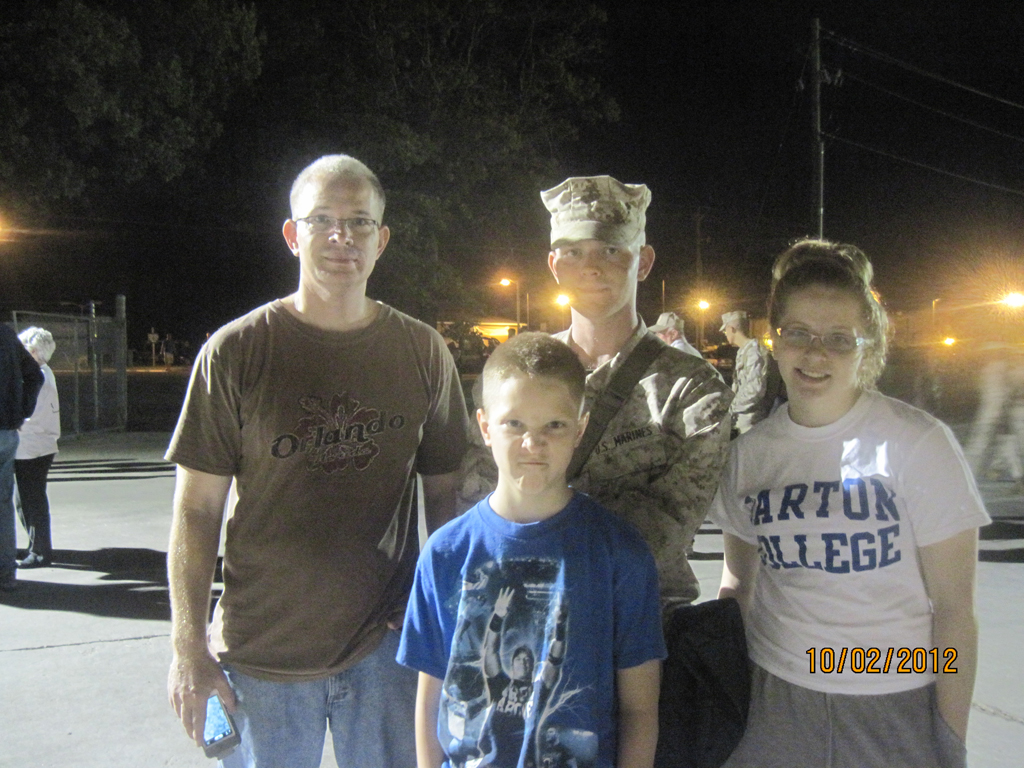 Earlier this month my son's Engineering Battalion left for Afghanistan and brother, I gotta tell you, it was real hard letting him go. The day we found out what their actual deployment date was, there was a different kind of reality that hit me that cannot be explained. 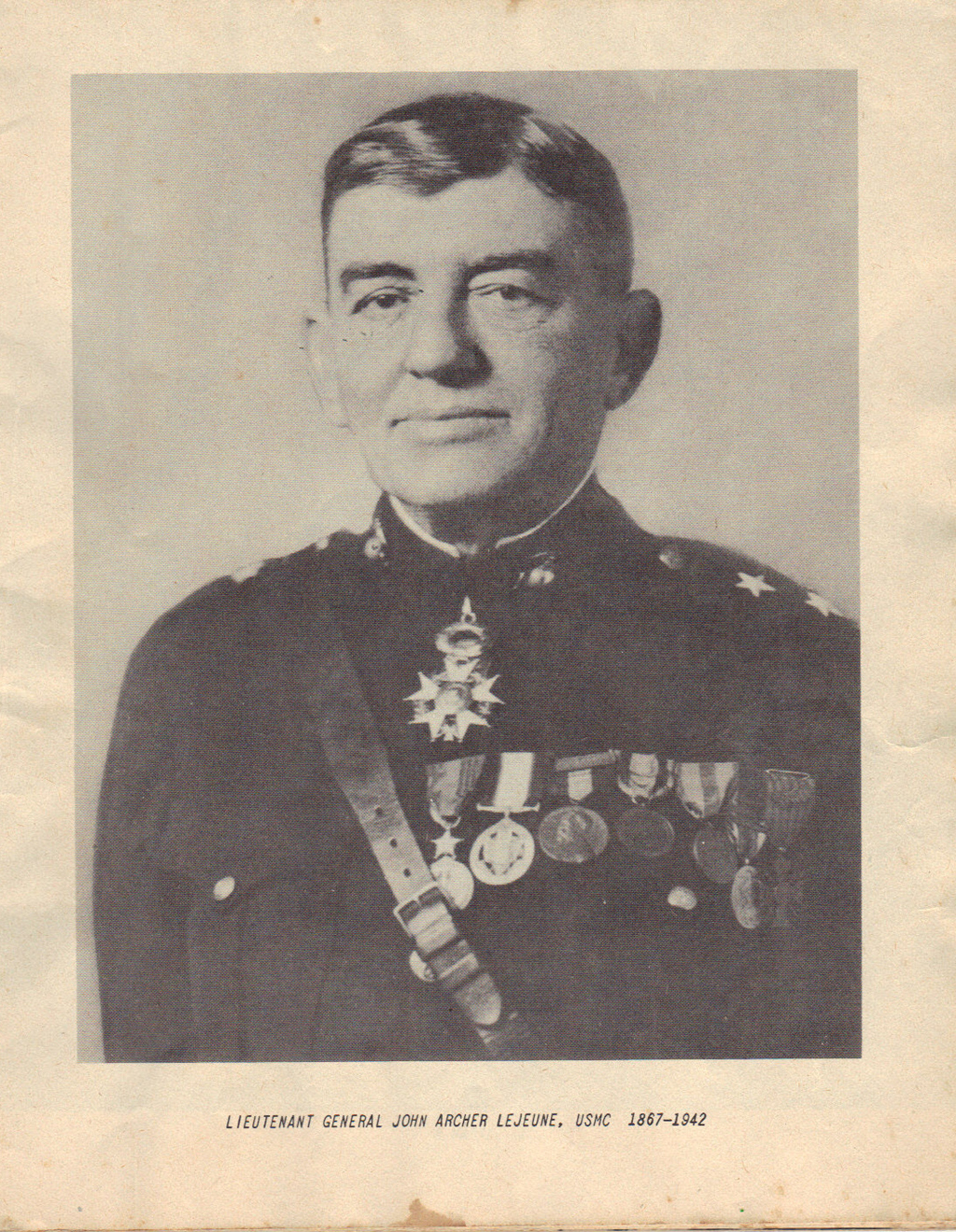 These pictures are from Camp Lejeune in 1944. Thought some
old timers would like to see these base pictures 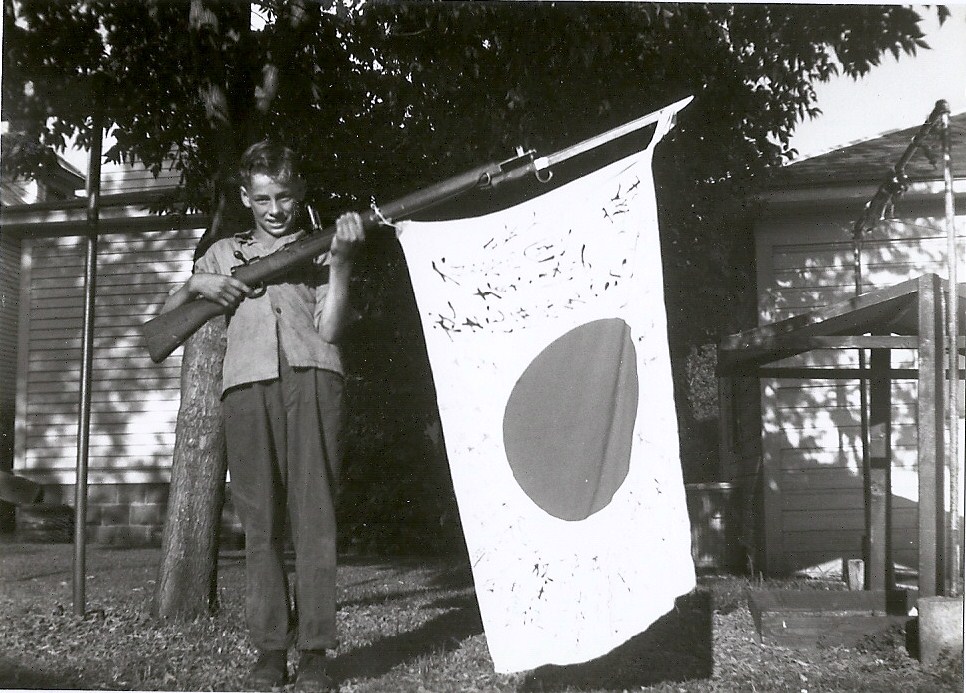 I thought you might like to see a couple of old photos, one picture is of me holding a Japanese sniper rifle from WWII that my older brother brought home with him. He sure made me proud and as the second picture shows me as soon as I turned 18, I was in Korea in 1953 in 4/2 Mortars.

My CO and I did not get off to a good start. He was a dual cool Force Recon Sergeant Rock in charge of the FUBB platoon. I was a smart mouthed 27 year old sniper shooter recruited from the Army by the USMC to be their hot-shot tourney winner and put the USMC on the snake-eater’s map. But, why me? Why here? Of all the mudrucker places on earth, why here?!