Reunion time, is just around the corner.

I served as an Marine '66-'72, reaching the rank of SGT. This week I will gather with my fellow Marines from Vietnam. I haven't seen most of them since 1967-1968 when we served in HMM-364, Purple Foxes, a CH 46D Squadron out of MCAF, Tustin in Santa Ana, California. read more 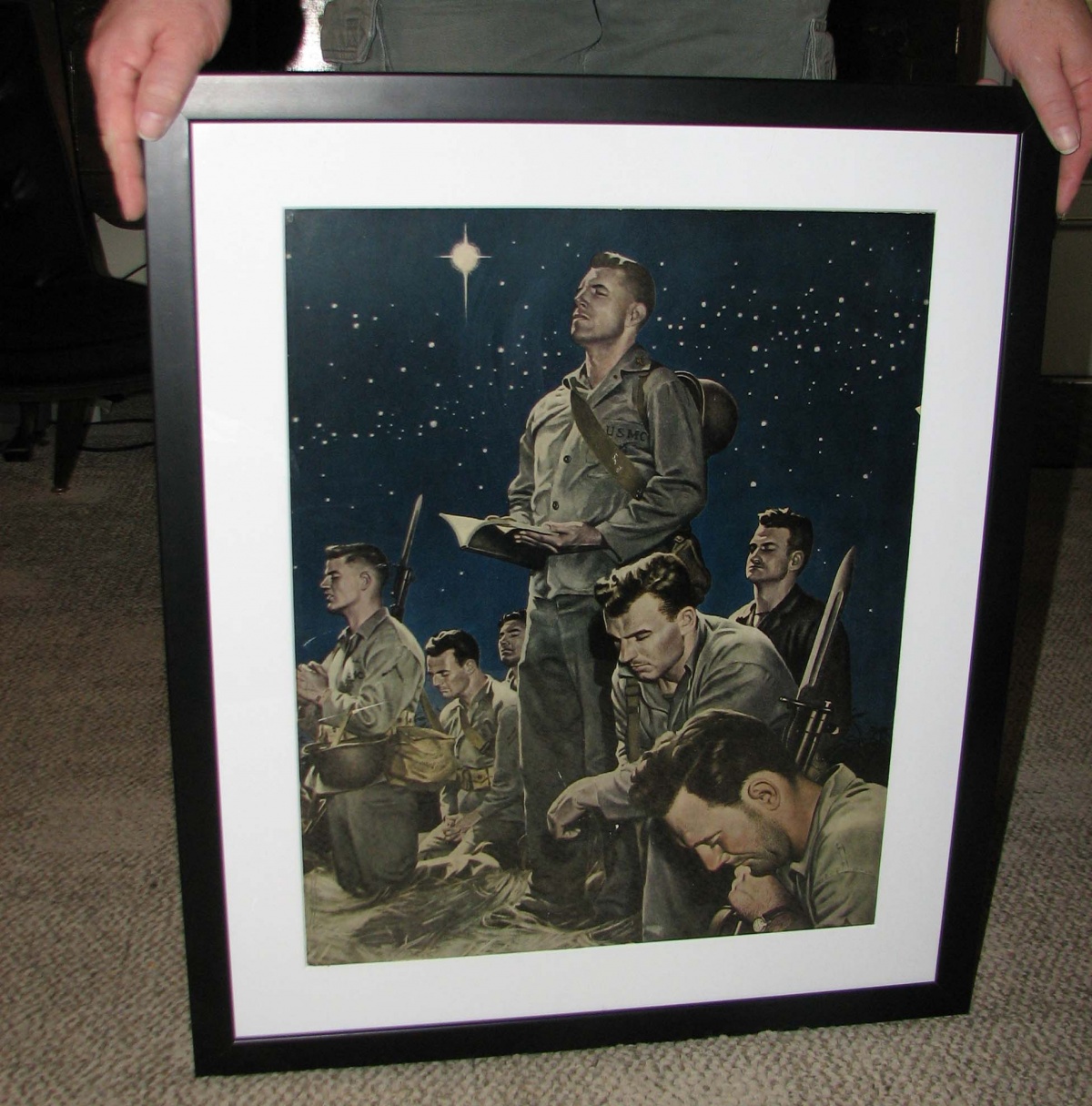 This had hung in my room for years as a kid, I recently got it back after it had been misplaced after my father passed away. I have never seen it anywhere else. "A painting by Capt. A.G. Raymond, USMCR, depicts in its impressive sincerity, the worship and reverence that our fighting men carry to the very battle lines… The strength of manly character typified by the American Marine is vividly portrayed in this factual interpretation of men at prayer."   Thought that I could share it with others.   Semper Fi Bob Belles '76-'78

Once upon a time in a faraway land, I knew a U.S. Navy Lutheran Chaplain who had done a 4-year hitch as a Marine grunt, gotten out as a lance corporal, finished college and seminary, and then went back on active duty as a Navy Padre and requested assignment to a Marine rifle battalion. read more 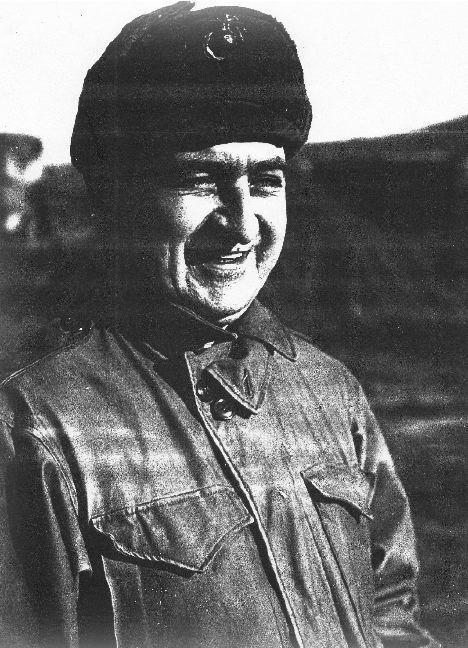 Father Francis W. Kelly, Chaplain, U.S.N.served with the Marines at Talagi, then at Guadalcanal. After Guadalcanal he went with the 2nd Marine Regiment to Wellington where he officiated at Masses, Confessions, and problems common with MIlitary men at Wellington, New Zealand. His duties included going on Practice Combat Landings with the Marines as they prepared for the next Island Battle.  read more

My brother graduated from West Point back in 1971.  He never made it to Vietnam.  My son is a 10 year Marine veteran with a tour in Iraq for Uncle Sam and 1 tour in Iraq for Honeywell.  My brothers graduating class at West Point were given shirt pocket sized bibles to take with them to wherever they were to be assigned.  The nice thing about those bibles were that they had a steel front cover.  So by putting that bible in your fatigue shirt breast pocket you were reinforcing the power of the bible and helping to protects yourself at the same time.  Couldn't something similar be done for all our grunts who are sent into harms way? read more

Few earn the title United States Marine. Once earned, the rest of their life they are a marine. A marine on Active Duty, A marine reserve, A retired marine, or as is most common a marine who served his country and returned to civilian life as a marine on-demand, whose skills if needed are always ready. read more

On 27 October 2009 (coming up on a year now), two of my Marine Corps brothers and I had a great reunion at MCRD. Inseparable during boot camp and ITR, we’d lost touch over the years, and “found” each other through the internet. We promptly decided a reunion was in order, and that the only place to have it was at MCRD where we met, and the only time to have it was from 26-28 October, since 27 October was to be the 40th anniversary of our first day of boot camp, to the day. read more

During combat in WWII in the Pacific, the enemy was often a skilled infiltrator and night fighter. Because of this, Marine units found it necessary to adopt a different password for identification every night. In the First Marine Division, before nightfall, the password was sent out verbally through the regiments, battalions, companies and on down to platoons, squads, weapons-served units and tank crews. Every man knew that, usually simple, but vital one word. Sometimes a double word was used like Harley-Davidson. read more

A hearty Semper Fi greeting to each of you in the beginning of the year 2006! May it be a year full of spiritual blessings and may you grow in grace and in the knowledge of the amazing ways of our sovereign Lord. read more

The Surgeon Who Did Not Want the Medal of Honor

David Taft was a young boy at the movies in Ames, Iowa with his father and brother John watching "Sergeant York" when the bombing of Pearl Harbor took place on 7 December 1941. He vividly remembers the distress and anger that emanated from his father's reaction to the unprovoked attack. read more