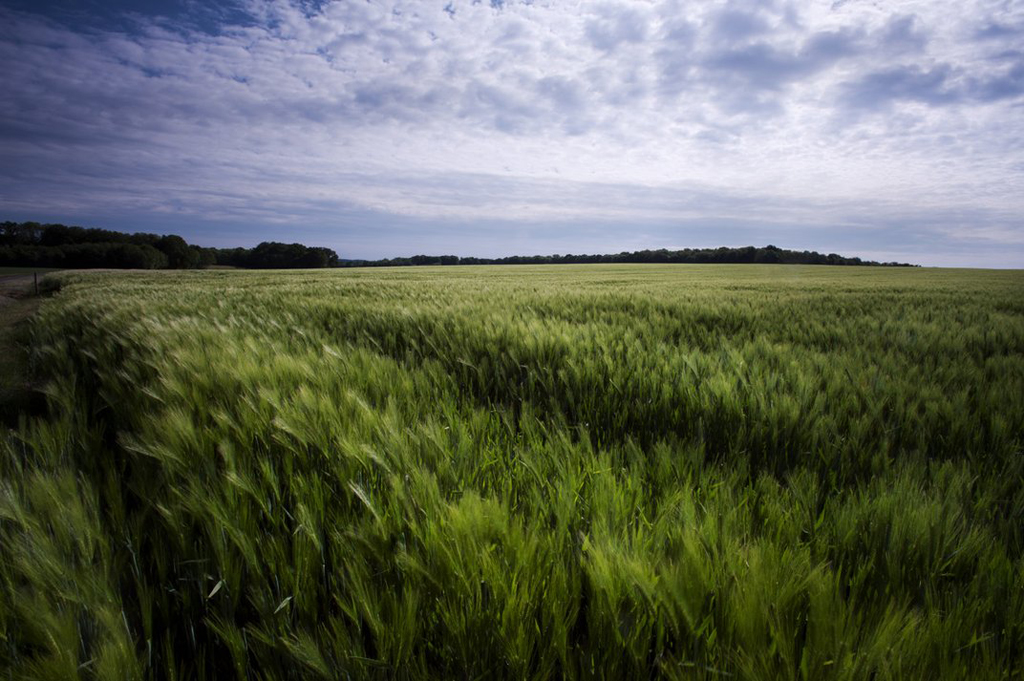 First, let me express my utmost appreciation to all the men and women of the Marine Corps for your service.

I hope it isn't inappropriate to post this here, but I have been reading so many stories on the Sgt. Grit site and just feel something in my gut telling me to give it a try. 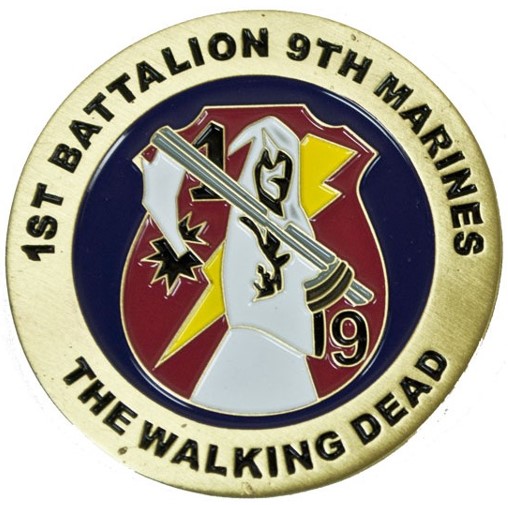 First and foremost, Semper Fi to all Marines and specifically for this article to my 1/9 Brothers.

The Marines of 1/9 have a very long history, decorated for extensive combat in World War II and in Vietnam which earned them the nickname the "Walking Dead." Formed during World War I, 1st Battalion, 9th Marine Regiment has also seen action in Iraq and Afghanistan. It has been based around the world to include 1st Marine Division Camp Pendleton, Okinawa Japan and recently deactivated out of Camp Lejeune in North Carolina. Mostly you will hear the term “Walking Dead” when 1/9 is mentioned, but the fact remains that 1/9 also has a reputation for heroism that included Medal of Honor recipients at Guam and Iwo Jima during World War II and two in Vietnam. 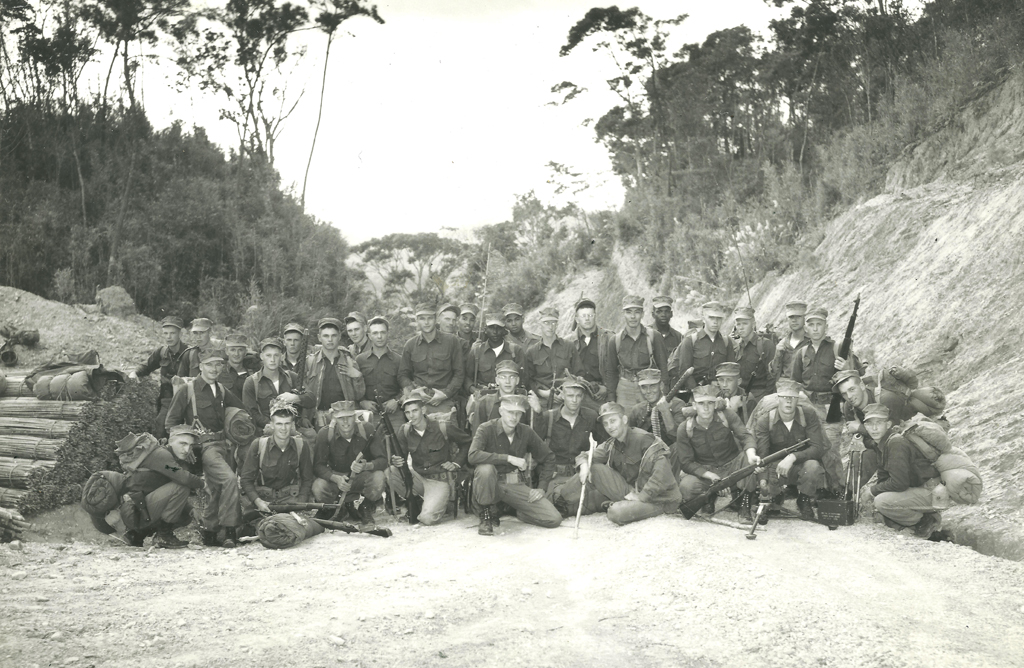 The Gun Club, assembled in the gulch. (Actually, 106RR or "BAT" Platoon (Battalion Anti-Tank) and Flame Platoon, combined)… H&S 2/1/9 in the Northern Training Area of Okinawa, 1959). Since our recoilless rifles and Jeeps had not caught up with us yet, we were used as the Bn Aggressor Force. The rifle companies would come up to the NTA one at a time from Sukiran to find/engage us… and, since the boondocks were our 'home court', the second and later companies really didn't have a chance… This is kinda old Corps… M-1's, M1919A4 air-cooled .30 Cal Brownings, herringbone utilities, and in this picture, the old green woolen shirts, as aggressor uniform. Since no blanks had been invented for the Flame Thrower (M2), the Flame guys usually got to be machine gun crew… most of either team having the M1911A1 .45cal pistol as sidearms. We were camping out up there for multiple weeks… got hot chow once most days, and some kick-back time when between companies… I recall an all-NCO grabasstic patrol up a creek… or maybe it should have been called 'swim call'?, as we were all buck nekkid, doing the Tarzan bit with vines, etc… until one of us realized that if somebody got seriously hurt, we were all in deep kimchi… In this picture, over half a century later, I can identify, among other trades, a surgeon, a feddle gubmint landscape architect, a mortgage broker, several law enforcement officers, and more than one career Marine… (buncha dumb-ss grunts, anyway…) 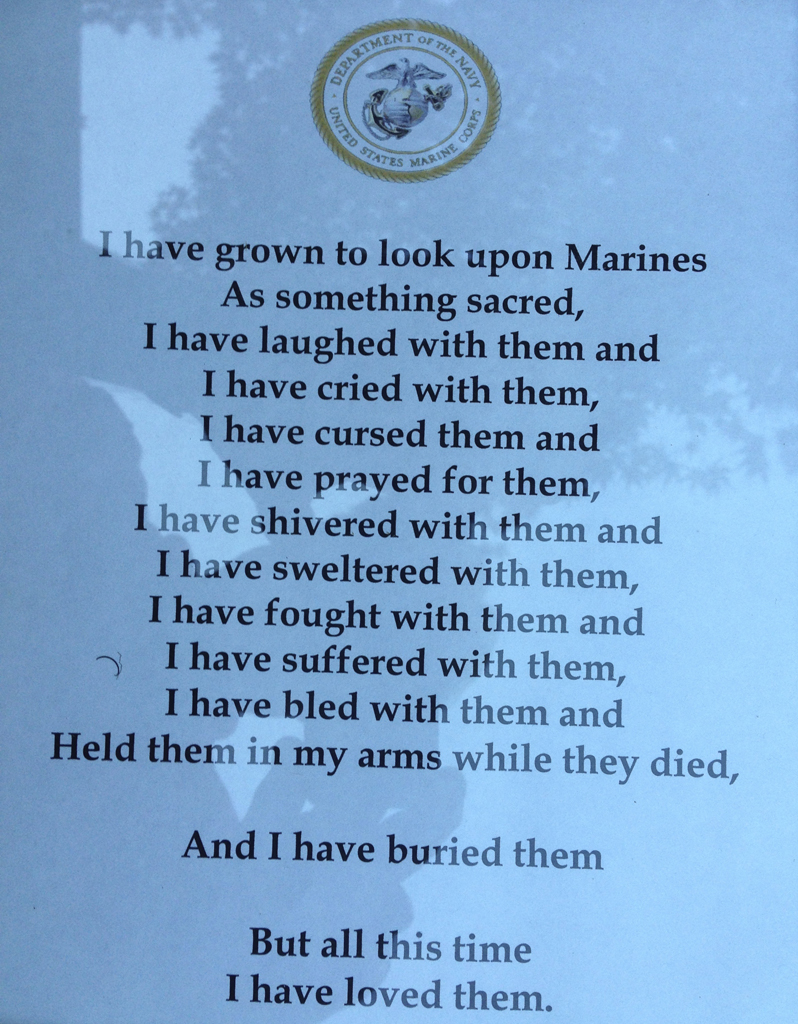 This was on the table at a Celebration of life for a Marine from the 49th Marines of Mission, British Columbia. Home of the 49th Marines. All those that live above the 49th Parallel, in Canada. Of course, this would include every Navy Corpsman that served with the Marines… our DOC's.

I bought this program at an antique store a few months ago. It is a very professionally done 88 page program. In addition to rosters of both teams it also includes photos of the players, coaches, base commanders as well as the Commandant and others. This looks like it is from the hayday of Marine football. If anyone wants more information let me know. 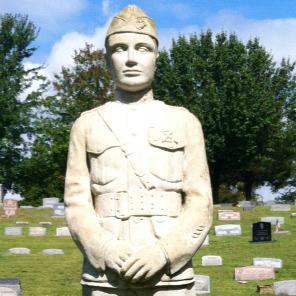 While visiting a friends grave at the Wenonah, New Jersey cemetery recently, I happened upon this most amazing life size memorial statue on the grave of a long forgotten Marine of WWI. 1st. Lt. George B. Batten. Born in 1898, died 1926. He was a young man when he died. Was his death caused by his war experiences? Gassing or other wounds? Did he fight at Belleau Wood or The Somme? However or whatever the circumstances, his likeness on this memorial shows his pride in the Corps. He got my salute and will again next time I visit New Jersey. All of you South Jersey Marines, please visit Lt. Batten on the birthday, give him a proper salute, and lay a flower on his grave. 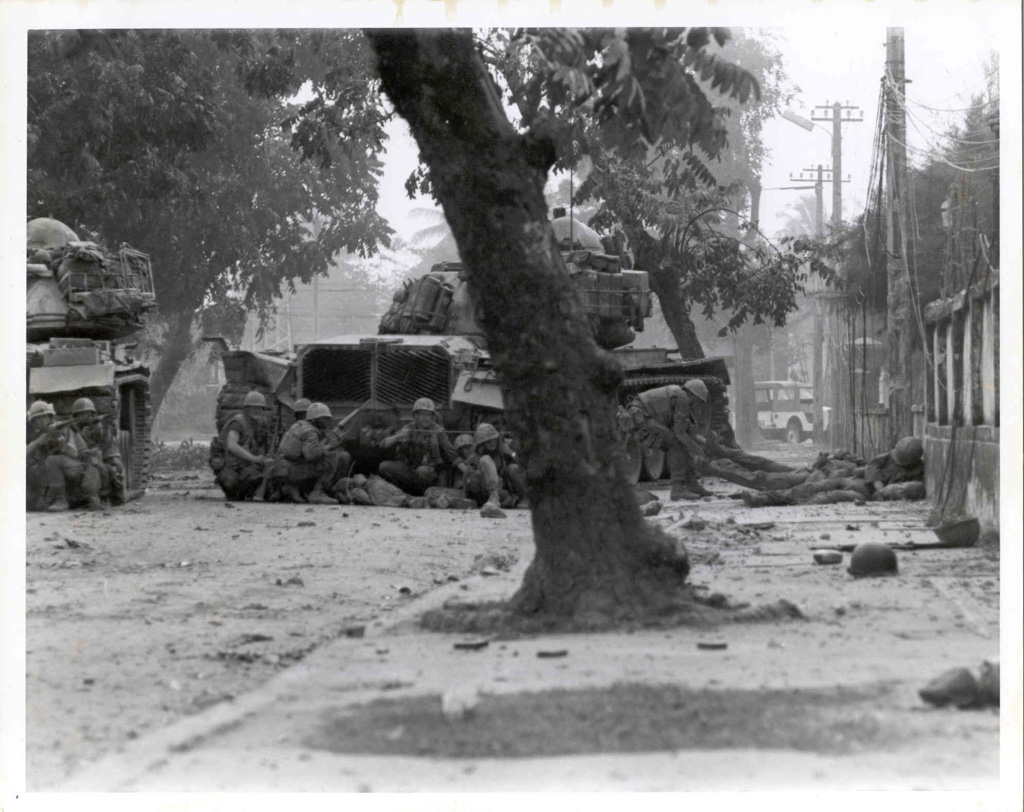 Ernie Cheatham was the CO of Task Force X-ray… the entire organization of Marines that were tasked to clear the City of Hue during the 1968 Tet "celebration". I do not know where he was during the first few days of the fighting… but suffice it to say that our four tanks spent the vast majority of our time serving as a shield for the hapless Marine grunts who were thrown into the meat grinder and with carrying the wounded to be medivaced or their lifeless bodies to Grave Registration. See the attached photos… 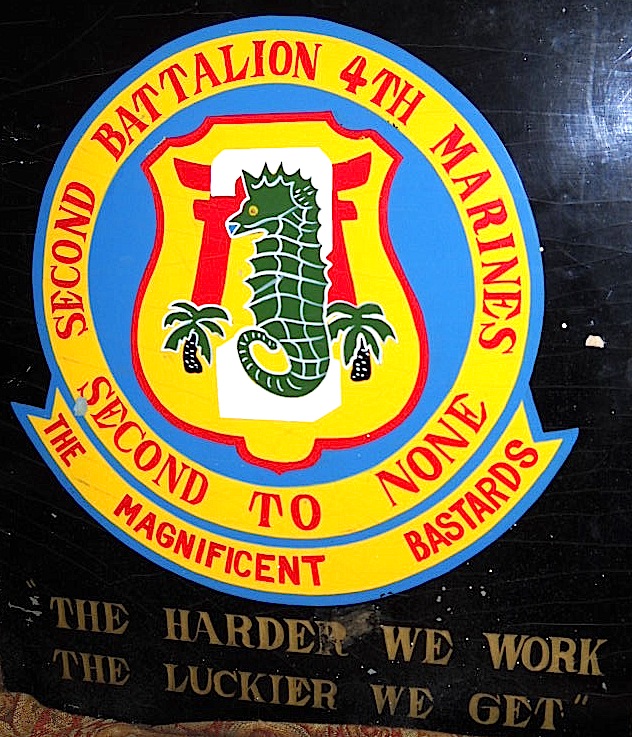 The attached photo is the original sign that was placed at the entrance to 2/4 in 1965-66 at Chu Lai. I recently received it from a 1st Division friend who also served during the same period and brought it home with him when he returned to CONUS. During the period this sign greeted all who entered 2/4's TAOR, the commanding officer was Lt. Col P. X. Kelly who later became the Commandant. Just want to share it with all who might remember, and remember the legacy of 2/4, second to none, the Magnificent Bast-rds. 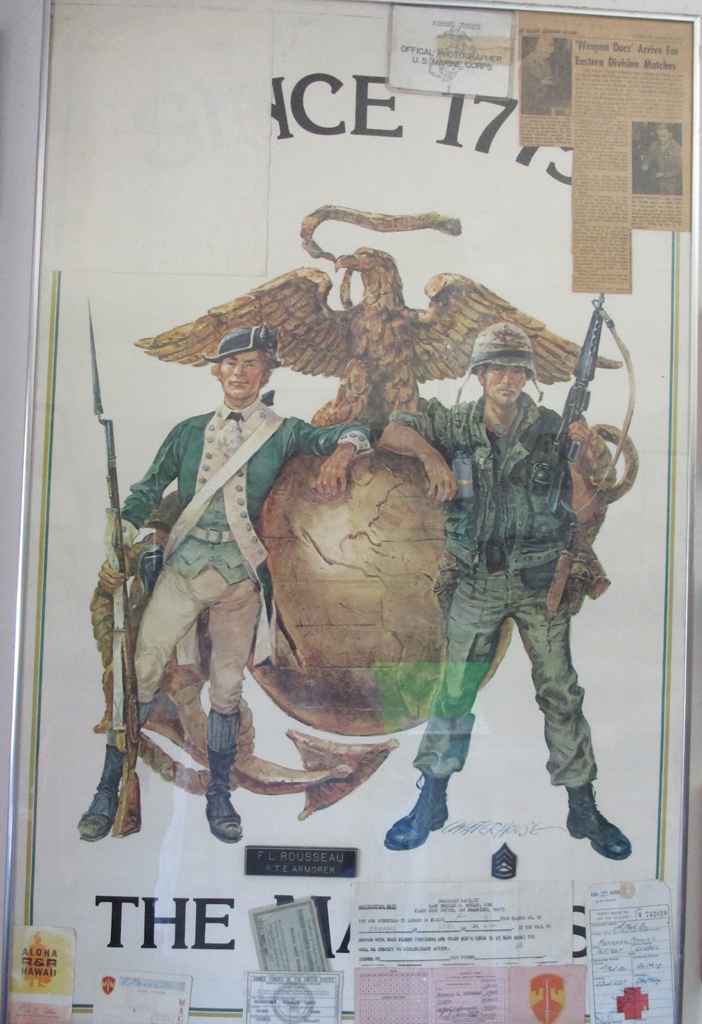 We all save some remnants of our service whether War Souvenir's or pictures of Past Duty we are Proud of. Because I served for 27 years I have lots of Remnants (souvenirs) and have been trying to put it all together on one wall in our home office.