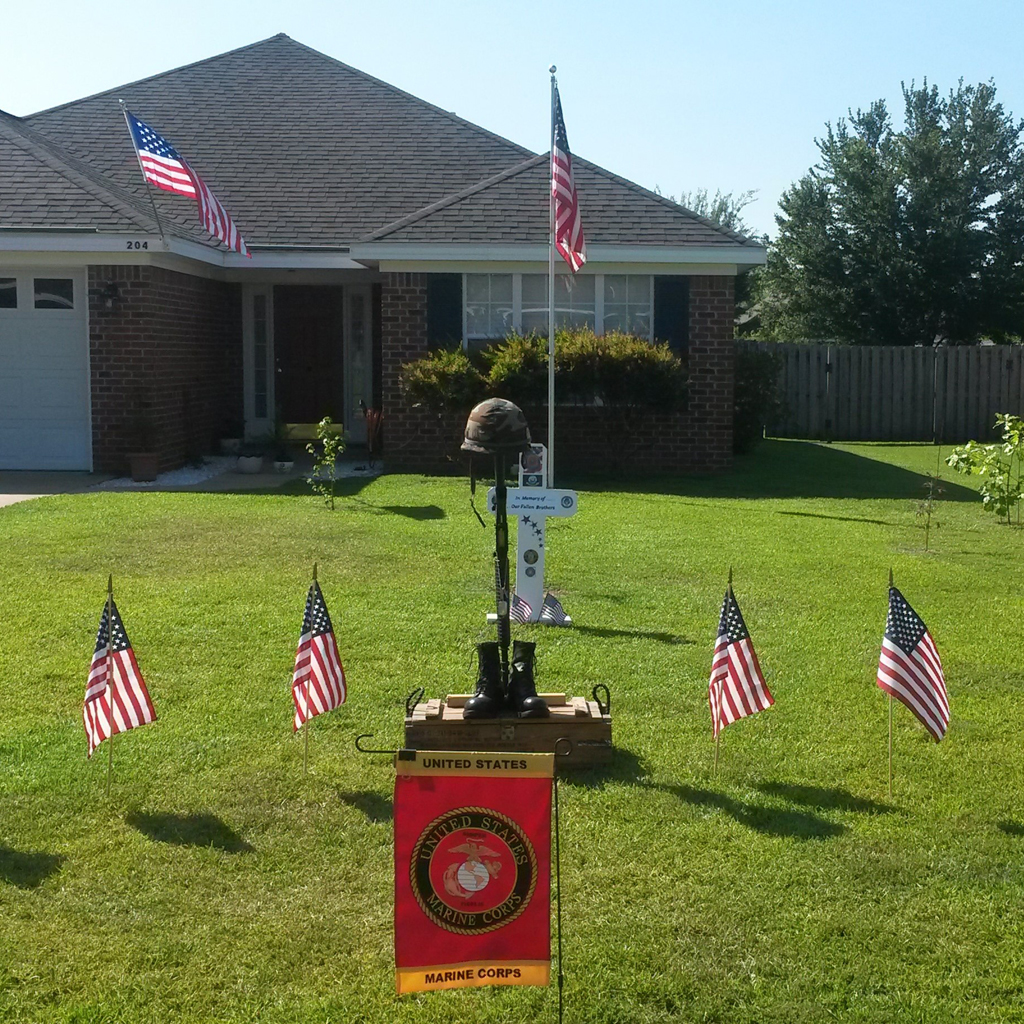 The attached pictures are from a Memorial that I put up in my front yard every Memorial Day and Veterans Day as a tribute to my fallen brothers. My "Battlefield Cross"… (with the helmet, weapon, dog tags and boots of a fallen Marine/Soldier/Airman/Sailor…) are very special to me… I started doing this in my front yard many years ago but just never really shared it. Only the neighbors and people who drove by would stop and look and take pictures… And then I would take about 60/70 pictures just to find the perfect one to print and save. 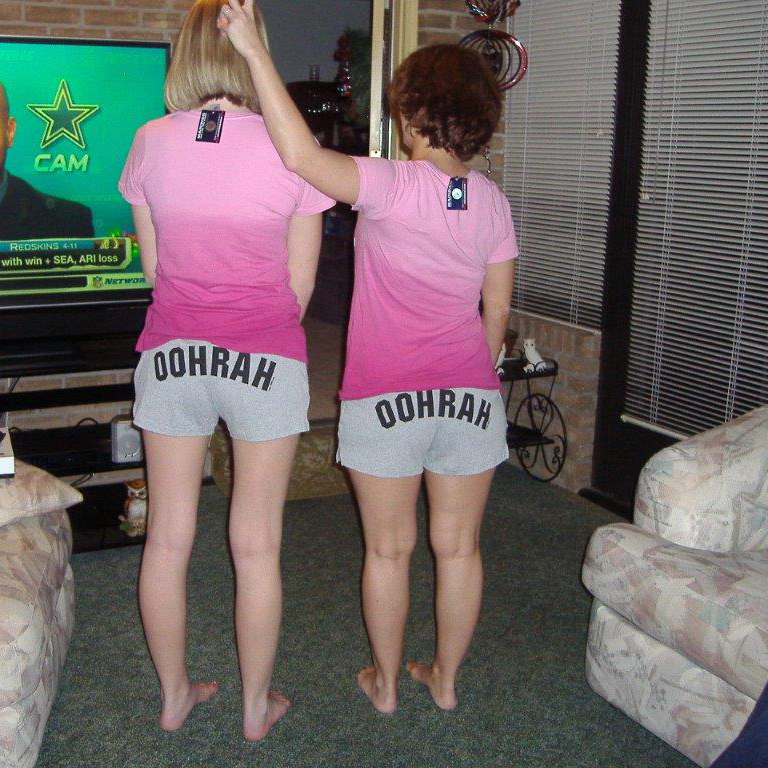 Merry Christmas to you and all of your troops there in Oklahoma City and I hope you all have a Happy, safe and healthy New Year. The pics are of two of my granddaughters, Meghan and Kelly on Christmas day sporting some of your wear. They were both thrilled at old grandpa's choices too. 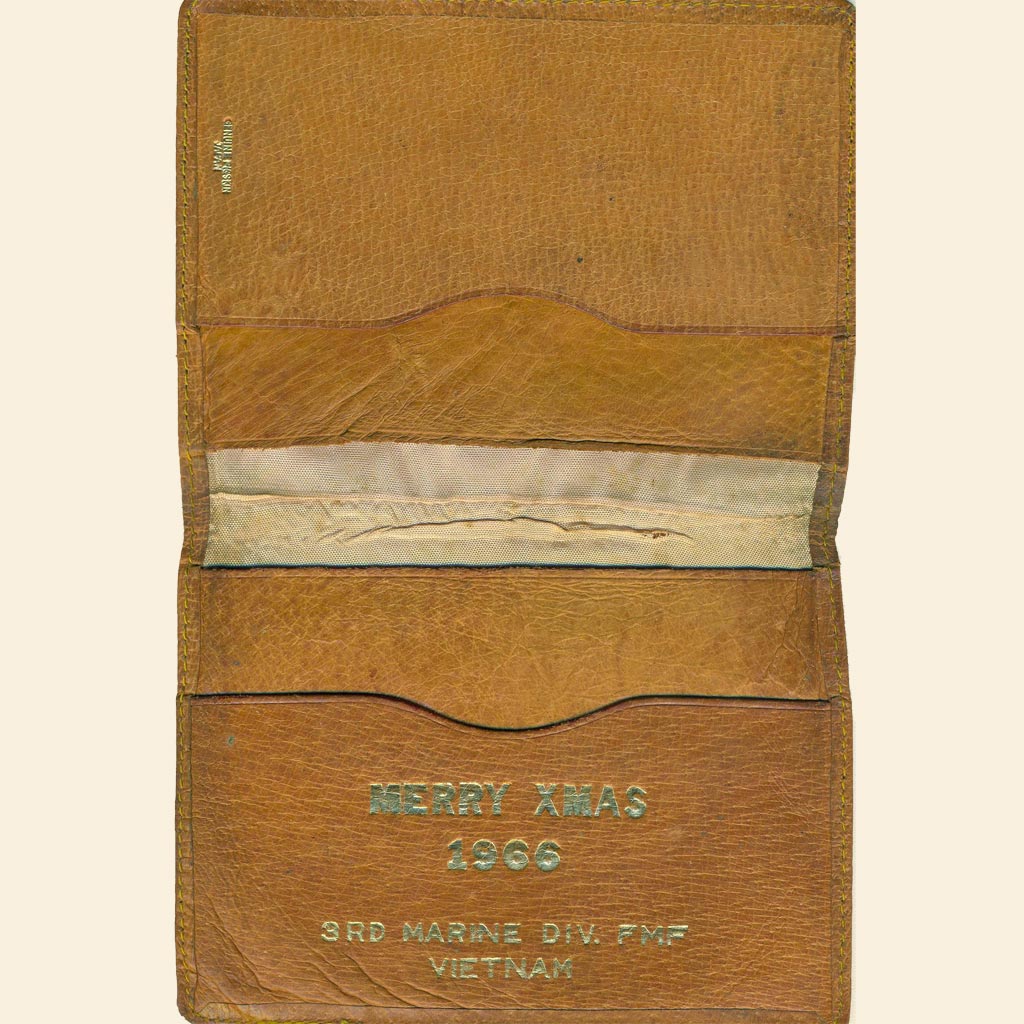 Just wondered how many still remember their Christmas Gift from 1966. As I remember we got them sometime in January 1967 after we got in off of Operation Chinook at Camp Evans north of Hue. 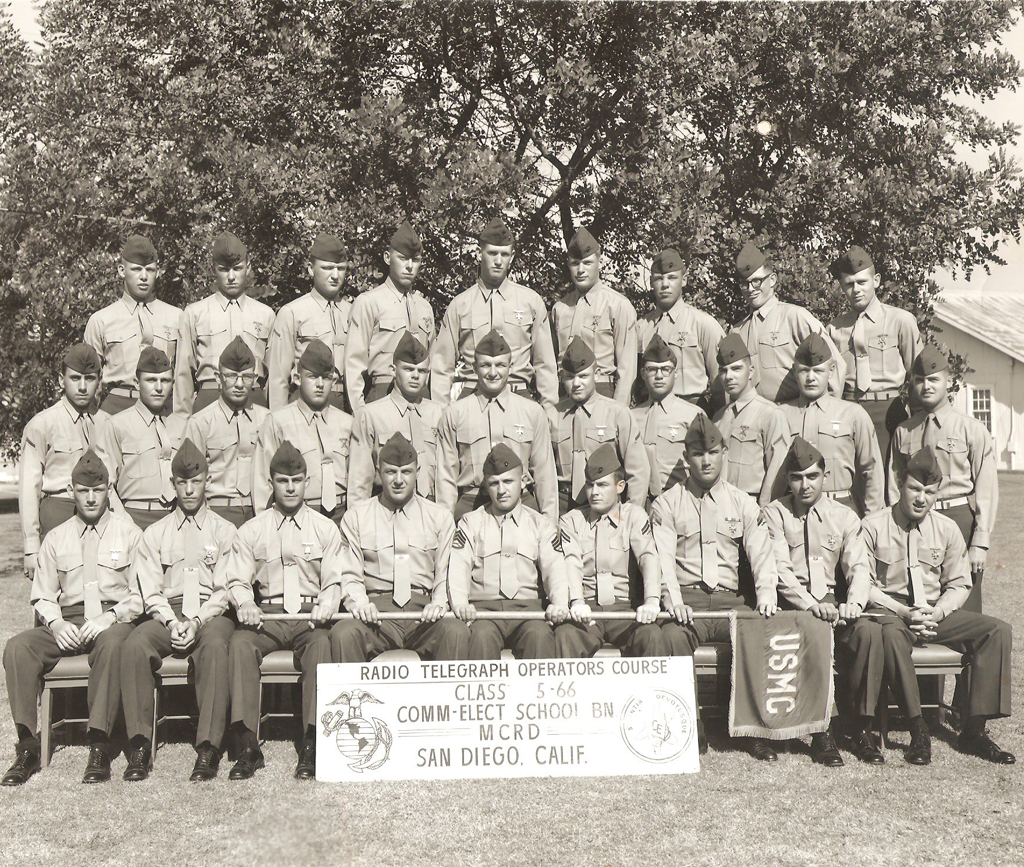 This was our class, at radio school, C & E Bn. MCRD San Diego. Christmas season of 1965 some of us made up a song that went to the tune of "The Twelve Days Of Christmas." We called it the, "Twelve Reenlistments." Her it is… 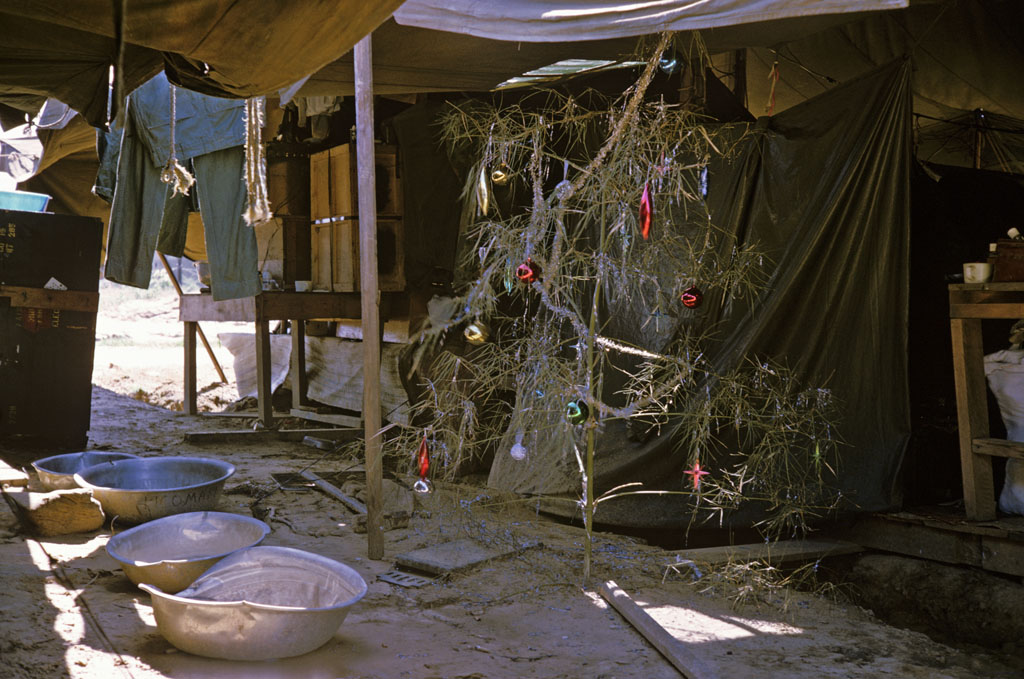 I am a past member of the USMC, 5th Com Bt. July 1965 through June 1966. I have attached the picture I took of the Christmas billboard 1965, a picture of our Christmas tree and a picture of the 5th Com. Btn. logo sign.

OK now you know who I am. I am interested in finding 11 other Marines that landed from Japan in DaNang in July 1965 to set up General Walt's Command Center. I have many pictures of the swamp we lived in "Dog Patch" and the area we survived in. 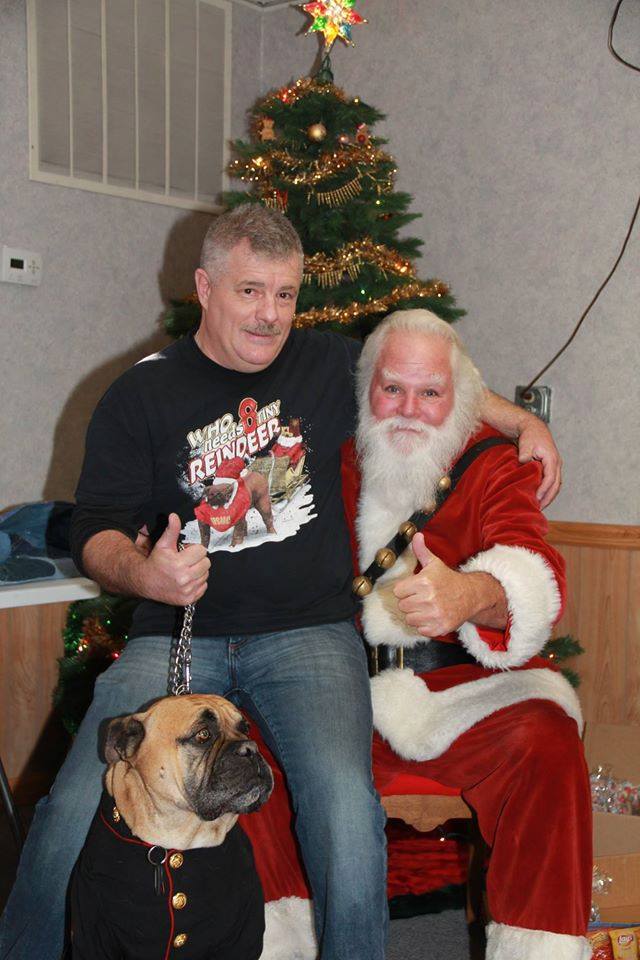 Hey we recently got Santa's approval on a shirt I am sure you will recognize! 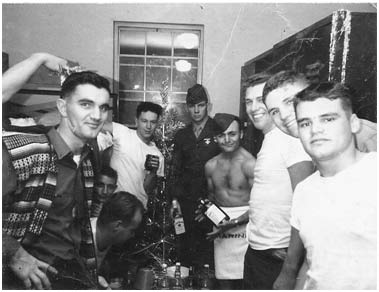 In the early 1960s, 2nd Tank Bn had a well-established fire watch program at the tank park. Generally speaking, two lower-ranking Marines from the flames platoon and each gun company were posted at the tank park inside their respective tool sheds from about 1800 to 0600. I was a PFC at the time and was assigned fire watch for Charlie Company along with Pat Rogers. Pat and I went to boot camp at Parris Island together (Aug-Nov '63) and then to ITR at Camp Geiger (Nov-Dec '63) before reporting into Co "C", 2TkBn (Dec '63) and then going on boot leave. This was my first fire watch and may also have been Pat's. We were nominated by our Platoon Sergeant, S/Sgt "Gunny" Jandrozits, and then hand-selected by the Company Gunny, GySgt Sam Fullerton whose sea bag read like a WWII war novel. After everyone else went on liberty call Pat and I were briefed by the Company Gunny, went to Mess Hall 207 across the street and were issued mid-rats. In those days it was a brown paper sack filled with a sandwich, hard-boiled egg, apple, container of milk and a napkin all lovingly prepared by one of the cooks. 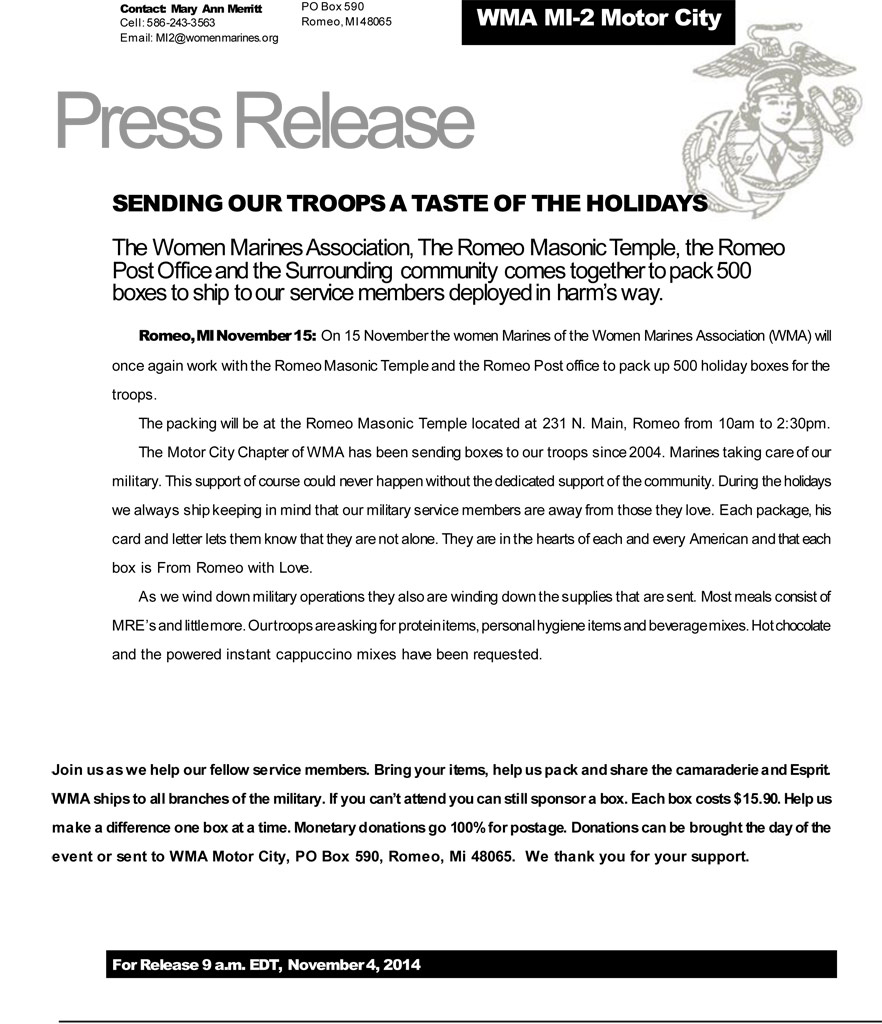 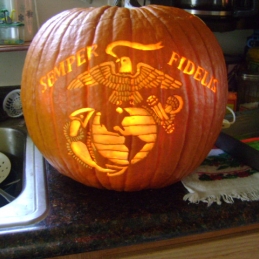 Thought you might want to share this… It is my understanding a Marine's wife carved this pumpkin. It took her about 16 hours. 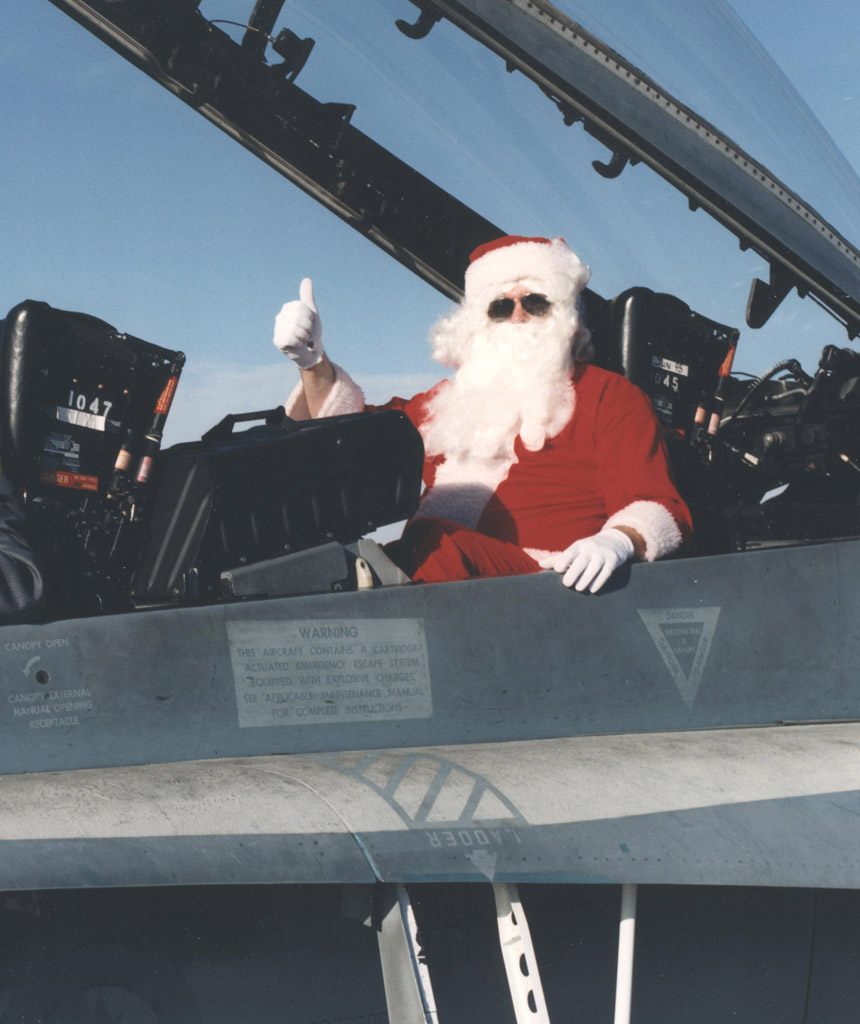 Just a quick note to wish you and your family a very Merry Christmas and Happy New Year.