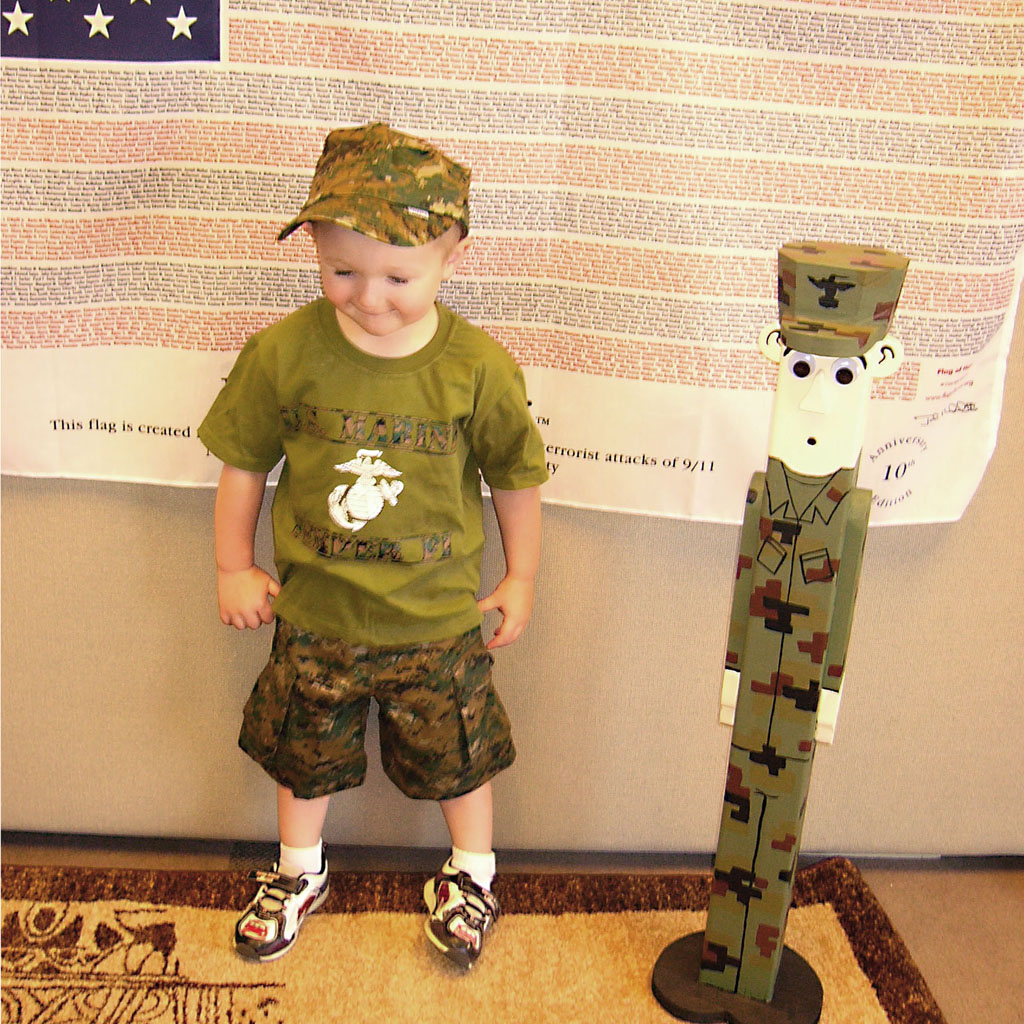 This little Devil Pup, Nicholas, stopped for a photo-op while his mom, Traci Brown-Guthrie was shopping in the Sgt Grit showroom. Nicholas' father is Sgt Dwain Guthrie who served with 1st Force Recon. 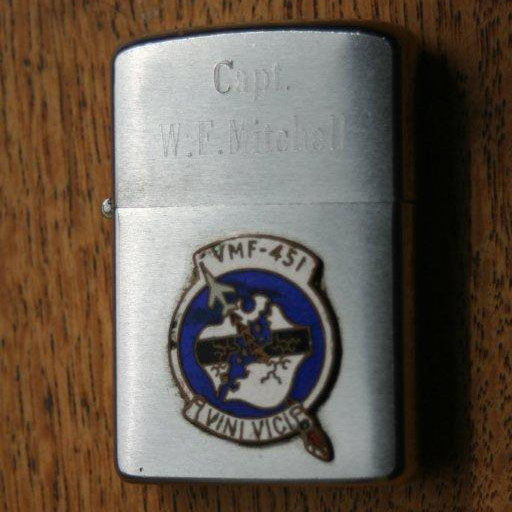 Here is a 1959 Zippo with the VMF-451 logo. The C-119 (Air Force designation) flying box car's proper nomenclature in the Marine Corps was R4Q when we used them in Korea, and later hauling supplies to Taiwan when we were stationed there. They were powered by those huge four row P&W 4360 engines. read more 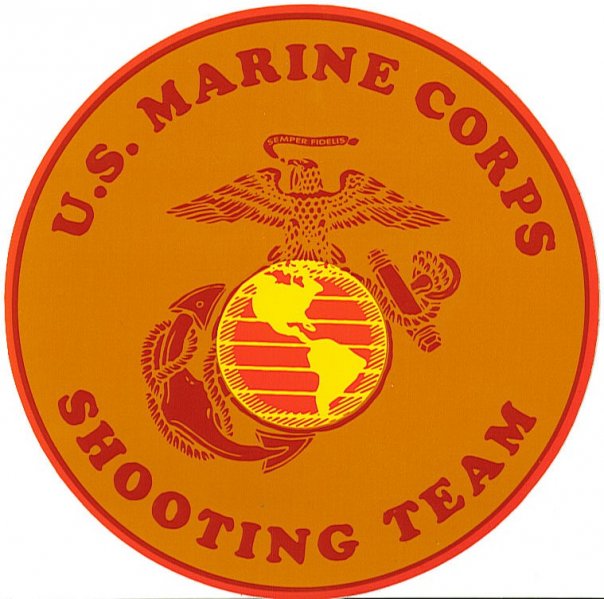 This was how my USMC shooting career (Distinguished Pistol Shot etc.) started with a NJP!  I was a boot PFC at Lejeune and had a 2nd LT for a CO (really). My MOS was 2311 (ammo tech) and us techs weren't being used as such; the war was winding down. They put me in the office cause I know my ABCs, but I was not happy. I had my request in for EOD, and was just waiting it out. One morning after formation, the Company 1stSgt came to me (I was typing something Hot!) and he told me, "PFC go in my office and make me some coffee." Well, f-ck that! I ignored him and was in a perpetual pissed off state, so I just kept on typing. He returned in a few minutes; same order (louder) and I continued to ignore him. Well, he was red-faced and full of bluster, and don't ya know, in just alittle bit, I was standing at attention in front of the 2nd LT for NJP. Failure to obey a lawful order, Art 92 I believe. After reading the charges the LT asked if I had anything to say. "Yes Sir. I don't drink coffee, and that coffee is just for the 1stSgt. So I won't make it; that's personal servitude, and if this is your Marine Corps then get me the f-ck out. I joined to be a Marine, not make the 1stSgt's coffee." The LT then asked me (eye to eye), "you don't drink coffee?" "No Sir." He then asked the 1stSgt, "He doesn't drink coffee?" 1stSgt just shrugged his shoulders. Then, that boot LT said, "you are right PFC, dismissed." 1stSgt shut the door, I need to speak with you. Well, HOT D-MN, how about that! read more

I still have my trusty Zippo from down south and very proud of it. I have an old  saying on it as follows. "When this Marine dies he will rot in the ground like any other f' ing animal." I broke the top off by accident and The Zippo Co. was nice enough to fix it and send it back to me. They're guarantee. read more

I was in the Wing from 1969 to 1971, that was after bootcamp, ITR and avionics schools.  We did have quarterly PFTs (Physical Fitness Test) in the Wing.  These included the 3-mile run, push-ups, sit-ups, pull-ups, etc., all for time.  Your time bracket depended on your age and not rank.  My fondest PFT memory was of a quarterly in 1970 at MCAS El Toro.  read more 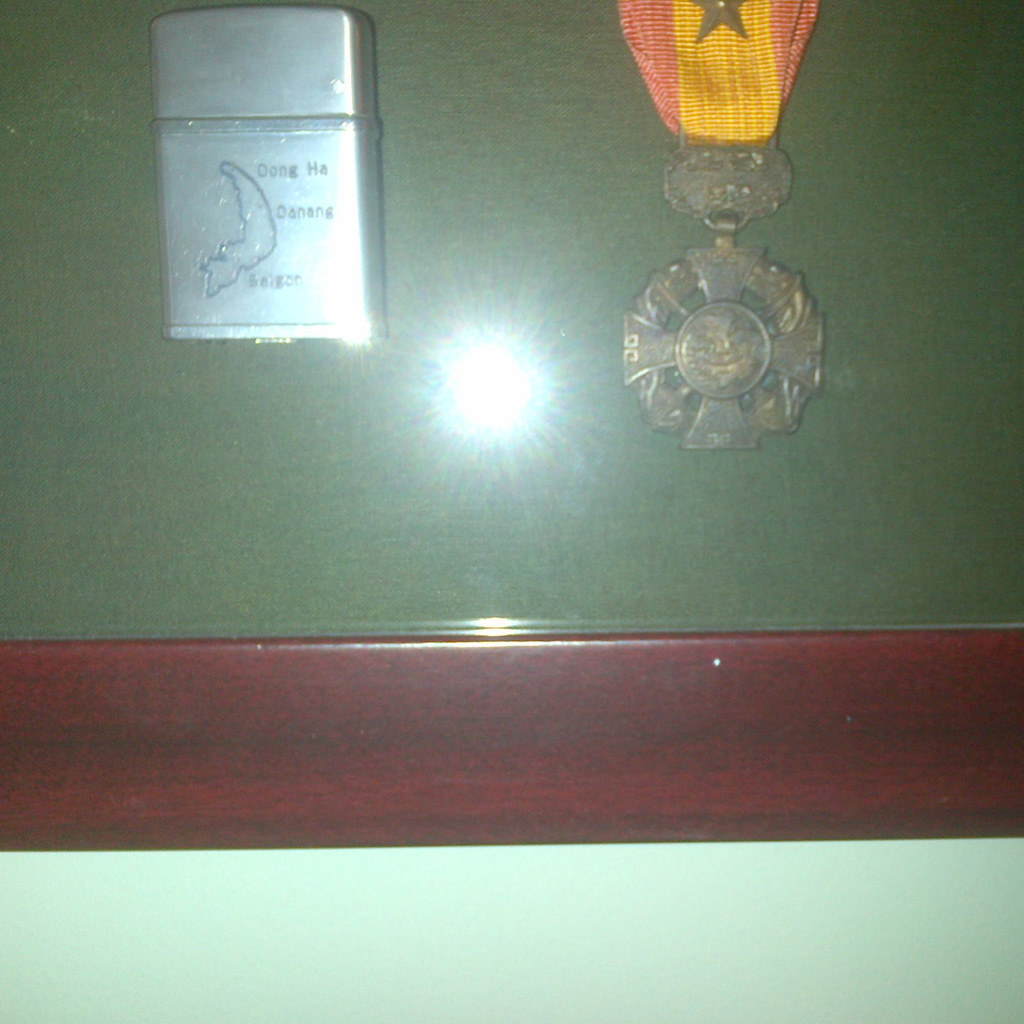 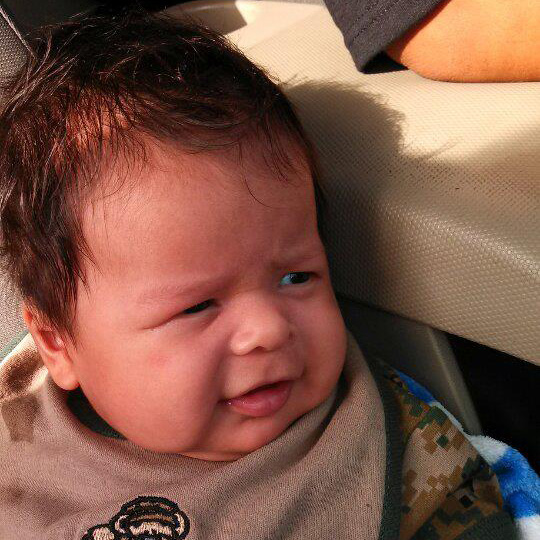 This is Lil Rayray. I'm a Marine Vet and I love the Marine Corps Attire you guys have. 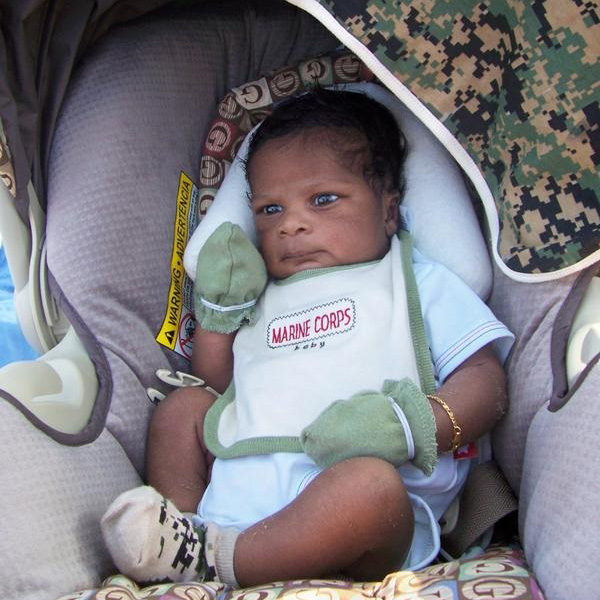 Hey Sgt. Grit Team! I ran across this picture and I realized that I never sent it to you. This was taken a few years back when I had my first child. His name is Gavin. All the items came from your store. I
can't believe that he's going to be six this year. He says he wants to be a Marine like his Mommy and Granddaddy! LOL. read more 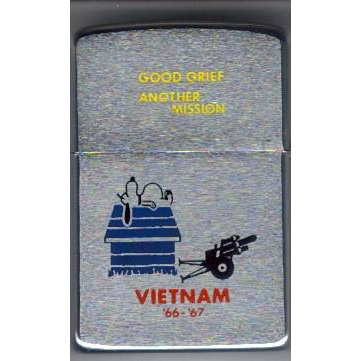 In your latest newsletter, Jerry Nealey Sr. asked about Zippo art. Here is the lighter Charlie Battery 1/13 had designed while we were in Vietnam. I believe it was designed by Lt. Eberhardt (Deceased).

I have seen another one like this with a different date on it, but this is the original one. I do not have a picture of the back, but on that side the lid had: read more