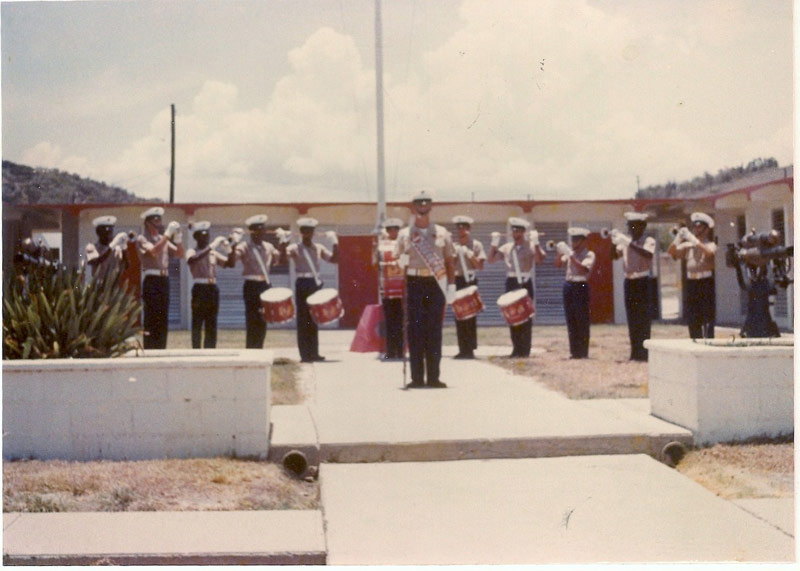 One of the best highlights in my career was a tour of duty in 1976 while serving my 3rd tour in Gitmo, Cuba.  LCol Joe Cody, C.O. of the 2nd Battalion, 8th Marines forward deployed in Guantanamo Bay, Cuba called on for volunteers from the battalion to form a Drum & Bugle Corps.  I was a Plt Sgt in Fox Company when I answered his call.  I was giving an audition to be the Drum Major and he wanted to see if I knew anything about bugles & drums.  He threw me a set of  shelter half poles and said give me a drum beat !!  Then a bugle mouth piece and said buzz me a couple bugle calls.  Since I did graduate Field Music School in 1962 – I passed and was hired on as Drum Major/ Director. 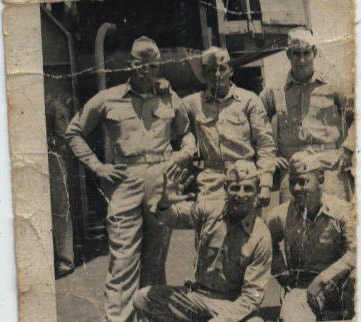 On my first 14 month tour overseas I was stationed at Camp McGill, Japan, which was about 10 miles from Yokosuka Naval Base. I arrived in July 1956. Almost a year later, the Japanese Government wanted all Marine ground troop to move off of the Mainland.  We packed up the 3rd. Mar. Div., vacated McGill  and moved to North Camp Fuji in preparation of moving to our new headquarters in Okinawa. I was at North Camp for only a few months before I was rotated back to the States.   Eight months later I was back on Okinawa. This time I was stationed at Camp Hansen, which at the time was a tent city. This was home of the 3rd. Tank Batt. This was located about 10 miles from Ishakawa, our home liberty town. In the next several months the base was up-graded to “Quonset Huts”, a BIG improvement.    Around that time, Lebanon was heating up and we stood by to deploy there. One night IT hit the fan and we boarded ships. I guess the 2nd. Div. beat us to the punch, because en-route we were diverted to Singapore and were there for a month or so. Along the way we also had to go to the Taiwan Straits because of more unrest in that area. By the time we got back to the Rock I rotated home and was discharged.    The pix is of my buddies and I aboard the USS Catamount [LSD 17} somewhere during that time. On the left standing is Ryan, Happeney, Engle; I am kneeling and waving and on my left is Davis.     These were some of the best years of my life.   Ray Skarzynski Sgt. E-4 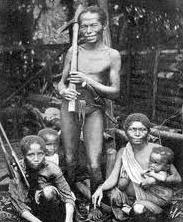 While serving with the 12th marines in 1958 during " Operation Strongback "  there were Pygmy's living in the jungles of the Philippines…They were a tiny people called Nigaritos who lived a very simple and secretive life style….I remember the first time I saw one of them several of us guys were bathing in this small fast flowing river, all of a sudden we look up and here comes this tiny dark skinned little man straddling a log and riding it down the rapids with only a loin cloth covering him….He didn't acknowledge us or even glance our way as he passed by….In our C Rations we had small bars of soap and anytime we'd find a river or stream we'd strip off and jump in for a good bath, it was much better than bathing out of our helmets….When we finished we'd just leave the small pieces of soap lying on the bank….We soon realized the Pygmy's were slipping down out of the jungle at night and gathering up all the small pieces we left….We always felt like they were watching us, but they were very seldom seen…..I just found out recently some of them were working underground with the Military forces helping to defend their country…..Being an 18 year old kid from Indiana it was quite a culture shock to see these things……It was a great education. 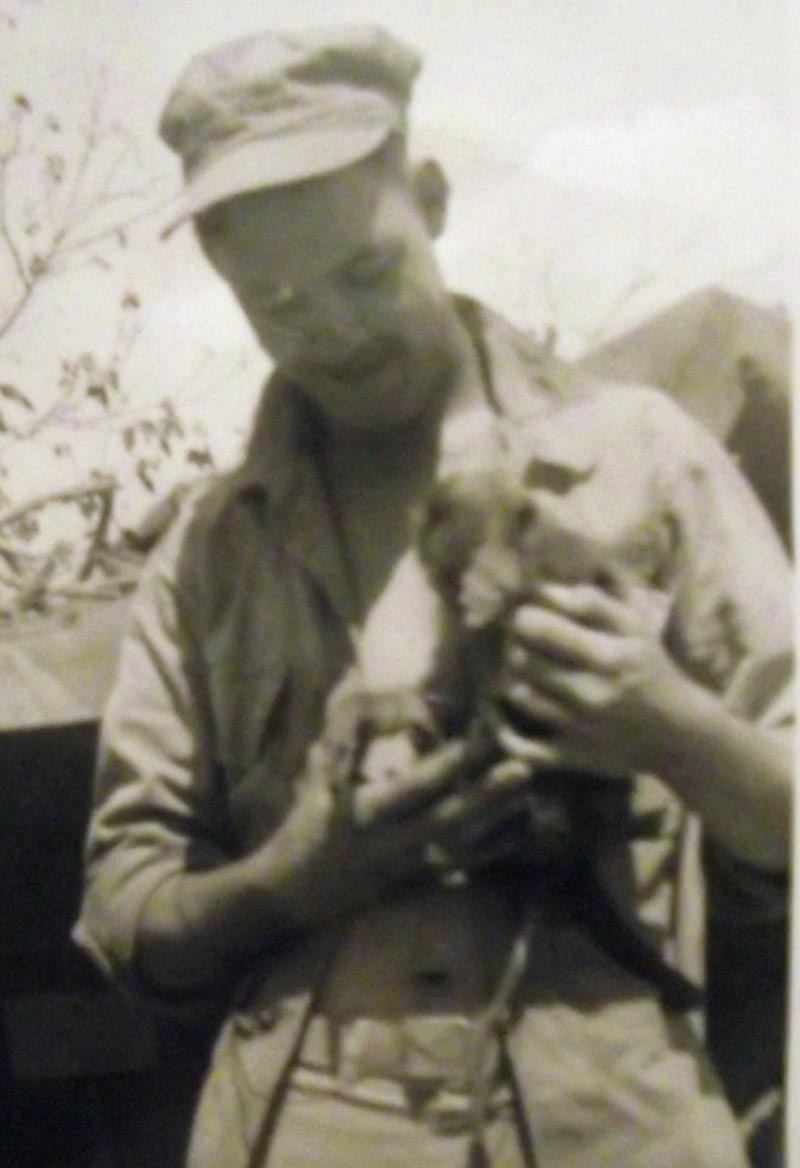 This photo was taken in 1958 while serving with Kilo Btry. 4th Bn. 12th Marines during  Operation Strongback in the Philippines….This little Rhesus Monkey showed up at my tent one evening and stayed with me until I left for Okinawa…I called him Monkey Buddy….He got to swiping anything he could carry from the other guys, he would steal Cigarettes, Zippos, Mess gear and bring it to me to my tent….The guys finally learned when something came up missing Monkey Buddy had paid them a visit…I never figured out if he was stealing for himself or for me….He liked to sleep curled up beside me at night and would wake up screaming mad if someone got to close to me….He loved to pick through my hair like he was searching for bugs, and at that time he probably found some, but he kept my hair clean….He came to be a good little Buddy and I hated to leave him behind when it came time to leave for Okinawa…I wanted to take him with me but it wasn't possible….I enjoyed his company what time he was with me and think about him often….He was a good little Marine …Semper Fi   Little Buddy

March 21, 1991. 4:45am, Gulf War, Ras Al Misab, Kicker Station on the GSG-2 Fuel Farm, 8th Eng Spt BN, 2nd FSSG, 2 MEF,  Cpl. Mallory and I (Cpl. Hoskinson)  had been at the station for the last three days, decompressing, working and feeling better after the cease fire of the ground war.  The station was located on the outside of the Saudi airfield fence, just a pump and a cramped bunker located between the fuel farm and the dispersion point.  The night was smoky and the airfield was still under blackout.  Whenever something needed to land, the craft would buzz the tower, the lights would go on, they would land and the lights would switch off.  A Saudi C-130 buzzed the tower and no one turned on the lights.  The plane banked and attempted to land, putting a wing into the ground, sliding in our direction.  All I remember is seeing a flash of sparks and hearing what sounded like a thousand tin cans rolling around.  We hopped into the bunker and prayed.  It stopped short of the fence and we called for help.  No one would believe us.  We got out and started running to the crash when the mess just exploded.  Rounds started cooking off , we picked ourselves up and went back to the bunker.  Behind the bunker, not in.  We wanted a bouble wall between us and the crash.  That puppy burned and there was no emergancy response from the airfield.  Things quieted down and we heard the pilots pounding on the cockpit windows.  Help finally arrived and they pulled the pilots out.  In the end, all that was left was the tail section, the cockpit windows and the nose.  We found out later that the plane was carring Sengalese troops who were returning form a trip to Mecca.  All 92 died plus the six Saudi air crew.  I've seen a little summary of this event on Wikkipedia, but I thought I'd share my story with my fellow Marines  on Grumpy's… P.S.  Mallory passed away in the Fall of 1999… 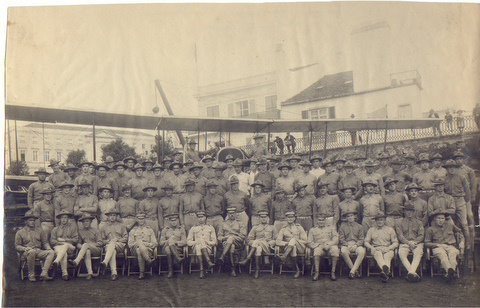 Sgt. Grit – Talk about the 'Old Corps'!  This is a picture of the 1st Aeronautics Company stationed in the Azores Islands in World War I.  It was the first US Military Aviation company to serve outside the continental US.  They hunted for, but did not find, German submarines.  The Commanding Officer was Major Evans.  He flew the sea plane in a loop, a feat thought impossible at the time and he received a Congressional Medal.  The Executive Officer was Major Brewster (Brewster Buffalo fame).  My dad was a mechanic who signed up "for the duration of the war" in Philadelphia, PA in 1917.  Major Evans' medal and the original photograph reside in the US Marine Corps Museum in Quantico, VA. 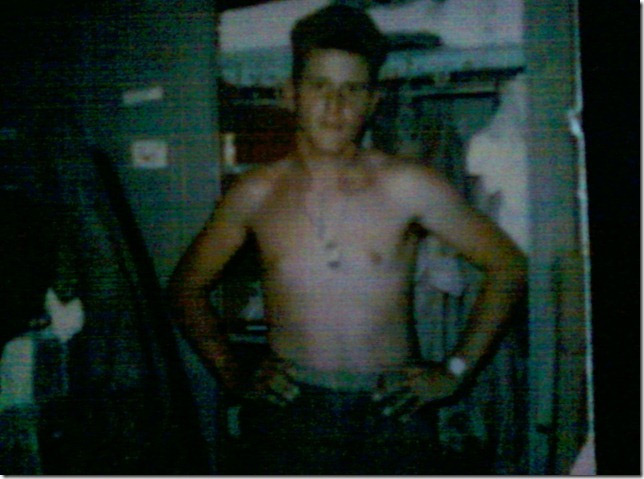 Was TAD at the air strip for almost 6 months. The alerts were bad running up those Hills to the Fence Line was NO Fun at all. We all were able to Hang but glad to get out of there. Shipped out to Vietnam as soon as I got back. 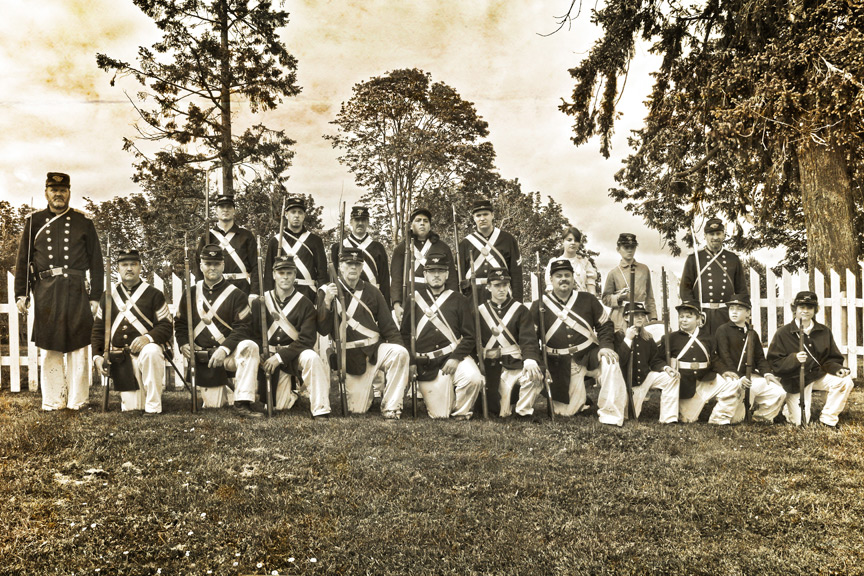 Here is one of the Unit photographs taken at Port Gamble June, 2010.

Here is the group photograph of the Cannoneers.

Here is a motivating photo of our HMMWV in Kosovo. We are part of the 4th Civil Affairs Group out of Wash DC. working with KFOR for the next 6 months. I thought that you might enjoy it.

Our thanks to Thomas McLeod for his time and effort in compiling this list.