Snow banks are dirty and gray,

Doubters still flourish in love of the King,

To the British ways they mindlessly cling, read more

My loving and supporting Wife of 18 years wrote this as a retirement gift for me last year.

Ready to be raised,

And honor to be praised.

The colors do not fall,

If there is one thing I know to be true,

I'm a United States Marine through and through.

My blood is Crimson, my heart is Gold.

I'm one of the Few, The Proud, brave and bold.

I'll fight for Freedom, and would die for it too.

Soldiers Wake Up! Soldiers wake up! Knowing there are missions ahead. A cold, distant, and dark morning, eating away at their bodies . In a strange land. Hesitant, they will continue with a gun in hand. There is no choice; they will rise with their bodies hurt and sore. They will watch out for each other on the field. They all know they must continue. Their minds are focused, straight on the task they so much hate. For they will be in the midst of danger on the battle field,Advancing with pain, injured, and tired. They simply ignore it. This is what they train for. Then after so long, with the suns beating rays battling them. They find this land dry, dark, and dead. Silent and sedate. That's all they knew. For they watch each other, like brothers they know this day's battle will be over. Injured and hurting with scars, and blood and sweat. The day will get dark and cold,The same way it is in the morning. For now they load up, heads held strong,with sorrow, loneliness, yearning, yet accomplishment. Their mission is done for the day; they mournfully eye each other, knowing they can't go home. But remembering sadness and brothers for they have to continue, the next day, and the next. For this is a war for freedom, every day. Someone has to pick up the pieces, a wife, aunt, sister, mother, cousin a family. They know little of those who support them. Let's show our warriors we have hearts. God bless our soldiers. read more 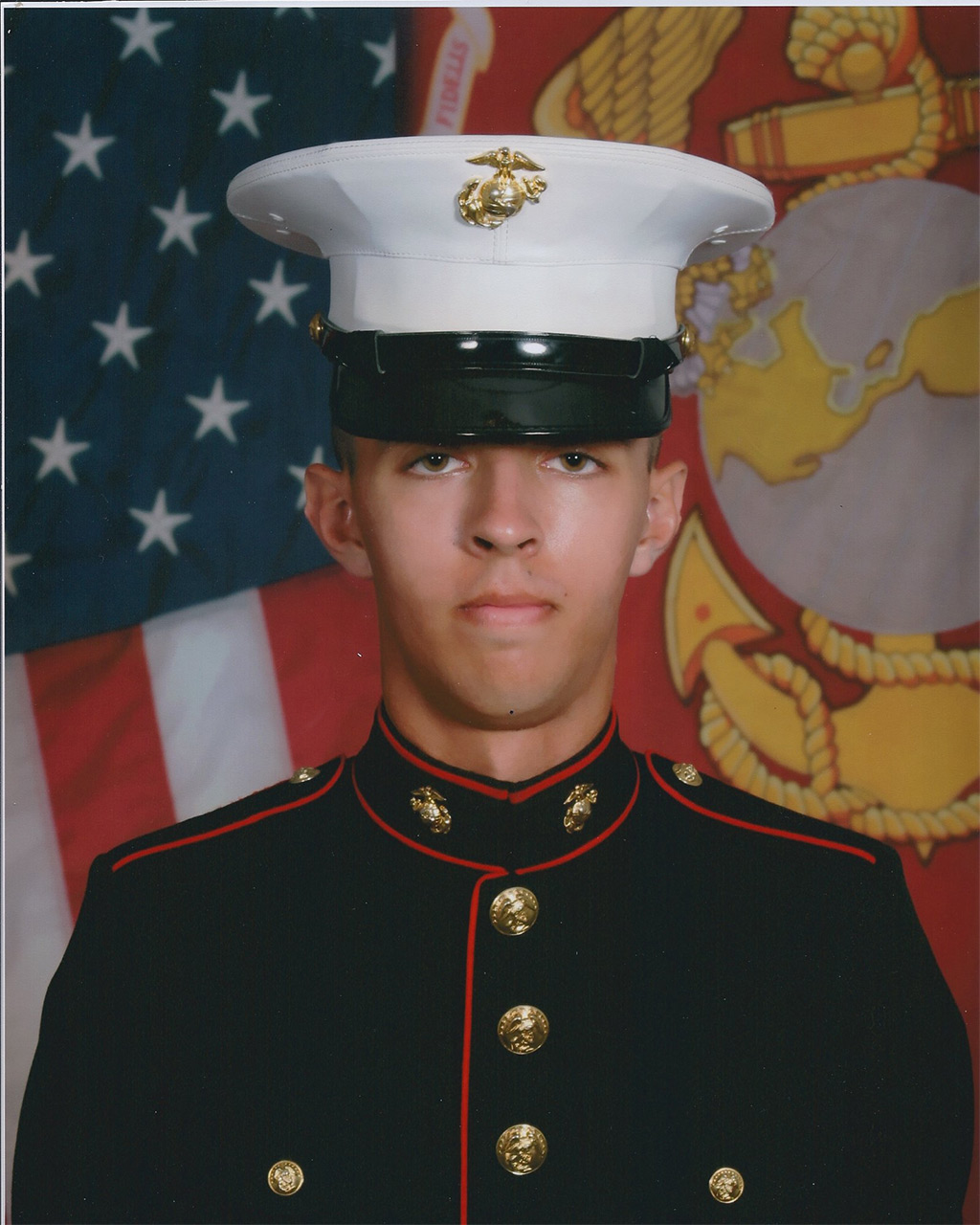 As I lay me down to sleep,
For 54 hours your soul will weep.
Be strong my son, the end is near,
And this is when, youâ€™ll have no fear.
The pain you feel, it will not last,
Youâ€™ve become a man and grown up fast.
My heart is full, so proud and serene,
The next time we meet you will be my MARINE!!
When you were a baby, I could not believe,
Iâ€™d created a person, so perfect to me,
And now my creation protects everyone,
Iâ€™m so proud to call you my baby, my son.
No matter where you go, where you march, where you fly,
Youâ€™ll ALWAYS be with me my sonâ€¦.SEMPER FI! read more 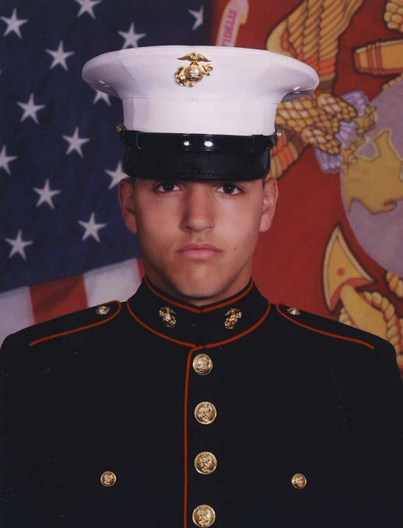 You never know when that moment will hit you and it always catches you by surprise.

It’s the thought of you leaving that rips through my soul and brings instant tears to my eyes.

Now those moments are more frequent as your time here decreases.
It will be most difficult on your mother as her heart is sure to break into many pieces. read more

The Mason neede bricks, to build his famous wall.

He took my blue-eyed uncle, who stood so proud and tall.

He turned him green and gave him death, and forced the muck and mire,

He laid each brick, where he saw fit, regarding nones desire.

Some he laid together, others laid alone, read more

Sgt. Grit,   Several months before I came home from S. Vietnam, I sat down one day to relax for a while and ended up writing a poem.  It was a short and very insignificant poem to most people, but to my friends and me it meant a lot.  Maybe I wrote it because I believed in America and the good things we stood for in this world.  Maybe I wrote it because we in ‘Nam at the time were sick and tired hearing about the jackasses back home, the Fonda’s, and draft dodgers we were protecting.  It’s amazing we in the service are called on to protect the liberties and rights of even those who don’t particularly care for our nation.   In any case, this is what I wrote:   Americans Unite   The seventeen months I’ve spent in ‘Nam have been slow,  Soon I’ll be going home to a country I don’t know. Everything in it has changed, I’ve read, The day I arrive I soon will dread.   The riots are raging like full-scale war, Something I wish to see or hear no more. If we here are to stand and fight, Then the people at home must unite.   Communists and militants range far and wide, Ripping apart our country’s morale, beauty and pride. They must be stopped and put in full retreat, Both here on the front and our own city streets.   Wake up Americans and take a look around, You’ll see roving bands destroying your ground. Look around and see your nation’s plight, In hope that you too may then see the light.   The militants are no longer a mere pest, They are causing our nation discomfort and unrest. You must unite and form a common goal, And force them from your own front door.   They will then get the idea and stay away, ‘Cause they’ll know you patriots are there to stay. You then can be proud of yourself, ‘Cause your country was saved with your help.   Once again we’ll be strong not weak, Able to work a peaceful five-day week. No longer will our country be torn, And you’ll be proud you’re American born…   After I wrote this several guys in my outfit encouraged me to send it to my local paper as an editorial.  Most of the men in my outfit got sick and tired of hearing about the riots and the utterly worthless college students marching on campuses across the country who wouldn’t serve their country.  Those worthless, useless panty waste traitors need to pack their bags and leave our country for good.  We all felt like we didn’t need people in our nation who didn’t want to help defend it from aggression.  And just as bad were all the reporters, especially Walter Cronkite, who only reported the news in very liberal and left wing very biased reports.  Those reports were full of out and out lies, or at best half-truths, which they fed to the American public every night on the evening news.  Amazingly to this day, many people still think Walter Cronkite was a red-blooded American who really loved this nation.  If they looked back and really examined his newscasts, I think many would realize how far to the left he really was?   Sgt. John Bolton MOS 2533 -Hq 4/11 Headquarters Battery 4th Battalion, 11th Marines Vietnam – Oct 1967 – July 1969
"For the men and women who have served, For the innocent blood that was shed, For all who never lost their nerve, For the living and the dead.   Today has marked a victory, For Americans both home and away, For the last ten years of misery, Ends with Bin Laden's body in decay.   We told Al Qaeda that we would not quit, Until we killed them all. That 9/11 we would never forget, And many answered the call.   So it took ten years to bring to an end, That murderous life unfurled. Lets drink a toast to the men, Who fired the shots heard 'round the world."   Sgt Michael M. Elder USMC 0311 2003-PRES Fallujah and Afghan Vet