I am a former SGT/USMC and spent 8 years on Active Duty. I deployed for OEF and OIF. I came back home with issues that were not always visible. My life was coming to abrupt end if it was not for this one organization I found. I wanted to make you aware of an organization that has changed my life completely. Dogs 4 Warriors, Inc has provided me with a life-changing Service Dog to assist with combating my PTSD, for free. My Service-Dog Samson mitigates all the symptoms of PTSD and comforts me when I am in an unfamilar environment. Dogs 4 Warriors has paired 55 Service Dogs with Disabled Combat Veterans suffering from PTSD and/or TBI within the past 2 years. D4W can not continue to do these life changing things without the support of organizations around the country. Please take a few minutes to check out their website at www.dogs4warriors.org and read my, and other Veterans, testimonials. I have also attached a brochure that includes a bit more detailed information. I have loved your magazines for years. While I do not have the funds to order much I do enjoy looking through them all. Thank you again for all you do to support the USMC and veterans world-wide. read more

The last 10 years I have shared my home and my life with a pure blood Old English Mastiff I named Moose because he would eventually become one of the largest dogs on the planet. As he neared his ninth birthday Moose settled at 235 pounds, just before he was diagnosed with Nasal Squamous Cell Carcinoma, one of the most agressive and of course deadly cancers. We had a surgery done immediately and the prognosis was good, tests showed that they got it all, but they had to carve a big ugly gouge in the middle of his face, No matter I still had my Moose and he was pretty much the same old friend and companion, he lost some (a lot) of weight, down to 165 but he's happy, he eats good and still plays with the cats, but a recent checkup has indicated the cancer has returned. There was talk of CT scans and radiation and after over seven grand in the past year I just don't have another eight to ten thousand. I am proud that I could give him another year, I am a Vietnam Vet with 70% PTSD and Moose has carried me through a lot, I owe him big. My only hope now is that he can hang on til Nov 18, his tenth birthday, my only other hope is that he lies down to take a nap and just does not wake up instead of makeing me have to make the decision when his quality of life has reached that point.. I will miss my big buddy, we have been inseperable since he was seven weeks old, the breeder was a friend and she let me take him early and I even gave him his last set of puppy shots. If ever a dog was truely representative of what it means to be a Marine it is the English Mastiff. What a history they have, from Ghengis Kahn to Hannibals trek across the Alps in his attempt to bring down the Roman Empire and creating several large breeds along the way. The Nobles kept great kennels and used them for sport from deer to bear a pair of Mastiffs were formidable, then during WWI they were almost wiped out but a few had been brought to the states and the breed exists today because of that… read more 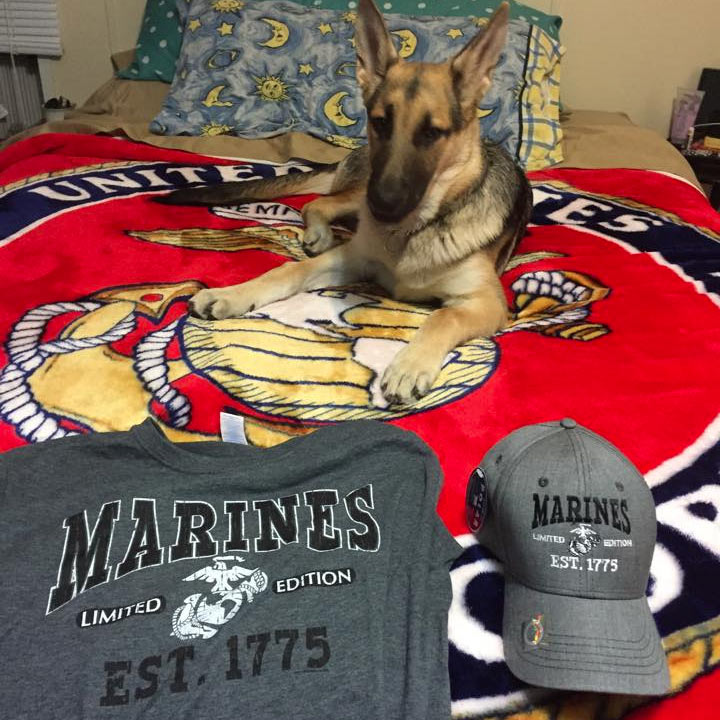 I have had such an awesome experience shopping on your website so many great gift ideas for my Marine husband. The Devil pup is Jasper, he is 5 months old and is so smart and protective. Already a true Marines dog! 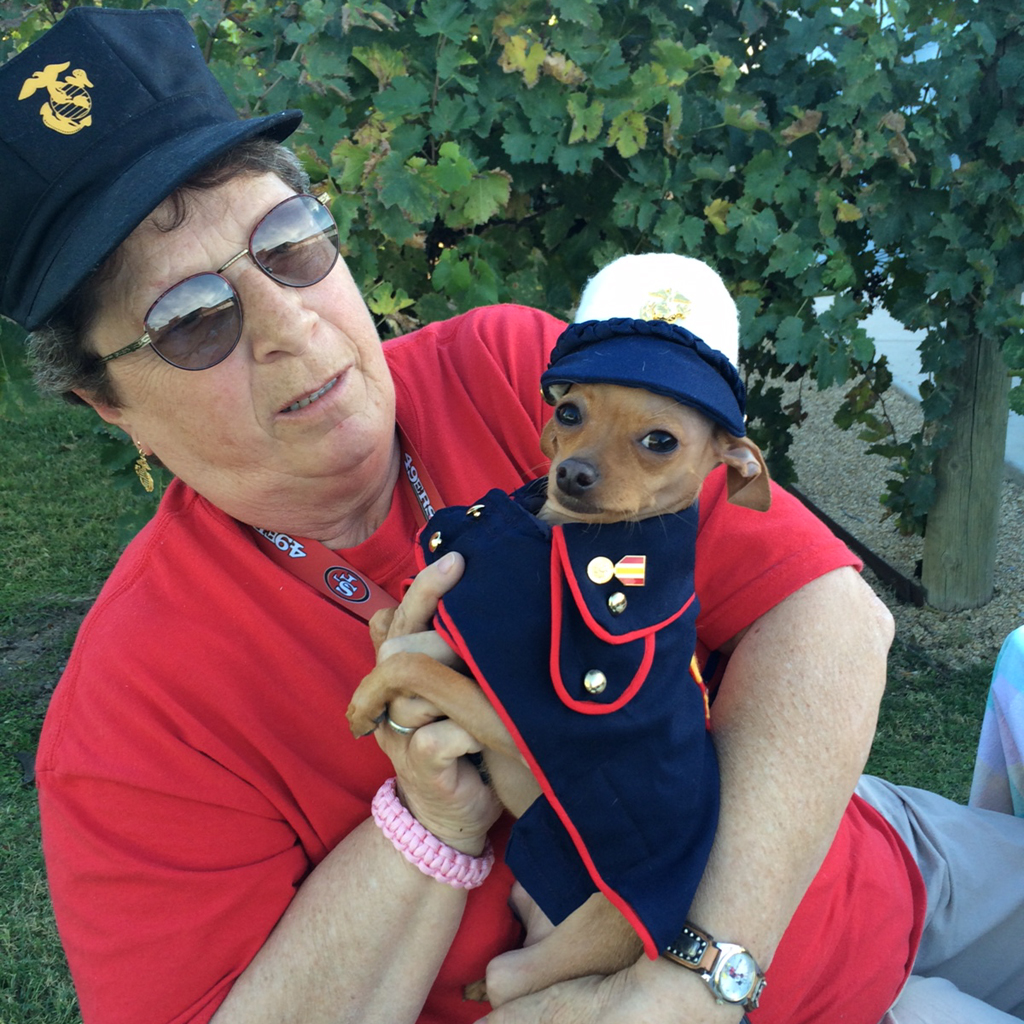 Here I am with Brandi Alexandra, a 6 lb. Reindeer Chihuahua in her Woman Marine Dress Blues. I am a Vietnam Nam Era Veteran who proudly served in the Corps from Nov. '68-'70, at MCRD San Diego,CA. Believe me, I would NEVER change those two years for anything! I was assigned to the Provost Marshals Office where I had the honor of working with GySgt. Jimmy Howard, Medal of Honor recipient, and worked in Casual Company, both H&S Bn. MCRD. San Diego. I Loved My Jobs! read more 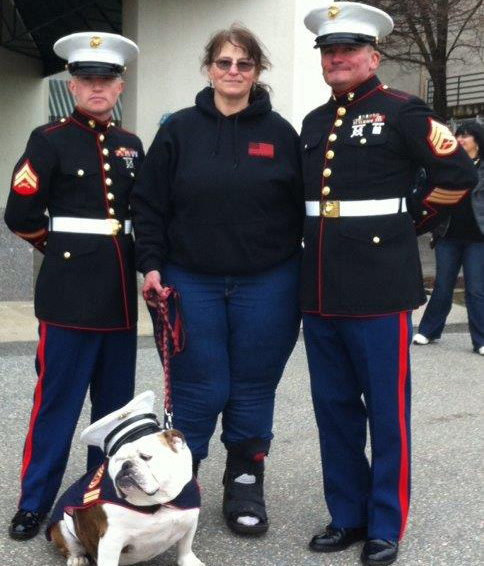 These photos were sent in by one of our long time customers, Grace Washburn. The pictured Devil Pup is Bruce The Moose… Showing off his Marine Corps attitude and his dress blues.

In 1969 while serving in the 1st MAW in DaNang, I was at the airstrip waiting to catch a C-130 for Chu Lai when a little guy came out of nowhere… He jumped in my lap and looked hungry. I took him back to the compound and got him some chow & water. We became good buddies for the next 4 months. I named him "Pig" because he would eat anything!  He was a great little guy! read more 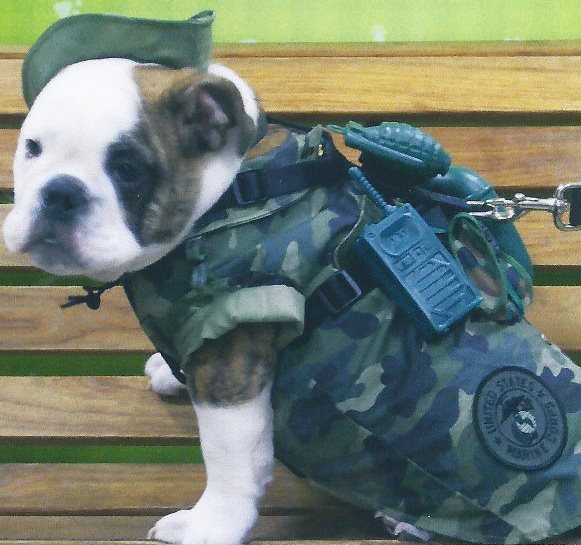 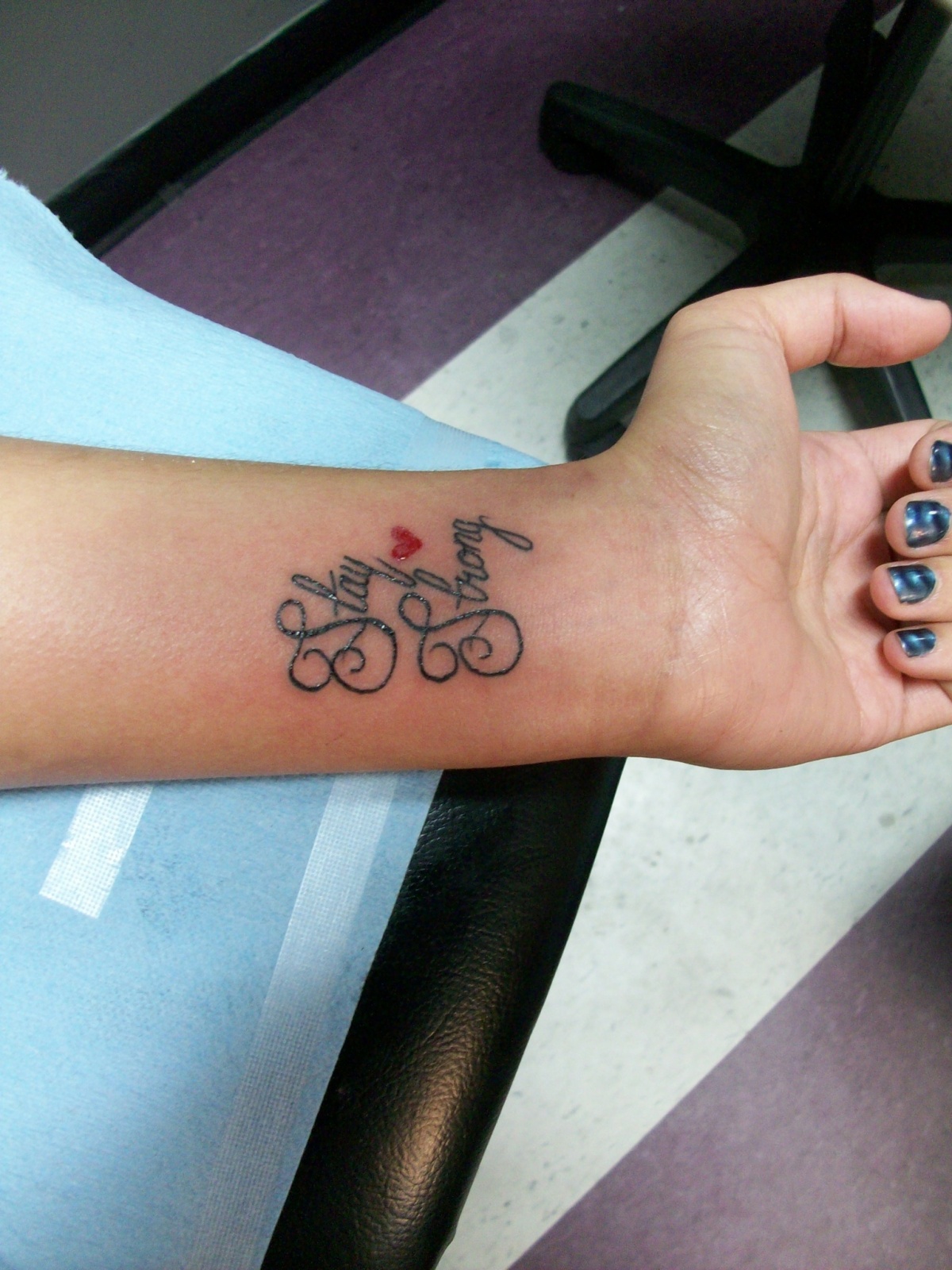 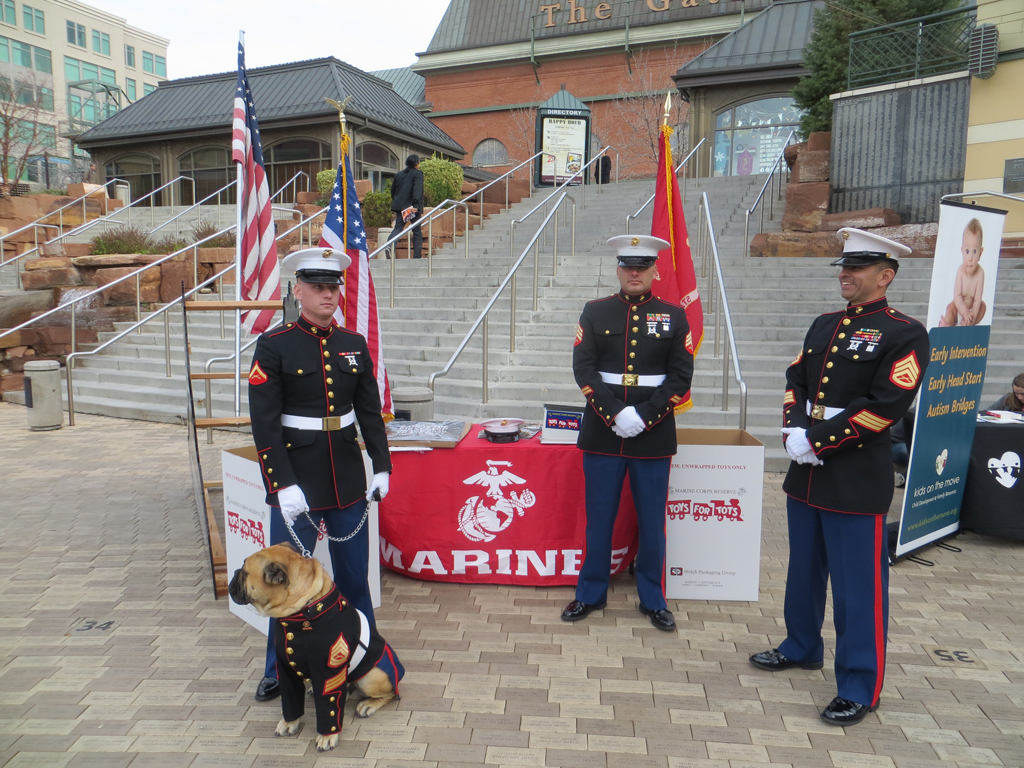 This is our Mascot Gunny Monster supporting the Marines at Radio Disney event at the Gateway in Salt Lake City. He works with the local Marines supporting the Toys for Tots campaign. 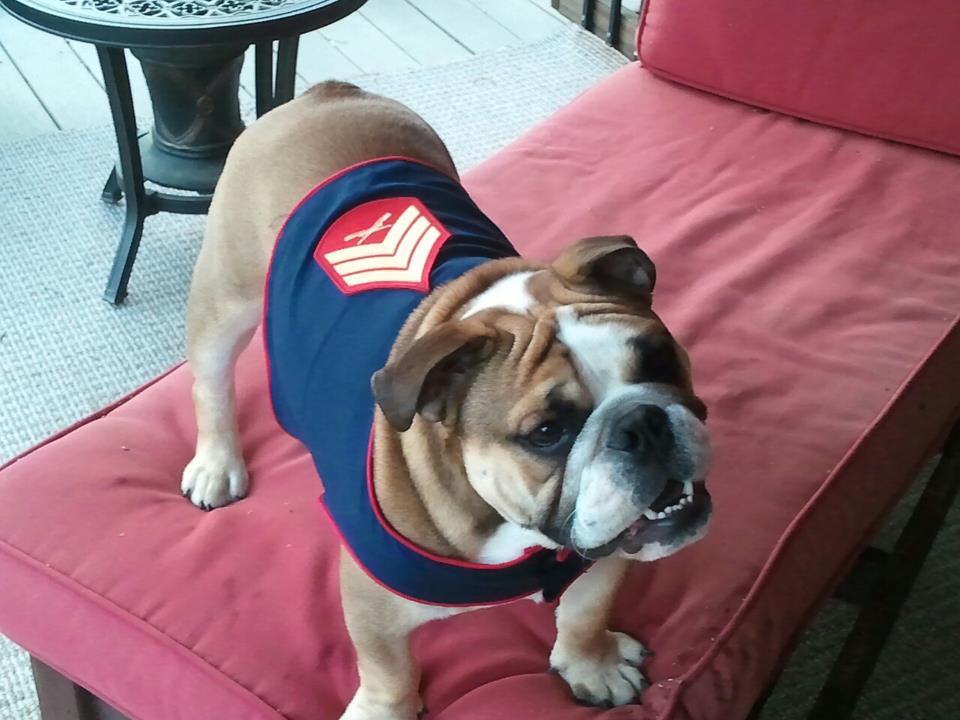