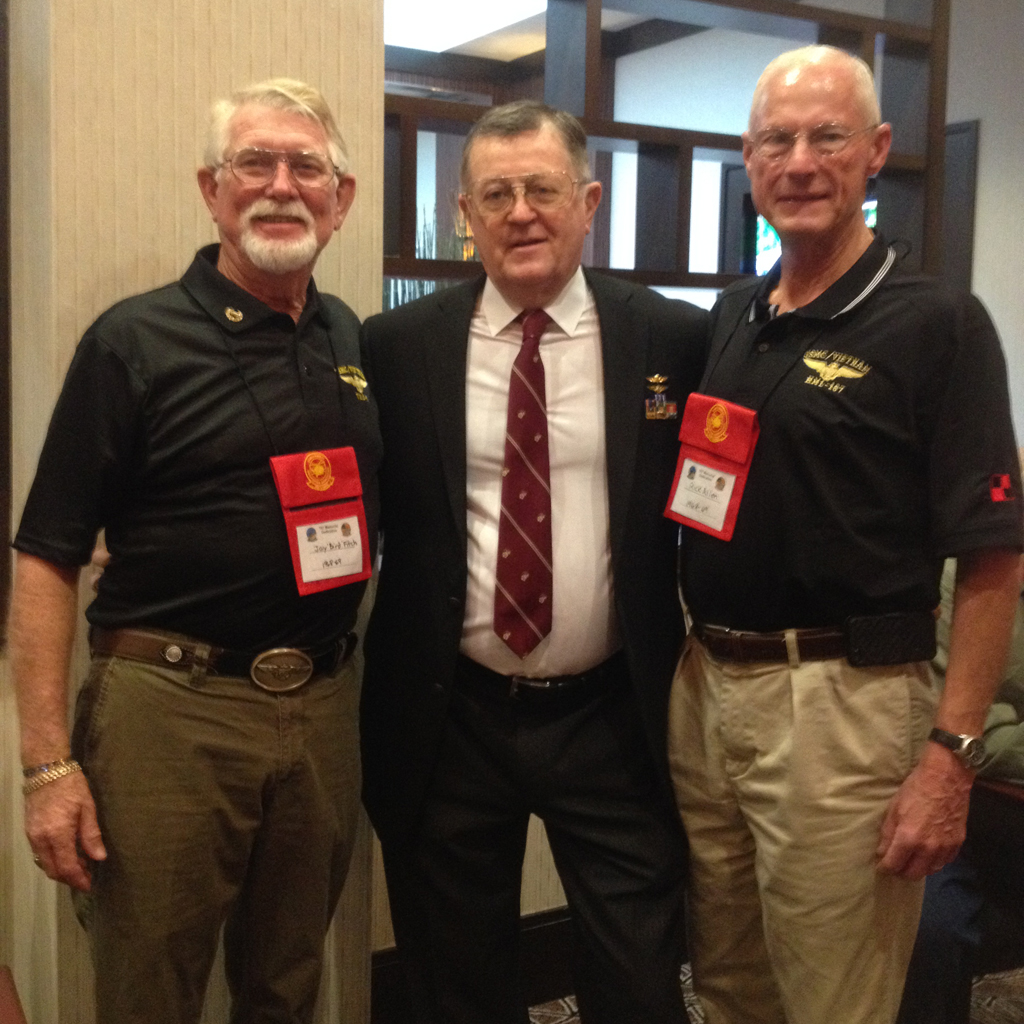 HML/HMLA-167 dedicated a memorial to our fallen comrades at the Marine Corps museum on the 29th of March. A very bright spot in an otherwise somber weekend was the reuniting of three roommates from Marble Mountain in 1968/1969. 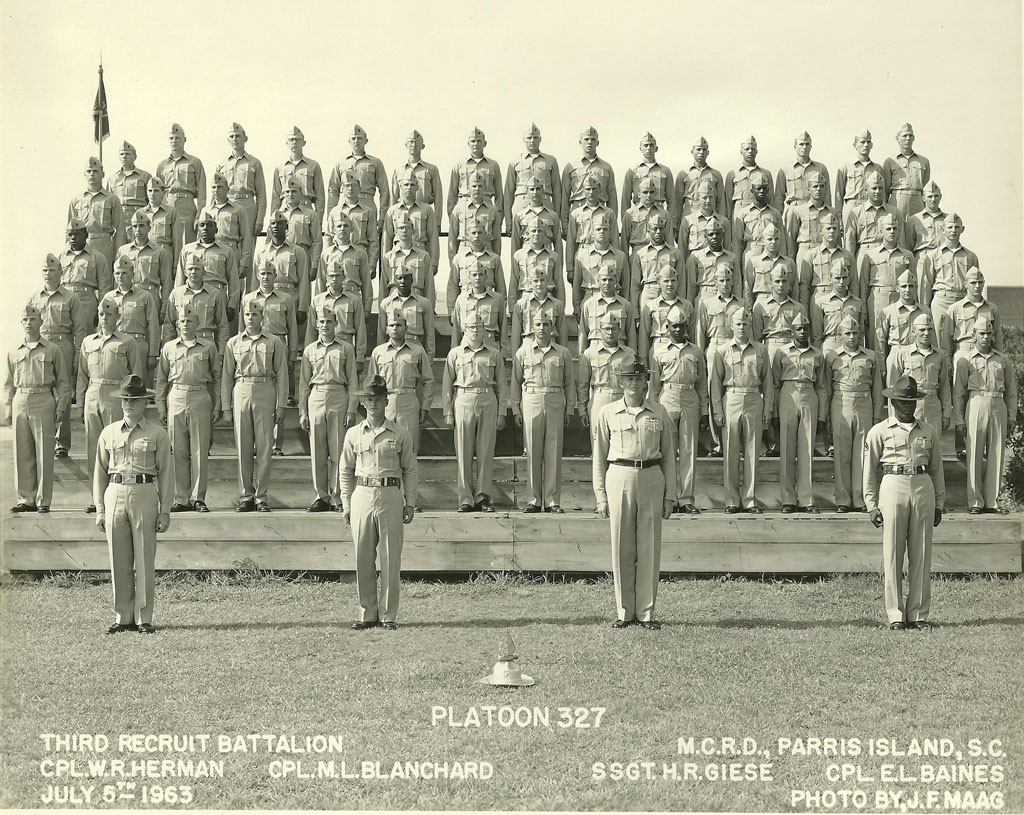 Attached is a picture of Platoon 327, Parris Island SC. We started training April, 1963 and completed training at PI in July 1963. I would to get in touch with anyone from that Platoon. I am in the second row and third one in from the left side. Please email me at pba2352[at]gmail.com. read more 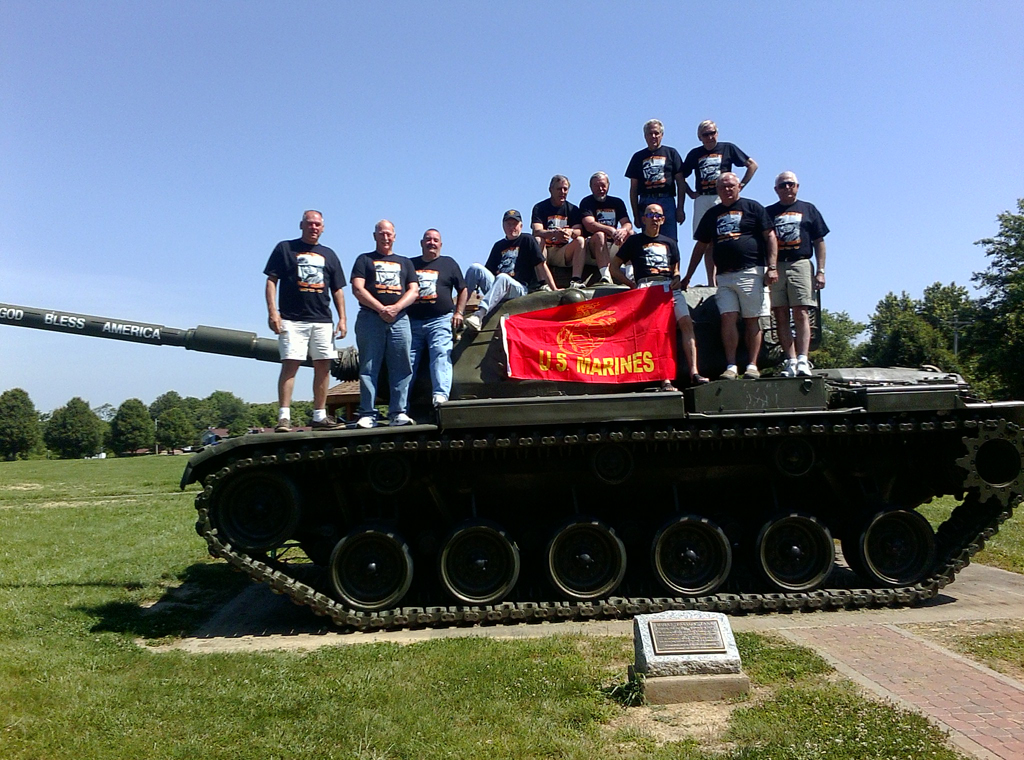 The 1st Marine Division, 1st Tank Battalion, Bravo Company, 3rd Platoon, will gather once again for their reunion, May 14th in ST. Charles, MO. This is the 3rd time the Viet Nam Vets have met as a
group since 1967. The first time they had seen or heard from each other was in 2009. That was the first time any of them knew who was still alive, or where they were all located. Cpl. Ronald Davidson said, "we have lost a few brothers along the way, and still have a few "strays" to locate". read more 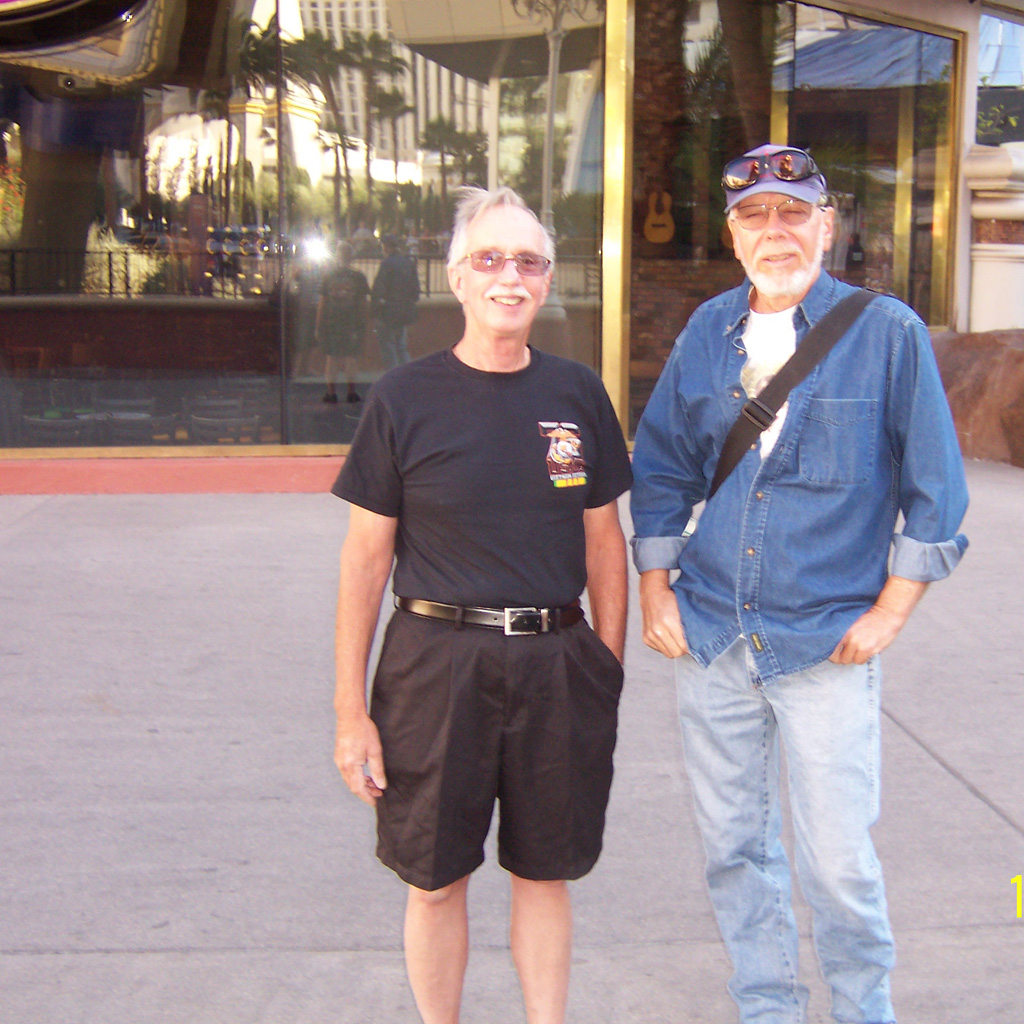 About two years ago I received a phone call from Jim Kozelouzek, my bunk mate at Parris Island. We were in platoon 321, January 13, 1966. We had neither met nor spoken since graduation. I had orders for FMF WestPac, ground forces and he went to weather school in NJ. After ITR and language school I went to HQ Co, 1st Marines in August 1966. Jim arrived later and deployed from DaNang to Dong Ha. read more 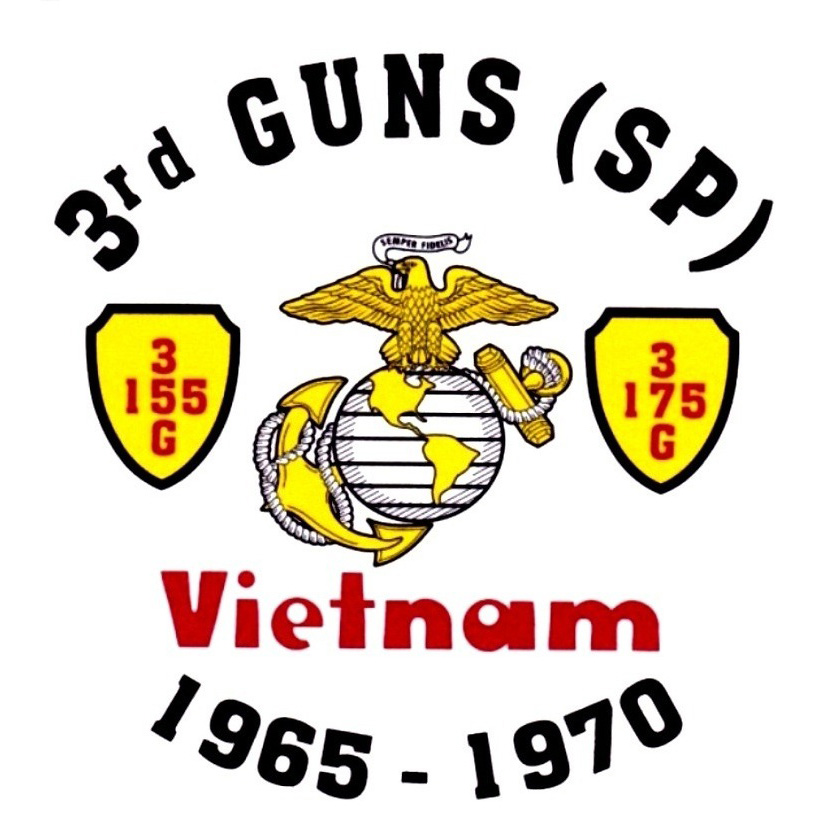 The 3rd 155/175mm Gun Btry (SP) held its 3rd reunion in Branson, MO this October. Our first time to Branson and we were not disappointed! By far the most military friendly place around. We met up with friends we haven't seen in 45 years. The highlight of the reunion was our unit Banquet and the fun of raffling off the gifts you sent us for our reunion. Thanks for your support and the great products you sell and your great newsletter. I look forward to reading it every week. Keep up the great work! read more 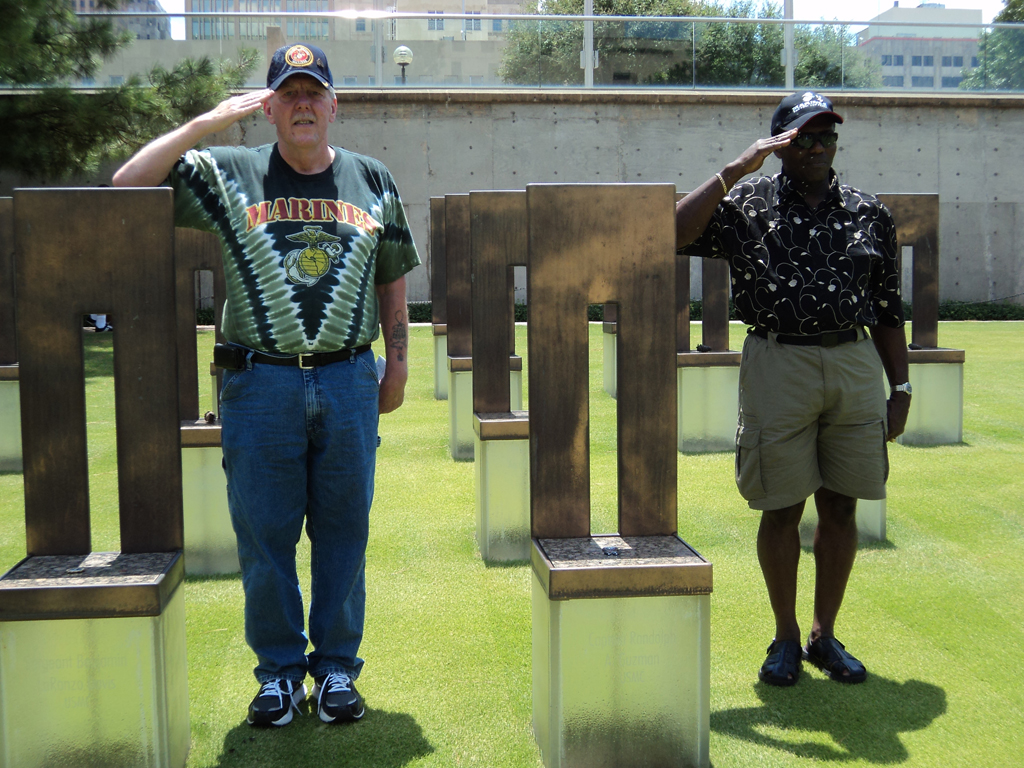 Located 51 of the 73 members so far. Picture was taken at the Oklahoma City Bombing Memorial during our first Platoon reunion held in Oklahoma City,OK in 2013.  Second reuinon is being planned for San Diego in the summer of 2015. Contact Stephen Norpel   snorpel@yahoo.com (563) 451-8417. read more 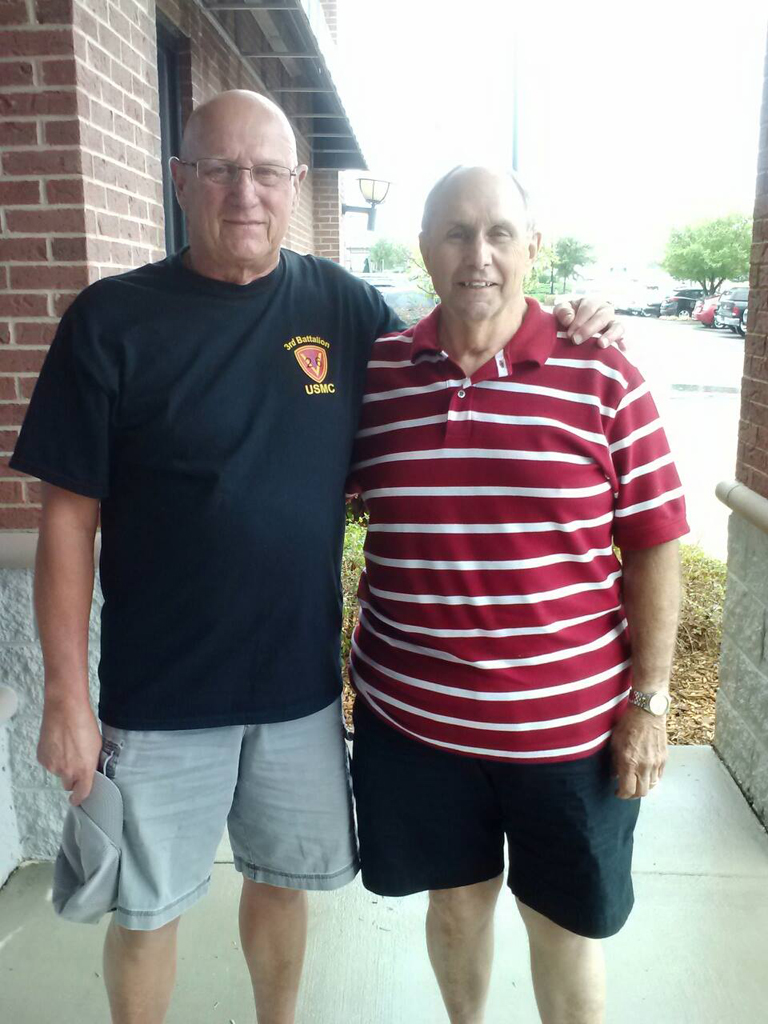 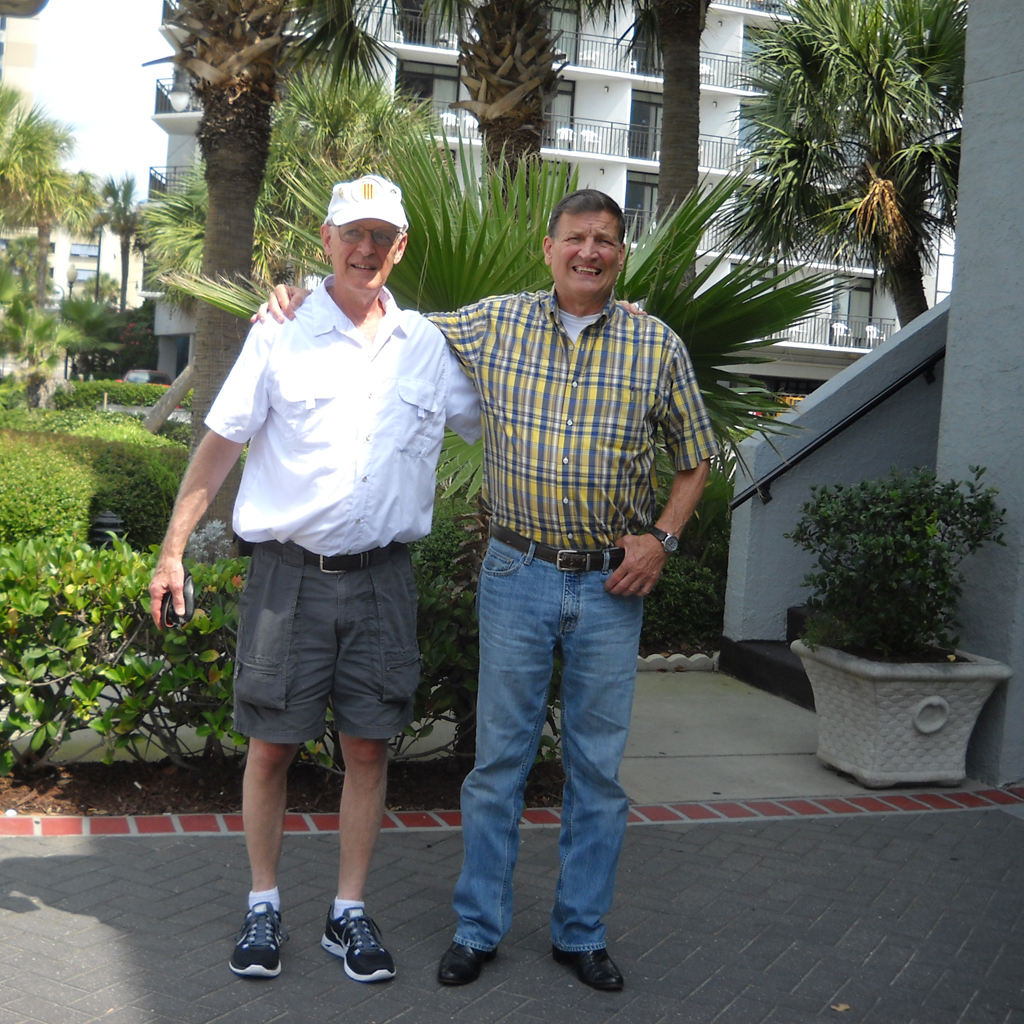 Tom Lucas & John Marinko hooked up at Myrtle Beach, S.C. in Sept. 2013 after searching  the "Together We Served" website for military, and veterans.

Tom was in platoon 329, and John was in platoon 328 at Parris Island in 1963, and later both were stationed at the Parris Island Field Music School.  Tom was a drummer, and John was a bugler.  After school, both were stationed at Camp Lejeune Force Troops.  They made many trips together back to Johns home in Sumter, S.C., and Tom and John remember one time Tom didn't have any clean civies, and John's mom washed his clothes for him.   read more 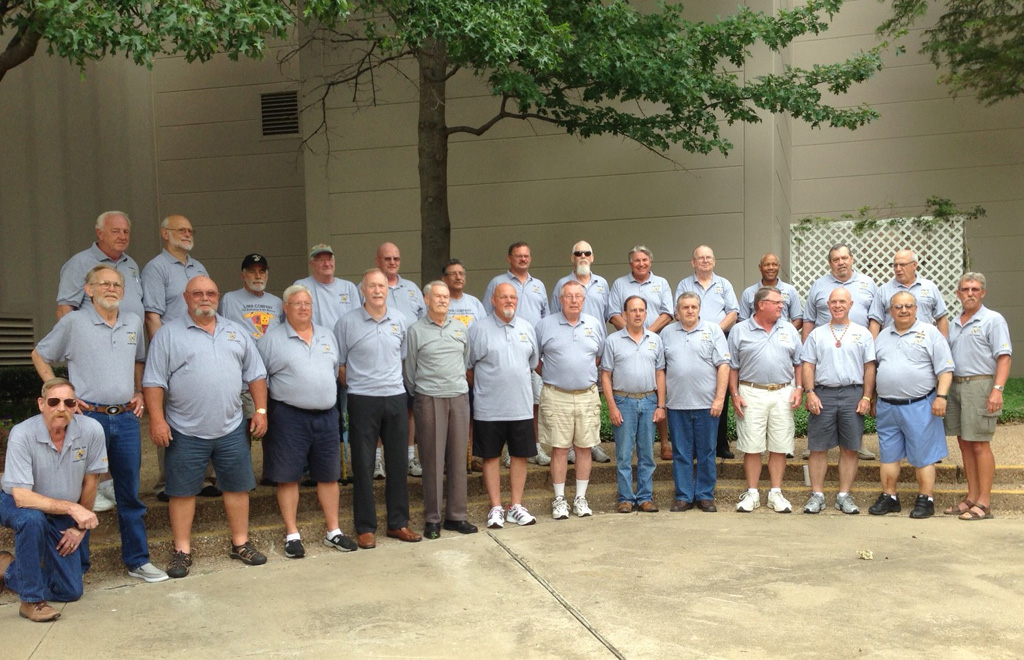 Here is a picture of the group that attended the Lima 3/5 Unit Reunion that served in Vietnam from 1965 – 1971 in Arlington, Texas this year in June. 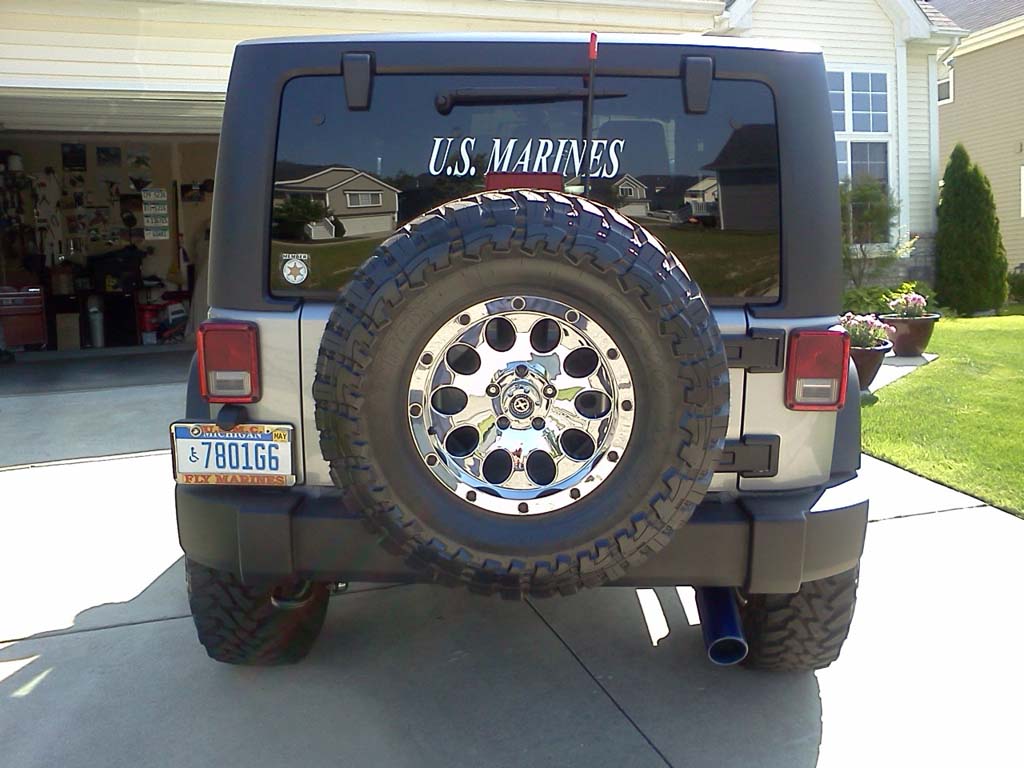 First off, wanted to say to Jim (the Ole Gunny) McCallum thanks for the great story about AV-8-ers. I was sucking on some pogey-bait at the time and nearly choked to death laughing. At first I was really into the history lesson because it's one of my favorite subjects, and I've read a few books about Genghis Kahn. About 2/3rd's of the way through I caught on. I realized I've flown with quite a few Phu Khen AV-8-ers and even one Phuc Dup AV-8-er (he broke the skid on a Huey one day landing a bit too hard). Love your stuff Gunny. Keep 'em coming, please! read more