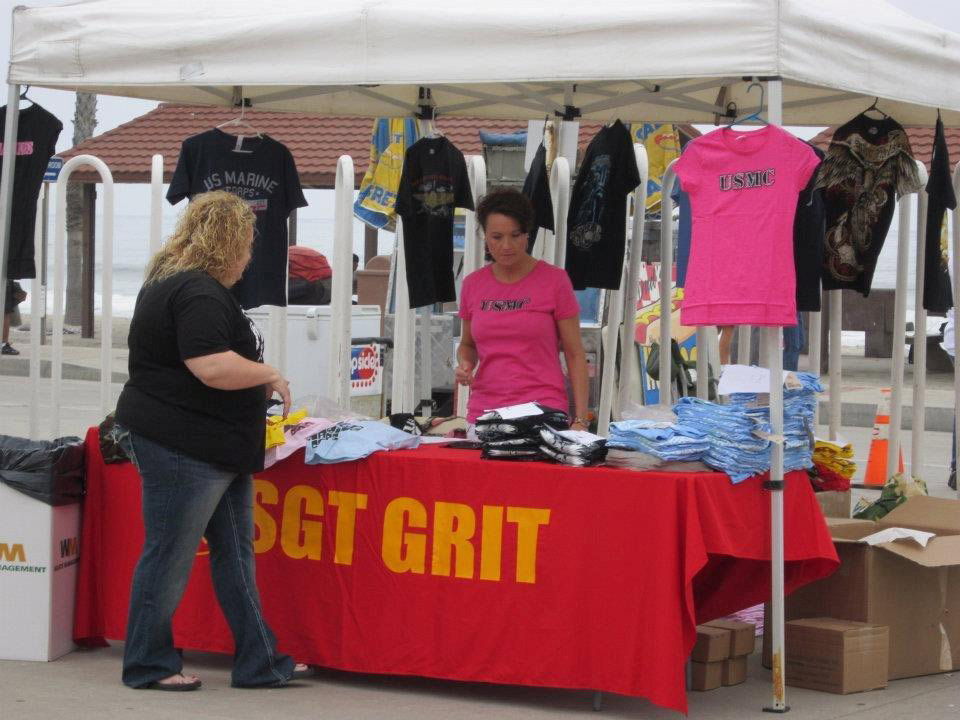 What a great honor to attend this day as a member of the Sgt Grit team. I remember going to this when my husband and I were stationed at Camp Pendleton and we were the recipients of all the great things that Oceanside has to offer during Operation Appreciation. Now it was my turn to help give back. read more 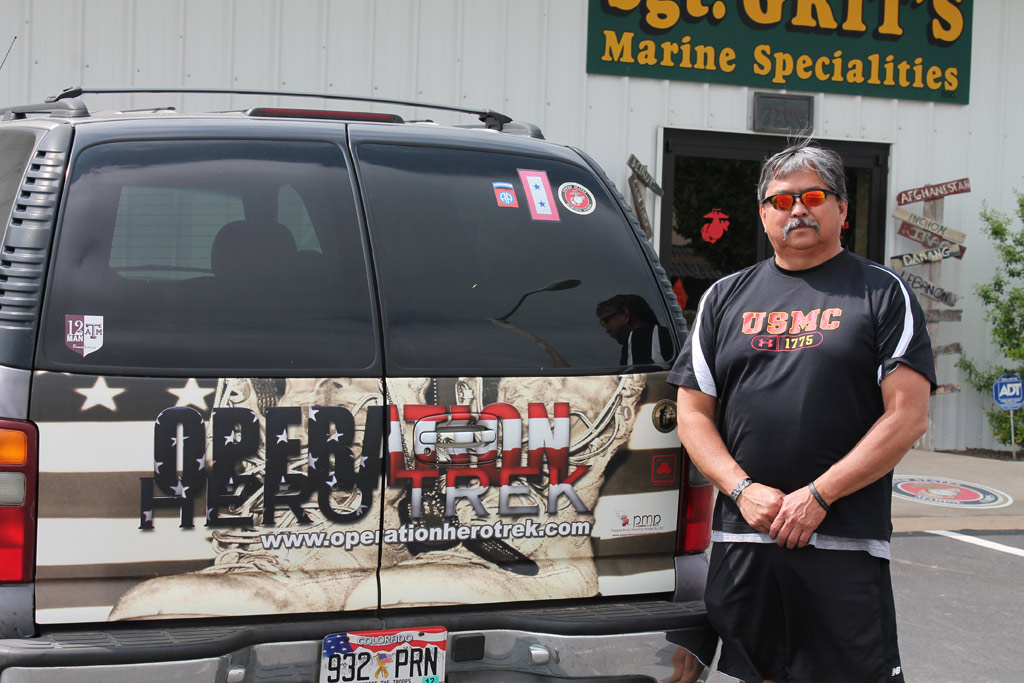 Mike Mobley from Operation Hero Trek stopped by our store. 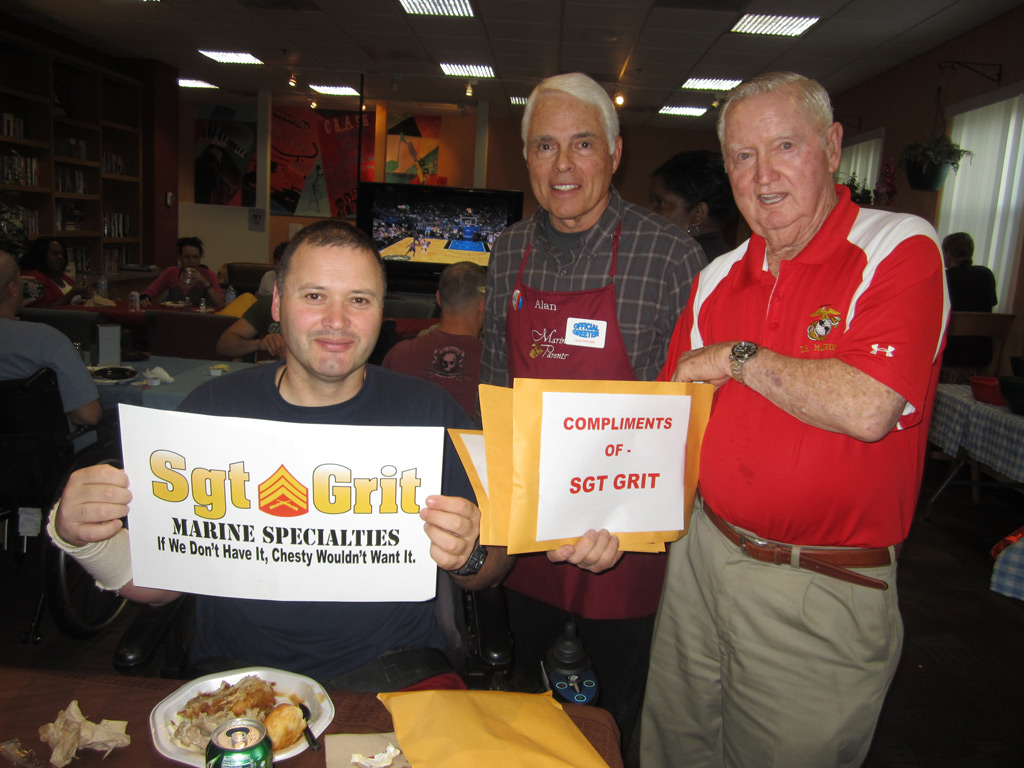 These are some of the photos taken from last night’s Dinner for Wounded Warriors at Balboa Naval Hospital.   Raffle prizes you donated were given out to the Wounded Warriors.   Thank you for your support.     Virgil Whitehead 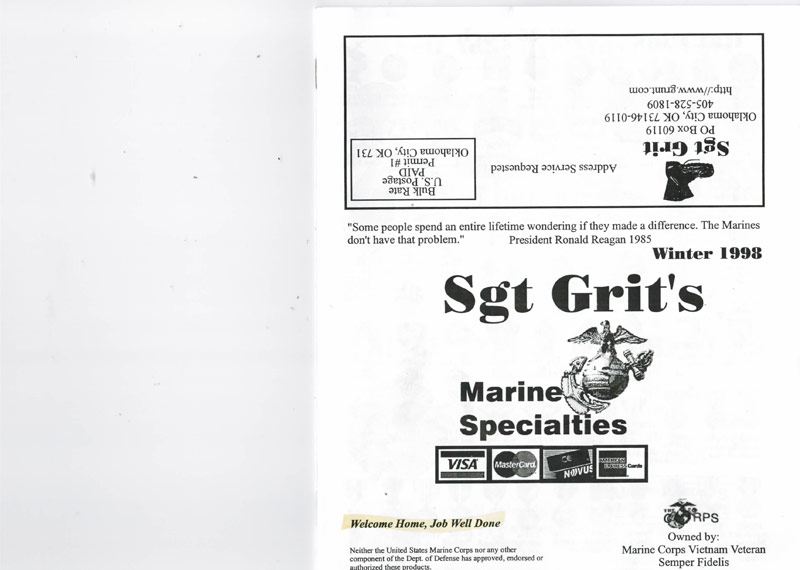 Take a look at the cover and inside of one of our oldest catalogs. 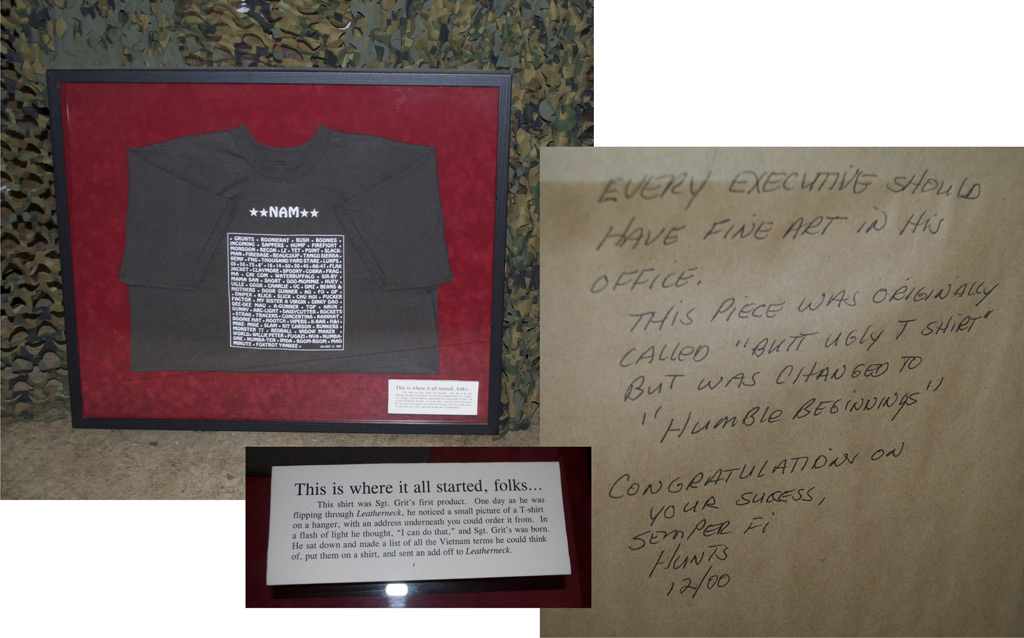 This is my first shirt from 1988. I called it ‘Nam Talk’ in my ads back then.  11 years after it came out my Nam buddy SSgt Dan Huntsinger framed it and sent it back to me as a gift.

The note on the back describes the shirt as ‘Butt Ugly’, which it was/is. But as it goes on to say, yes humble beginnings.    Semper Fi Sgt Grit 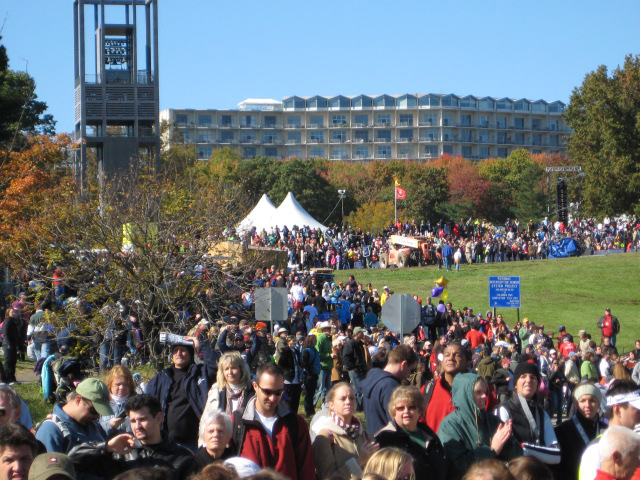 Sgt Grit visited the Marine Marathon this year and took some photos. 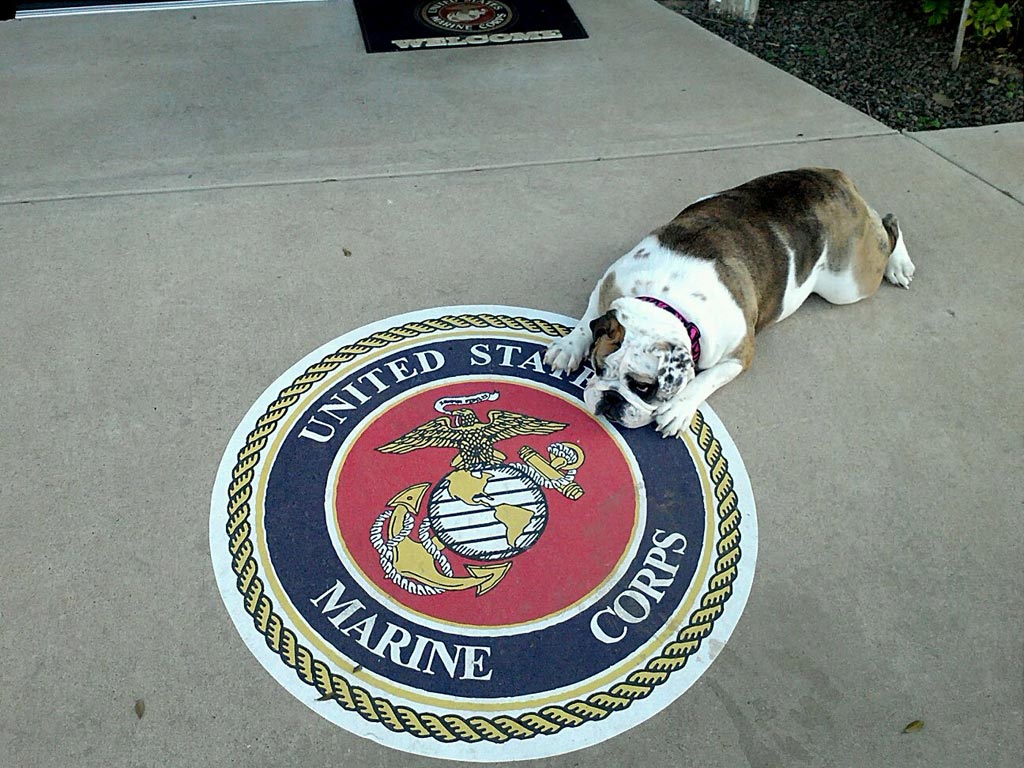 It could only be “divine intervention” that brought SSgt Nathaniel Watrous to our store on October 5th. SSgt Watrous and his wife along with their dog Penelope were passing through Oklahoma City on their way to California to report for Recruiting school when they got lost and turned around, then lo and behold! awwwwwww, the clouds parted and the light was bright when SSgt looks up and sees the Sgt Grit sign. He couldn’t believe it, right in front of him is his favorite store to shop for Marine Corps items. He had no intention of coming here, he didn’t even know it was located in Okc; immediately he says to his wife “we are stopping!” read more

This morning, I had my monthly chemo treatment which usually lasts 4 to 5 hours; I'm normally one of the first ones on the schedule so I have my pick of rooms. I always sit in the same seat in room that holds two patients. l normally have the room to myself or only have to share the last hour or two which means I may have to talk; be civil and not stare at the TV or do my crossword puzzle (although it's not something that I look forward to, more than often it turns out to be a great experience and I learn a little more about myself, life and that the world doesn't revolve around me) read more 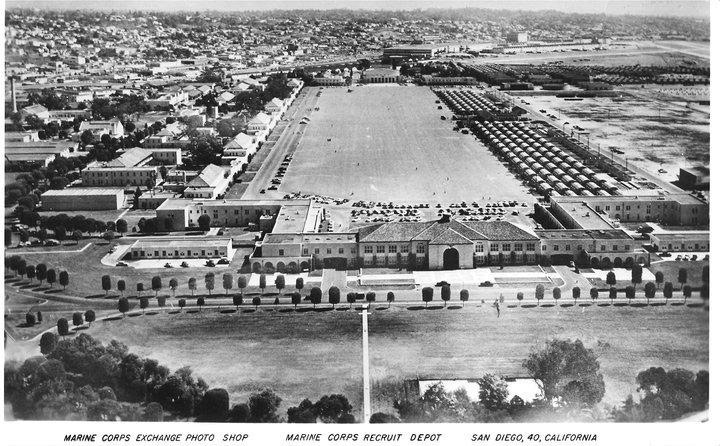 MCRD San Diego. There must be at least 125 Quonset Huts.     I was asked to speak at a Mess Night a few years back at San Diego.   They were kind enough to give me a Cpl to show me around. I kept asking to see the Quonset Huts. He kept looking at me like I was crazy and did not really understand what I was asking.   He later took me to the museum where there was a large panoramic picture similar to this. I pointed to the Quonset Huts. I think his opinion of my old guy senility changed a bit.   I went back there after boot camp for radio school.  I got to see and live on the “other half” of MCRD SD. Much different experience.   Sgt Grit

In March 2011, another Marine was promoted to guarding heaven's gates.  After a year-long battle with brain cancer, Lance Corporal Tom Nelson is dancing with his Lord Jesus Christ.

Tom joined the Marines in 1968 and served until 1970 as a Combat Engineer for A Company, 9th Engineer Battalion, First Marine Division in Viet Nam.  He served in Viet Nam from 1969-1970.  He was awarded two purple hearts, combat action ribbon, good conduct medal and various other awards.  He served his country at 110%.  His family in central Indiana will always love and remember him with his dedication to his country and his Lord.  Semper Fi read more