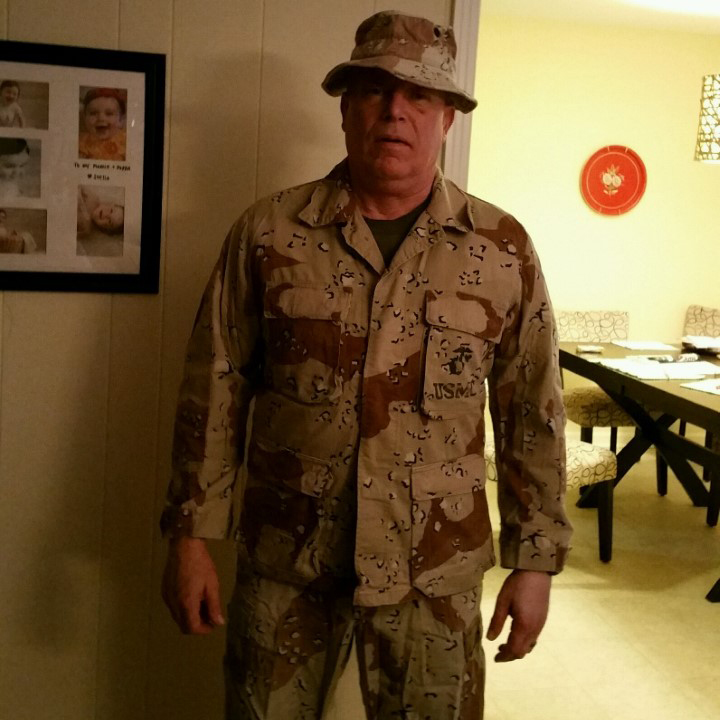 I read with amusement Mike Kunkel’s letter and photo (20 Apr) of him trying on his service uniform. Seems that is a common fate for most of us as we add on the mileage.

On the 25th anniversary of the First Gulf War, I thought I would see if my desert utilities still fit. I was so skinny then

that I had tied knots in the adjustment tabs on the sides–the logistics hadn’t caught up to us very well, and what we did get to eat was rather sparse. That, coupled with living in the cold, windy elements, and constantly moving and digging kept us in fighting trim. After I took the knots out, I could get them on (photo attached).

Now the service uniform–that would be a different story, and forget about the boot camp-issue khaki trousers with a 28-inch waist!