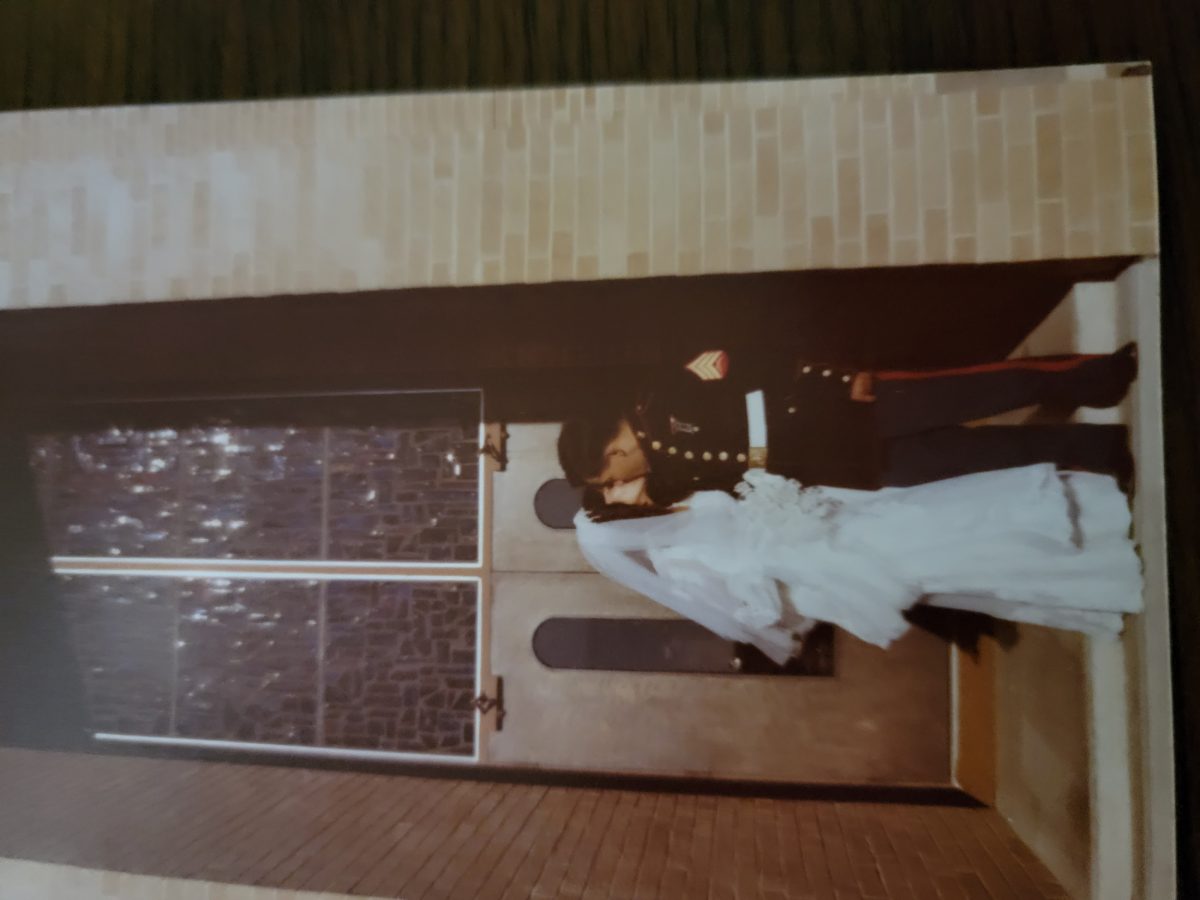 The year was May 21, 1976 while waiting for orders to go to Okinawa on a drunken night after they had told him not to drink, and if he did not to go out of the Base. Because if he did, he was going to wake up married. Well, he got drunk and he went out of the Base. He didn’t wake up married but instead, he met the woman he was going to be married to. Even though when we met, he told me that he was not there looking for anybody and that he didn’t want to get serious with anybody because he was leaving to Okinawa for a year and he didn’t want to hurt anybody. After a short introduction and a short conversation by the end of that evening, this Marine was in deeply love. After a couple of dates and a year of separation we were married exactly a year and two days later. On May 23, 1977. We were happily married short of 41 years when God called him for Guard duty in Heaven on April 29, 2018
Semper Fi
Our dress blues photo