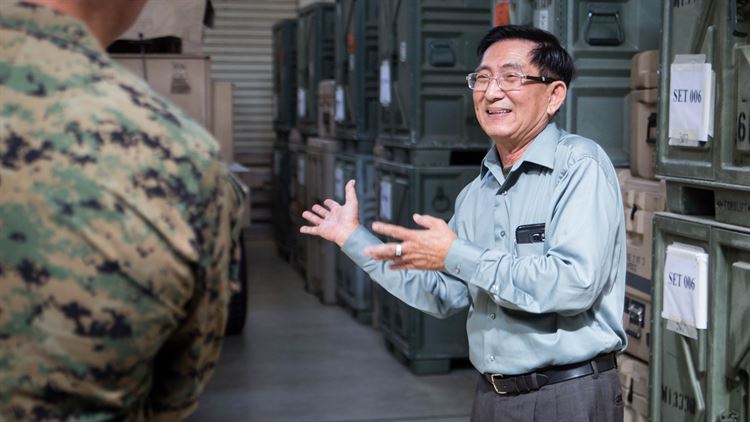 Following graduation, Wong and his comrades were then ready to be assigned to a unit that participated in combat operations. “So 15 of us selected Marines,” said Wong. “We [were] assigned to 3rd Marine Division, and they sent three of us down to 12th Marines.”

During his visit to the Regimental Headquarters, he met with the commanding officer and sergeant major of 12th Marine Regiment, Col. Jeffery M. Morgan and Sgt. Maj. Douglas W. Yagel, for a tour of the facilities. Yagel showed him the various artillery and communication systems, to which Wong said he was thrilled to learn about how today’s weapons compare to weapons used in the Vietnam War.

Col. Morgan and Sgt. Maj. Yagel expressed their gratitude for Wong’s service to the Regiment and presented him with a command coin.

Wong said he would cherish it, always.