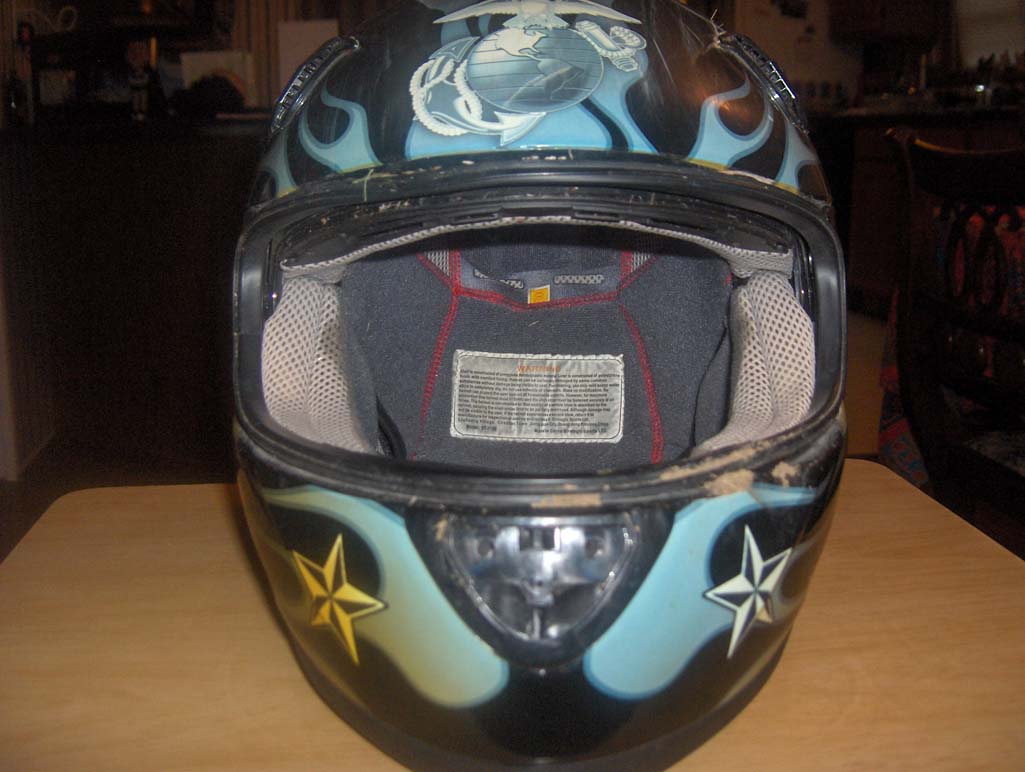 Just a heads up that a friend of mine was riding his motorcycle in southwestern Iowa earlier this week and managed to total his bike in an accident. I reached him on his cell phone at the hospital later in the day (actually expected his buddy to answer, but Dwight did) and he informed me that he didn't have a concussion or any other head injuries due to his full-faced helmet that he had been purchased from Sgt. Grit. Once he's released from the hospital, I told him he owed Sgt. Grit a thank you and a new order for a replacement.

Purchase this helmet at: