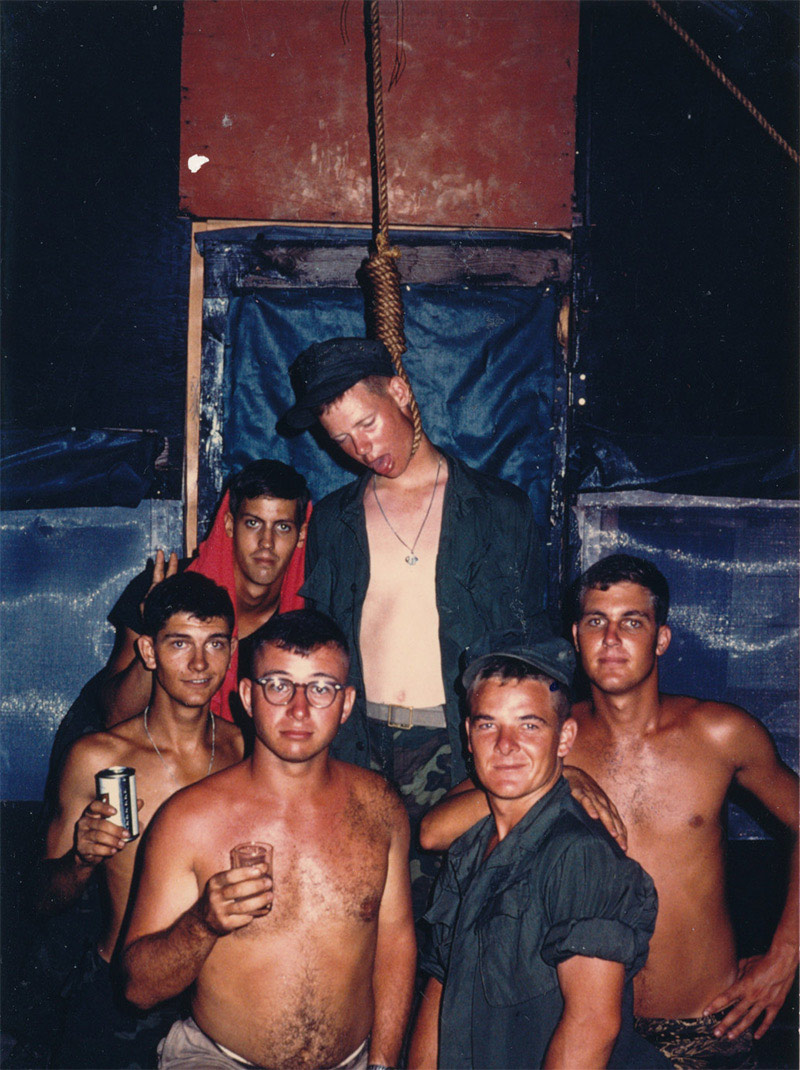 From the tans it is easy to tell who is the FNG. Most of us were a bit in awe, scared, naive, tentative when we first got in-country. Being the 18-21 year old, battle hardened, E-5 and below , Snuffy Country warriors we were we had some fun with the FNG’s. After a few beers at what we called our club. Warm beer and soda at $0.15 each no choice of brand, just what was there. We would return to our hootch area and begin the trial of the offending FNG. We would grab him and tie him up. We would each take a place as Judge, jury, defender, prosecutor, spectators. The judge would bring the trial to order and ramble off a list random FNG offenses. Most revolved around just existing. The prosecutor would follow with his list of offences many the same and add his own twist. Then the defense attorney would stand and address the Judge, prosecutor, jury, spectators and without any rebuttal and with great fanfare………………..THE DEFENCE RESTS!!!! Of course the FNG has been getting increasingly concerned as all this plays out from hardened Nam Marines, eyes big, pulse up, skin flush, trying to get untied. The Judge stands again without any discussion looks to the jury for a verdict……………HANG’EM!!!! Judge, jury, prosector, defense, and spectors drag the FNG out to a spot with a overhang, through a rope over it and fake a hangin’. Great fun. Some FNG’s figured it out and played along, some really thought a bunch of drunk, hardened warriors were going to hang them.
Sgt “hang’em high” Grit