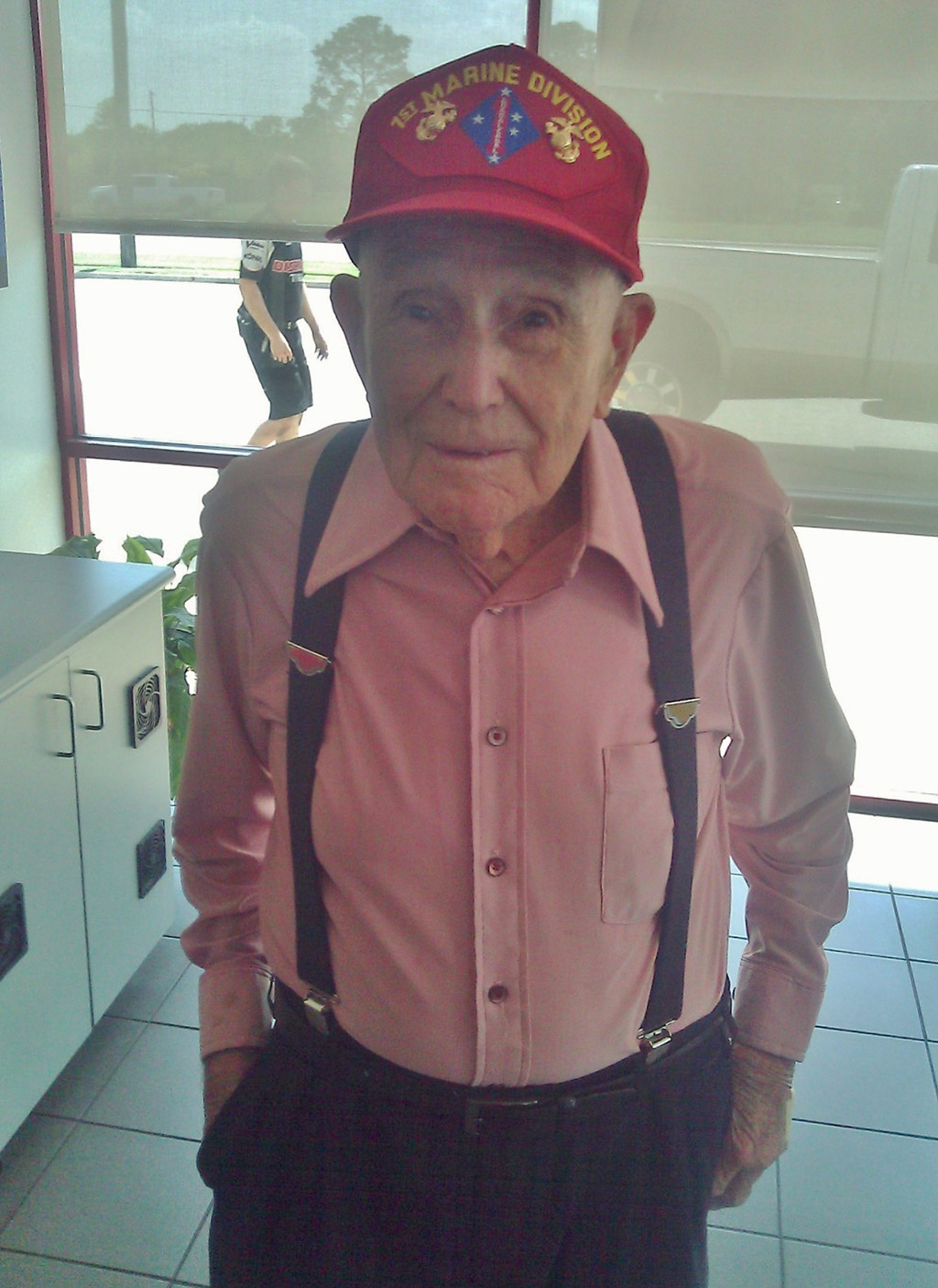 In June 2012 I was in Victoria Texas for the funeral of my former Mother in Law. I was driving a rental that got a a flat and I went to the local Discount Tire to have it fixed. While there I noticed an older gentleman with a 1st Marine Division cap on his head sitting in a chair waiting on his car. I was a former Marine myself with 30 years in the military. I wanted to thank him for his service as I could tell he was old enough to have served during a few wars. Little did I know that I was meeting a living legend. We talked for awhile and he told me some incredible stories. Eventually his car was ready and I asked him his name and he said it was Herman Shirley. I then asked him if I could take his photo. He said “sure” and proceeded to stand tall and proud and I took the photo with my cell phone. We then shook hands and he left. Still driving at age 92 he was very sharp, no loss of mental or motor skills. Attached is his story and the photo I took that day. Not knowing who he was I researched his name and found a lot on the internet about him. Wow!