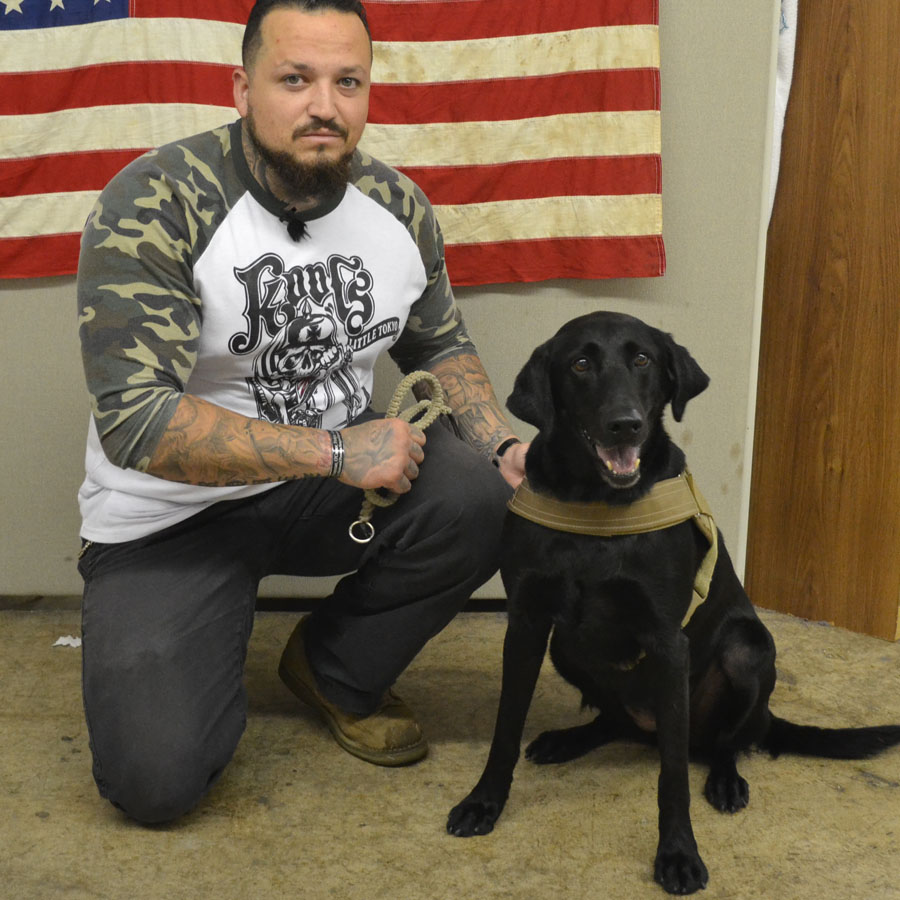 So Allie was an IDD dog which is an "improvised explosive detector dog" she did 4 combat deployments with Marine units. I was her handler from January 2011 to October 2011. We were deployed to Sangin Afghanistan from late march 2011 to October 19th 2011 with 1st Platoon, Alpha Company, 1st Battalion, 5th Marines. She recently was retired from active duty where I was contacted and adopted her from the IDD program where I had to pick her up in Jackson Springs, North Carolina. Now she's just relaxing and living a dog's life.