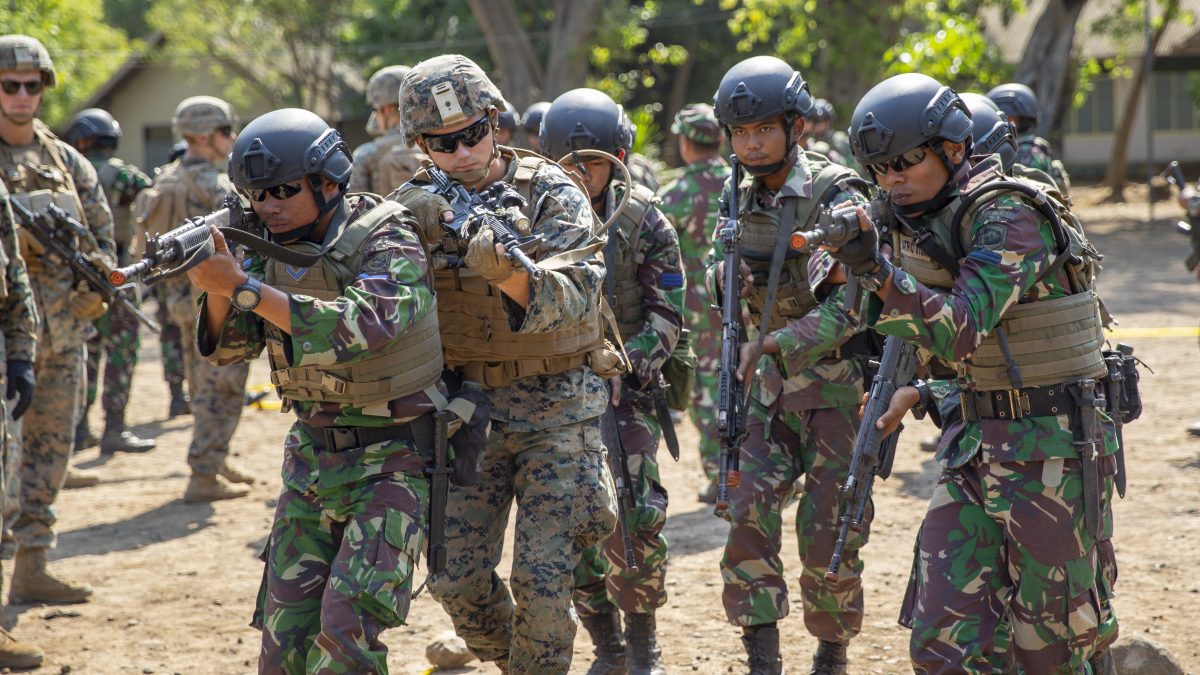 The exchange program, designed to strengthen the partnership between the two militaries, involves each country sending a platoon of Marines to live and train together at the others’ military bases. Working closely though a rigorous training schedule focused around individual, team and squad level tactics, Marines from both nations are able to learn from each other and continue to improve their ability to work together.

“For basic tactics, we do the same thing for shooting and maneuver, but we have a different terrain and environment,” said 2nd Lt. Gilang Kanandha, a platoon commander with the KORMAR. “We can make our Marine Corps better by learning new things and [the U.S.] Marines can learn something new too.”

Not only do the Marines share tactics with each other, they also develop new leadership styles and establish relationships with their partner nation counterparts.

We can make our Marine Corps better by learning new things and Marines can learn something new too 2nd Lt. Gilang Kanandha, a platoon commander with the KORMAR.

“We are able to train together and be aggressive when it’s time to do that,” said 1st. Lt Joseph Artis, a platoon commander with Co. A., 1st Battalion 3rd Marine Regiment. “But during our down time, we have the ability to just be Marines together.”

“Our relationship with our Indonesian counterparts is very strong,” said Staff Sgt. Nathanial Skousen, the company gunnery sergeant for Co. A., 1st Battalion, 3rd Marine Regiment. He noted how naturally the Marines from both nations interacted with each other, “It’s as if the same type of people are drawn to serve their nation’s military,” said Skousen.

The KORMAR exchange enhances the capability of both services and displays their continued commitment to share information and increase the ability to respond to crises together across the Pacific.

“It causes us to open our eyes a little bit when we experience things with Marines from overseas,’ said Artis. “The fact that this is happening in different parts of the world, it gives us perspective that there is a global mission we are trying to achieve. It’s not just us in Hawaii trying to do this.”