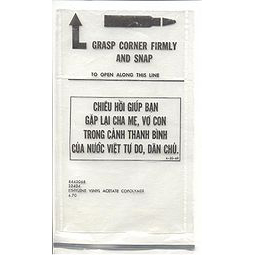 World War I was fought by all the Armed Services of the United States, however there was a small problem that affected Harry Truman, George Marshall, Douglas MacArther and many others but that is not talked about. There was a Reporter for the Chicago Tribune I believe (I'm reaching back into this old brain) named Floyd Gibbons who was with the Marines at Belleau Woods, he lost an eye during his Stint as a War Correspondent with the Marines.

His story was the first real story about the War, according to all the information, he was sent to the Marines because General John J. Pershing felt the Belleau Wood Battle would be a small part of the War and General Pershing wouldn't allow Reporters into the Big Battles coming up. But Floyd Gibbons story was the first Big Story of the War and was picked up by newspapers all over America which left people to believe the Marines were the only ones fighting the War. Don't believe it? it's the Facts. This left a Hard Spot in the hearts of many of the Army Officers and Soldiers who had fought just as hard and Died. There is no taking back all those newspapers and rumors and stories, its effect is felt today.

Going through my junk and stuff I keep finding the silly stuff from the Vietnam War. I found this item that was called the magazine Case. It was to protect your full mag's in the magazine pouch in your cartridge belt. When you got in a fire fight you would have to rip this plastic pouch to get your magazine out and after you had won the Fire Fight, you would be able to distribute "CHIEU HOI" passes to the enemy or they could pick them up after they killed all the Americans and Surrender to the nearest American. This was another of Sec. Defense MacNamara's schemes. I had a bunch of these along with a bunch of the Paper CHIEU HOI Passes that collectors of Vietnam War Souvenirs used to buy from me at Gun Shows. (Note the date under Chieu Hoi). Grit you ought to have a wall so we could send you junk like this to show people just how stupid some of it was. Do many of you remember the MacNamara line? He had all those big Helicopters putting up all those big Stands?
â€‹
GySgt. F. L. Rousseau, USMC Retired