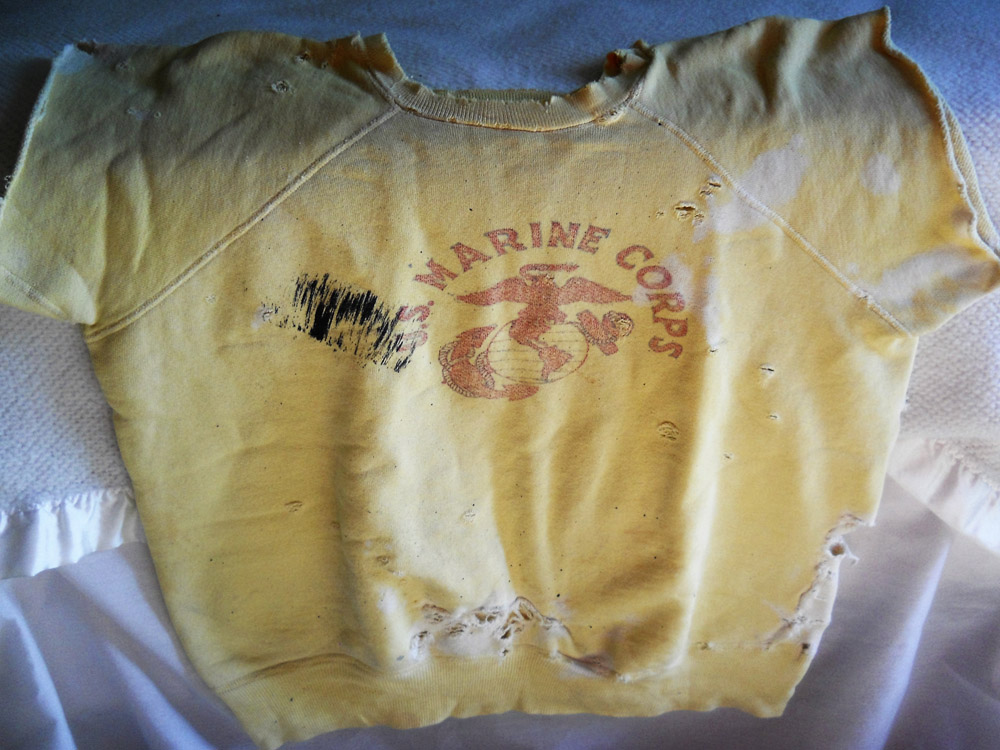 Here are two photos of my MCRD, yellow sweatshirt; circa, Receiving Barracks, February 1964. It’s not pretty, but I have saved that thing, despite efforts by deterioration and my wife threatening to toss it out. Many years ago, that ratty sweatshirt almost made it to the garbage can… but I just couldn’t let that happen.

And now, for the first time in many, many years, the world is allowed to gaze upon ‘history’!

I was going to have my picture taken wearing it, but it’s in such fragile condition, I decided not to take the chance of it just completely disintegrating.

3 thoughts on “It’s Not Pretty”