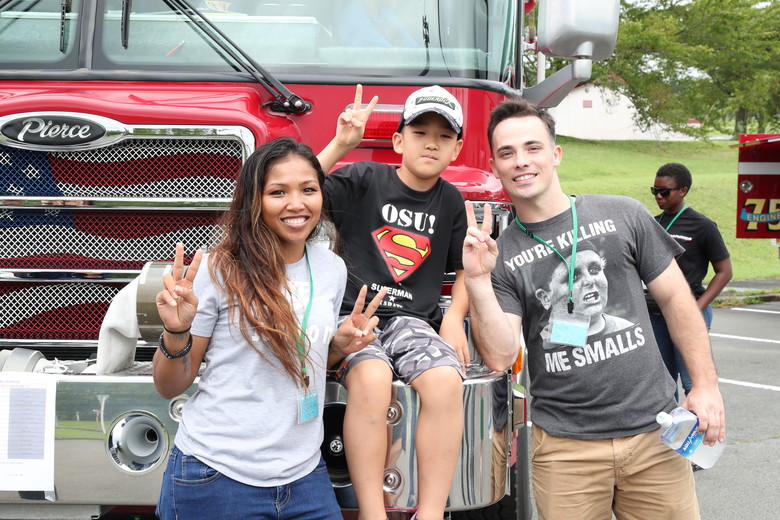 The English camp served to provide 30 Japanese schoolchildren in the local community to learn English and experience American culture through a myriad of group activities with U.S. service members. The 30 selectness were chosen out of a pool of approximately 300 applicants.

While at the youth center, the service members assisted the children with conversations and interactions in shopping, ordering food, sending mail, etc.

“The local community here really likes Americans,” said U.S. Navy Lt. Donnie Nelson, the CATC Camp Fuji chaplain. “This event is a great relationship-building opportunity and it’s also a time for these young students to learn English and also come onto our base.”

One of the signature events of the camp involves the participants visiting and touring Camp Fuji. There, the Japanese children are able to apply their English speaking skills while also witnessing several displays from the Camp Fuji Provost Marshal Office, fire station, and library.

In addition, all of the participants on the second day of the camp came back to the youth center to sing and dance to music popular with Japanese and American youths around a bonfire.

“The atmosphere felt very positive,” Nelson said, “the smiles, the games, and the music certainly played into that.”

Nelson also stated that the Marines and sailors served as positive role models for the children.

The English camp is the largest community relations event Camp Fuji has with the local community where it has managed to garner national media coverage. Even though this camp has been held twice previously, this year’s English camp had over 300 child applicants from the local Japanese community.

4 thoughts on “LOCAL CHILDREN LEARN ENGLISH, EXPERIENCE AMERICAN CULTURE WITH THE HELP OF CATC FUJI BASED MARINES AND SAILORS”