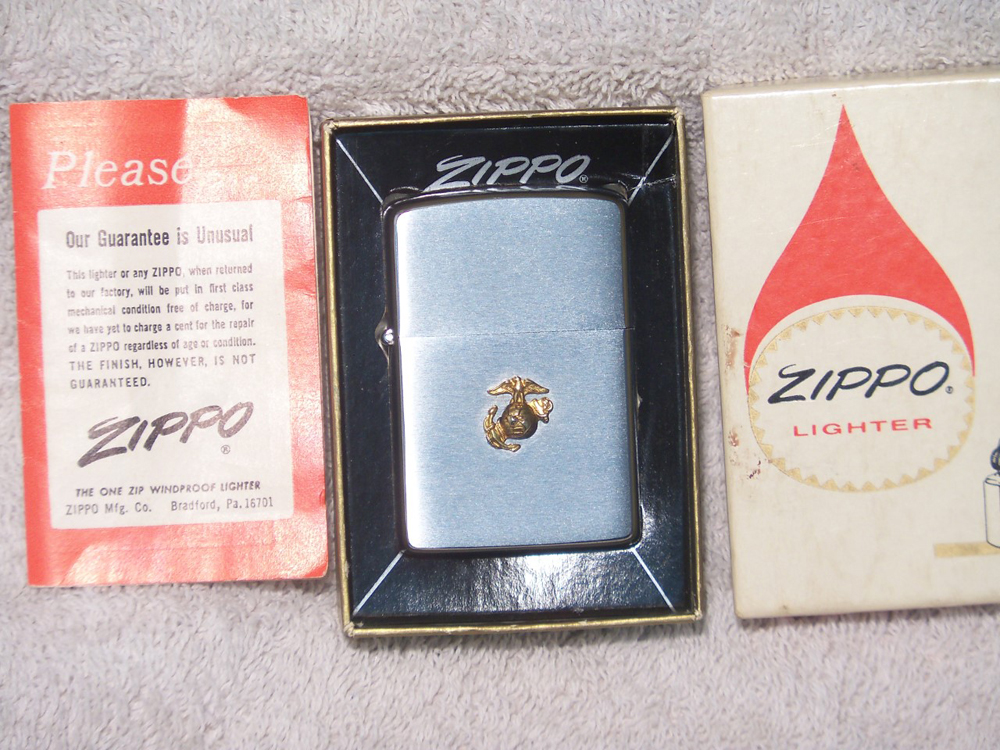 My dad passed in 2004 and I was cleaning out his gun cabinet when I came across the Zippo lighter I had given him after returning home from boot camp and ITR in 1969. I had forgotten about it. I’m sure I bought it and one other identical one at the PX at MCRD in San Diego. He obviously never used it as it is new in the box. I had mine engraved at

Danang PX, but later lost it I think on Hill 37. While I really regret losing mine, I’m glad to have this one and a few other mementos of my time in the Corps.