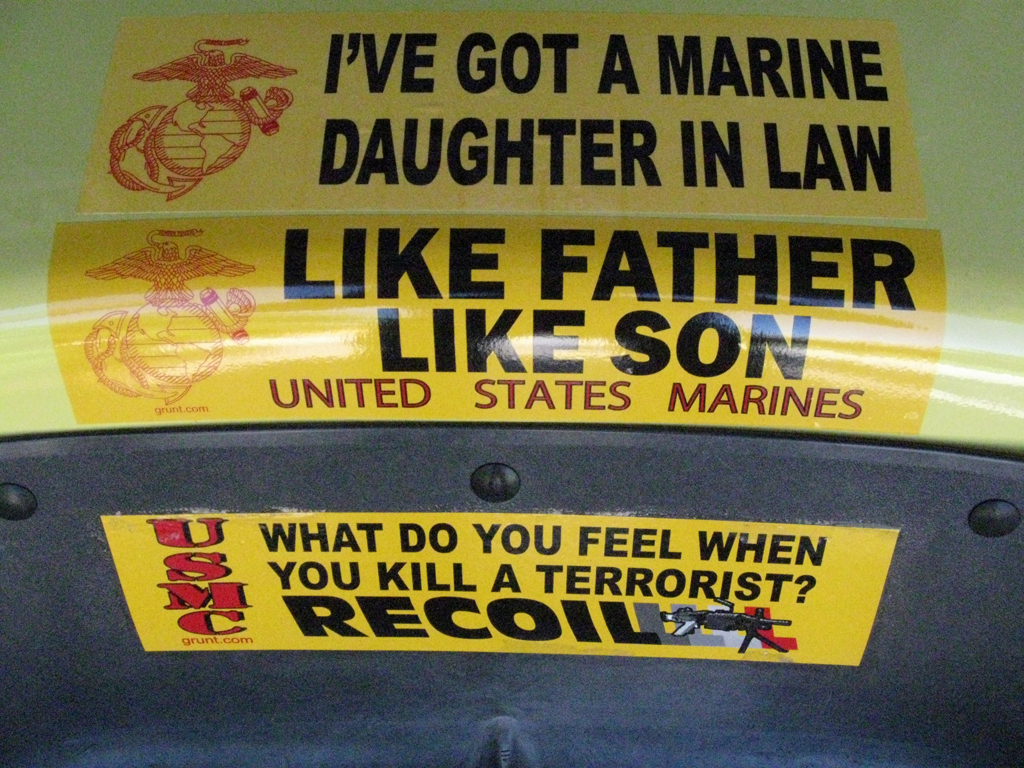 I was commissioned thru the Regular NROTC program at the U. of Minnesota in 1963 and, of course, joined the Marines. (I decided to be a Marine when I was 8 years old.) I was the SupO for the 2d Radio Bn, then served 2 "wonderful" years of sea duty aboard the USS Wright, CC-2 (C.O. of the Marine Detachment). Then my wife "convinced" me to leave the regulars, and so I went right into the active reserves (Supply Management Officer for the 4th Marine Division; and finally as a Major, Company Commander, India Co, 3d Bn., 24th Marines. (Never went to Vietnam – 2 sets of orders to WestPac (Viet Nam); both cancelled.) I had an NSG top secret clearance, and the Navy NSG did not want to risk Marine junior officers getting captured… which did happen in 1965 …bummer). And LBJ would not call up the Reserve 4th Marine Division. (15 years).

My son (SupO), a Colonel, just retired in August at Camp Lejeune after his final tour in lovely Afghanistan. What I did not do, he did several times over. Among his other tours: (2) tours in Iraq, Africa, Bahrain, CO of the Supply School at CLNC; C.O. of all the schools at Camp Johnson, CLNC, Med and Carib deployments, and others tours and deployments I have forgotten. (26.5 years).

His wife (SupO) was also a Major in the Marines, toured lovely Iraq (1st Gulf War), and then got pregnant. Elected to resign and raise my grandson. Was a great support for my son's career… but his overseas deployments scared her a bunch. (9 years).

So at different times in the distant past, we were 3 SupOs, 3 Majors, and we accumulated 50.5 years of "active" duty in our beloved Corps.

Check out our collection of Marine Corps Auto Accessories.