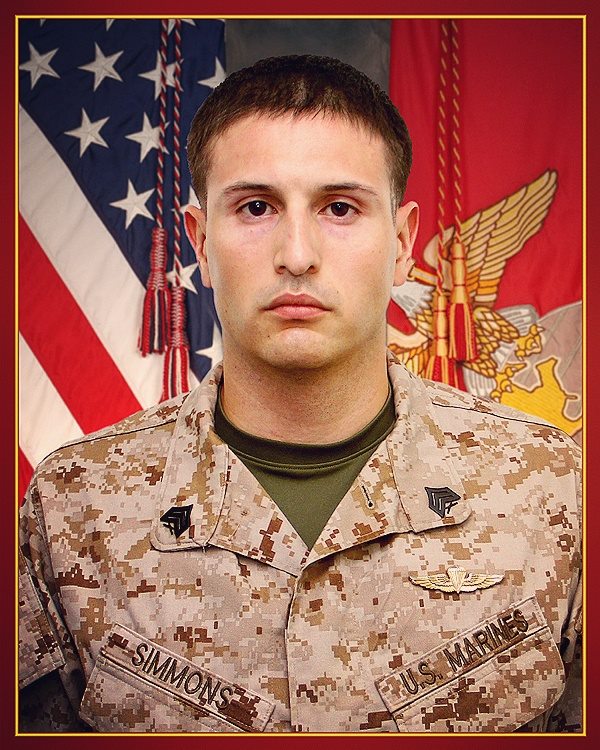 In August 2008, then-Cpl. Franklin Simmons was serving in Afghanistan with 2nd Battalion, 7th Marines as a Force Recon platoon team leader and designated marksman. While conducting clearing operations in the village of Shewan, Cpl. Simmons’ platoon was ambushed by a numerically superior enemy force. Volleys of intense rocket propelled grenade and machine gun fire disabled one of the platoon’s vehicles and trapped several Marines in the kill zone. Without regard for his own safety, Cpl. Simmons exposed himself to intense enemy rocket propelled grenade and machine gun fire as he crawled to the top of a berm to locate targets with his Mark 11 sniper rifle. He resolutely ignored enemy machine gun rounds impacting within a foot of his position as he calmly employed his weapon to kill the enemy firing at his fellow Marines in the kill zone. Remaining in this exposed position to get the necessary observation of his targets, he killed an estimated 18 enemy fighters and wounded at least two others. Cpl. Simmons’ devastating fires during an 8-hour battle in oppressive heat were critical in saving the lives of his fellow Marines