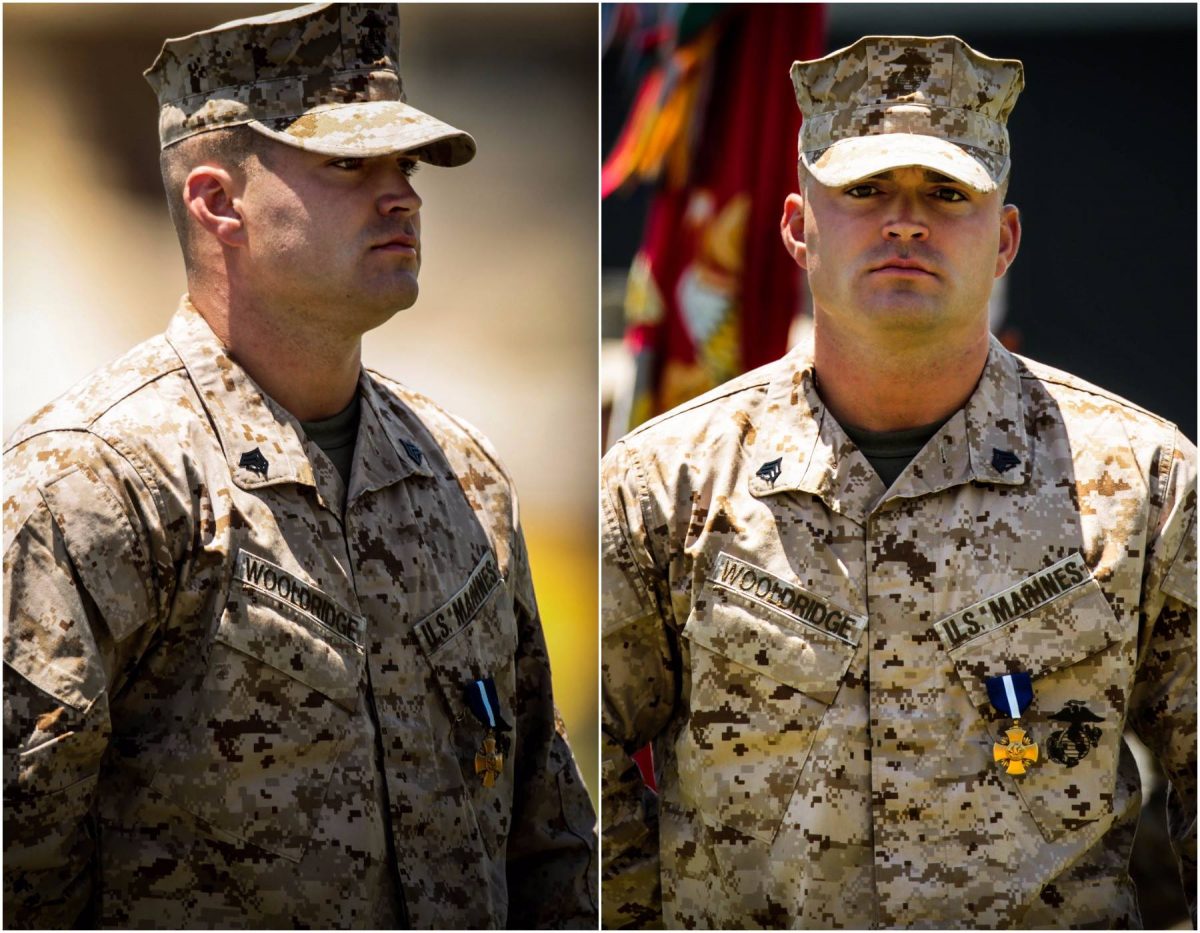 While deployed to Afghanistan’s Helmand province, then-Cpl.
Wooldridge’s mounted patrol came under intense enemy fire. Cpl.
Wooldridge and his squad dismounted and maneuvered on the suspected enemy location. Spotting a group of fifteen enemy fighters preparing an ambush, Cpl. Wooldridge led one of his fire teams across open ground to flank the enemy, killing or wounding at least eight and
forcing the rest to scatter. As he held security alone to cover his
fire team’s withdrawal, he heard voices from behind an adjacent wall.
Boldly rushing around the corner, he came face-to-face with two enemy
fighters at close range, killing both of them with his M-249 Squad
Automatic Weapon. As he crouched back behind the wall to reload, he
saw the barrel of an enemy machine gun appear from around the wall.
Without hesitation, he dropped his empty weapon and seized the machine gun barrel. He overwhelmed the enemy fighter in hand-to-hand combat, killing him with several blows to the head with the enemy’s own machine gun. His audacious and fearless actions thwarted the enemy attack on his platoon. (U.S. Marine Corps photos by Cpl. Sarah Anderson)