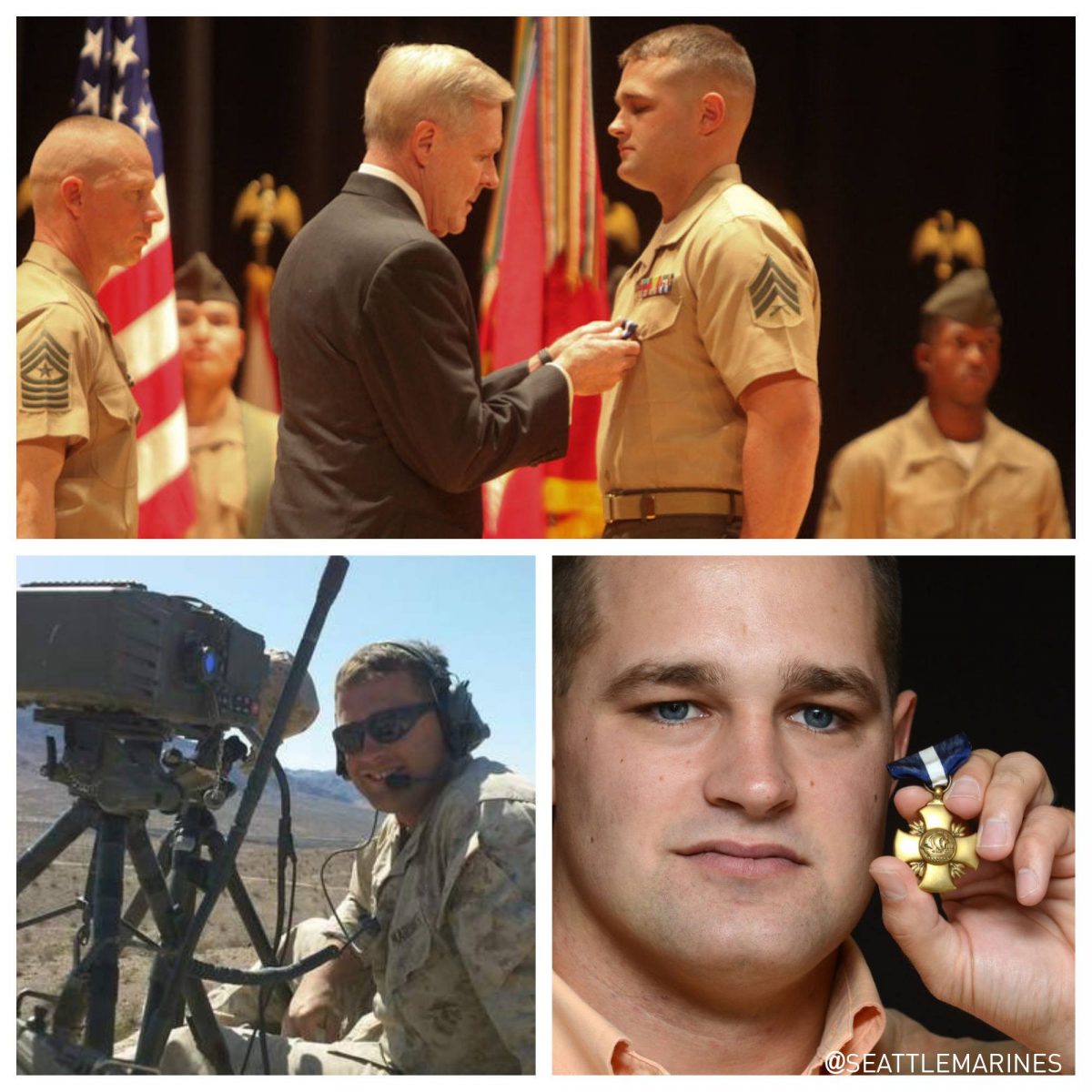 Then-Lance Corporal Moore demonstrated audacity and selfless devotion to duty in the face of a determined enemy when his element came under attack north of Marjah. Two Marines who were outside the structure the team was using for cover immediately became casualties. Insurgents then threw two grenades over the wall into the team’s position. Without hesitation, and with complete disregard for his own life, Lance Corporal Moore picked up the first grenade and threw it out of the building, where it immediately detonated. He then picked up the second grenade, recognized it had malfunctioned and would not detonate, discarded it, and charged out of the structure to aid the wounded. Though instantly taken under fire by an enemy force one hundred meters away, Lance Corporal Moore audaciously stood his ground, returning fire with his M-4 rifle and M-203 grenade launcher. The effects of his fire neutralized the enemy and forced them to abandon their position, buying his team precious time to regroup and aid their wounded. He then immediately took action to assist in the scouting and securing of a landing zone to extract wounded personnel. By his outstanding display of decisive leadership, unlimited courage in the face of fire, and complete dedication to duty, Lance Corporal Moore reflected great credit upon himself and upheld the highest traditions of the Marine Corps and of the United States Naval Service.