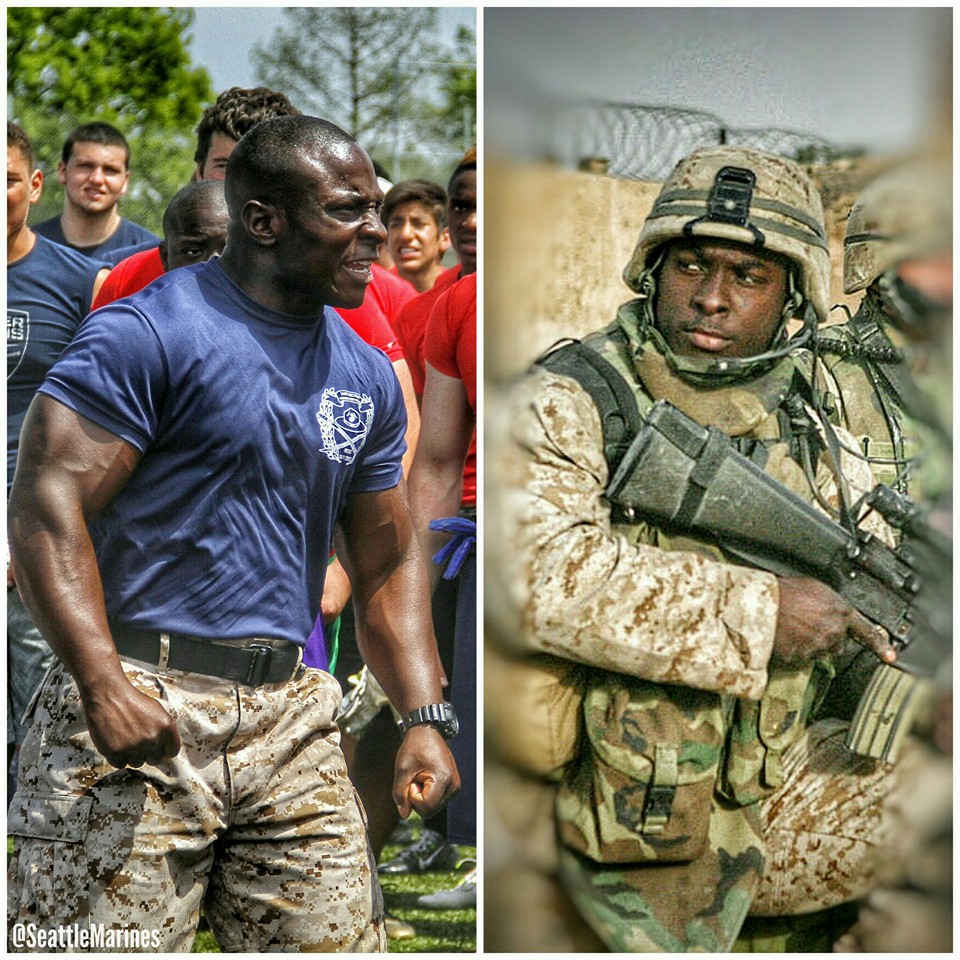 Shortly after departing their base in Fallujah, then-Sgt. McDade and 1/8 Bravo Company’s 1st Platoon entered an alley and encountered an immediate heavy volume of small arms and machine gun fire. In the opening seconds of the engagement, three Marines were seriously wounded as the well positioned and expecting enemy pinned others down. On contact, McDade rushed from the rear of the platoon column toward the kill zone and immediately deployed a machine gun team into the alley to provide suppressive fire on the enemy. After several attempts to reach casualties in the alley were met with heavy, well-aimed machine gun fire, he showed total disregard for his own safety by moving across the alley and successfully extracting the first of three wounded Marines from the kill zone. Aware of the fact that there were still two wounded Marines in the alley, McDade dashed through the heart of the kill zone two more times, each time braving intense enemy fire to successfully retrieve a Marine. After extracting the last casualty from the kill zone, he assisted in their treatment and medical evacuation. His quick thinking and aggressive actions were crucial in saving the lives of two of the three casualties. (U.S. Marine Corps photos by Staff Sgt. Jonathan C. Knauth & Sgt. Kenneth Trotter)

33 thoughts on “MARINE OF THE WEEK // FEARLESS LEADER:”