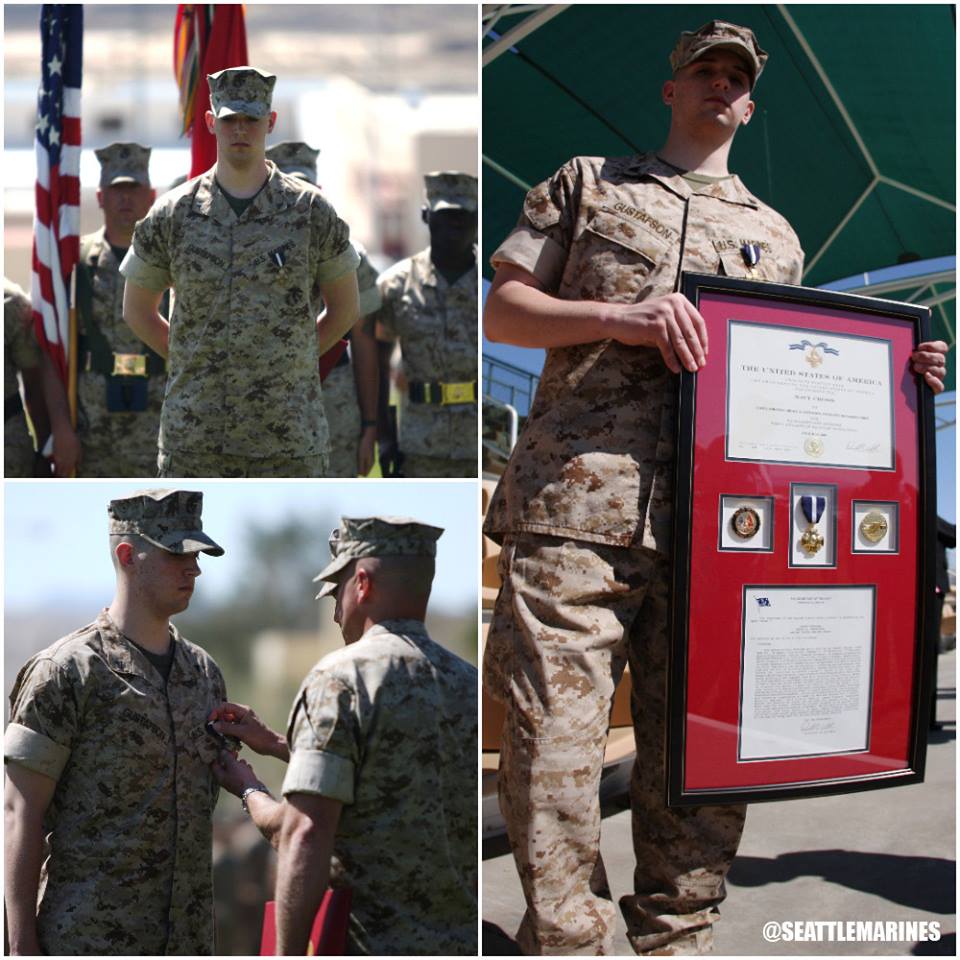 MARINE OF THE WEEK // “I looked down, and a lot of my right leg wasn’t there.”

In the village of Shewan, Afghanistan, Lance Corporal Gustafson’s squad was ambushed from multiple positions by enemy insurgents with rocket-propelled grenades and medium machine gun fire. The attack was initiated by a rocket-propelled grenade that pierced the hull of his Mine Resistant Ambush Protected vehicle and struck him, resulting in severe traumatic injury to his right leg. Despite bleeding profusely, Lance Corporal Gustafson quickly identified enemy positions and engaged them with accurate fire from his M-240B machine gun while a tourniquet was applied to his leg. When the vehicle to their rear was disabled by further rocket-propelled grenade fire, he directed his driver to push the vehicle out of the enemy’s kill zone, and shortly thereafter the vehicle was engulfed in flames. Although medium machine gun fire continued to impact around him, Lance Corporal Gustafson remained steadfast, returning concentrated fire on the enemy. His effective suppression allowed the Marines behind him to safely dismount and exit their burning vehicle. Lance Corporal Gustafson braved the effects of shock and reloaded his weapon twice, firing more than 400 rounds, before he allowed himself to be pulled from the turret and receive medical treatment. By his bold actions, daring initiative, and total devotion to duty, Lance Corporal Gustafson reflected great credit upon himself and upheld the highest traditions of the Marine Corps and the United States Naval Service.

One thought on “MARINE OF THE WEEK // “I looked down, and a lot of my right leg wasn’t there.””