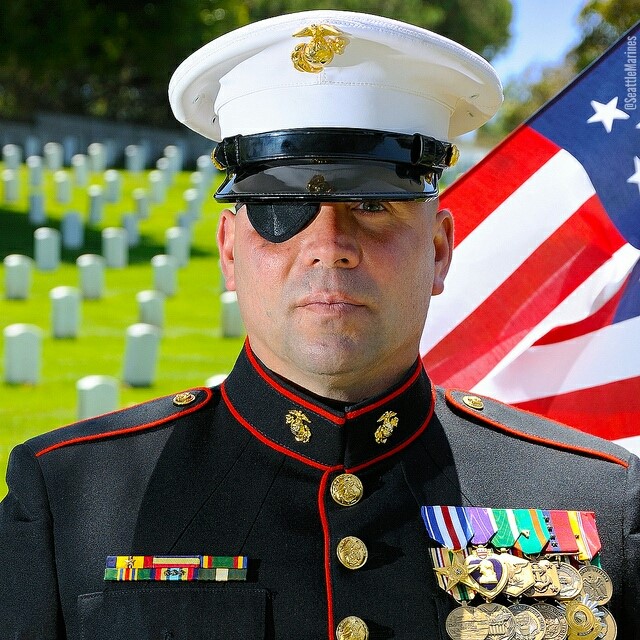 MARINE OF THE WEEK // THE CIGAR MARINE:

On April 6-7, 2004, Gunnery Sgt. Popaditch was serving as a Tank Platoon Sergeant in support of Operation Iraqi Freedom in Fallujah, Iraq. The Marines of Fox Company, 2nd Battalion, 1st Marines came under heavy enemy fire and without hesitation, GySgt. Popaditch surged his two tanks into the city to support the Marines under fire, drawing enemy fire away from the beleaguered Marines and enabling Fox Company to evacuate a critically wounded Marine. For several hours, enemy forces engaged his tank section with withering rocket-propelled grenade fire until they were destroyed by accurate machine gun fire. Acting as the forward observer for a AC-130 gunship, GySgt. Popaditch directed fire onto enemy targets, effecting their annihilation. With complete disregard for his personal safety, he moved his tank forward to draw the enemy from their covered and concealed positions and allowing the AC-130 to engage them. On the morning of April 7, GySgt. Popaditch was severely wounded by an enemy rocket-propelled grenade blast. Blinded and deafened by the blast, he remained calm and ordered his crew to a medical evacuation site. By his bold leadership, wise judgment, and complete dedication to duty, GySgt. Popaditch was awarded the Marine Corps’ third highest award for valor, the Silver Star.