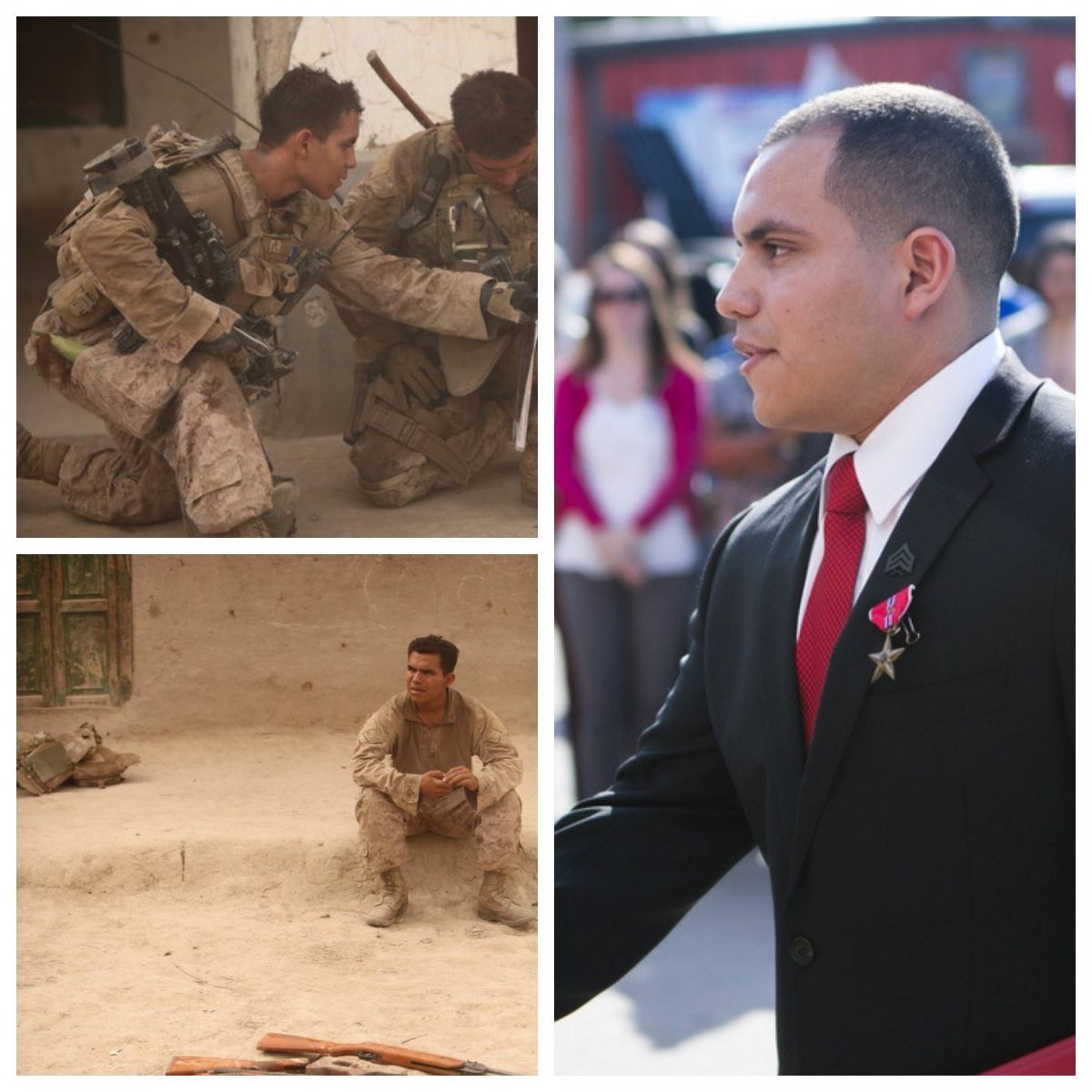 #MARINE OF THE WEEK // “We got shot at every 500 meters after that. We pushed through”

Sergeant Lopez was preparing to enter a compound when an improvised grenade — a water bottle filled with explosives and fragmentation — was lobbed over a wall. He called it out and scrambled to get his Marines away, but one tripped. He picked the Marine up, but it was too late to run.
Lopez turned to shield the fallen infantryman from the blast, and he and his Marines were sprayed with shrapnel; one was so seriously injured.
The Marines were eventually able to clear that compound, and Lopez said they discovered that the owners were being intimidated by Taliban fighters. The next day, as his squad was investigating another compound, they discovered a cache of weapons, including explosives, magazines and grenades. As they were collecting intelligence, they came under heavy fire from multiple positions.
He sprinted under direct fire across the top of the narrow wall, finally positioning himself to see that the fire was likely coming from a nearby treeline. Lopez ordered his machine gunners to fire on the area and called in a mortar attack, acting as the spotter. By the second round, the enemy fire was silenced.