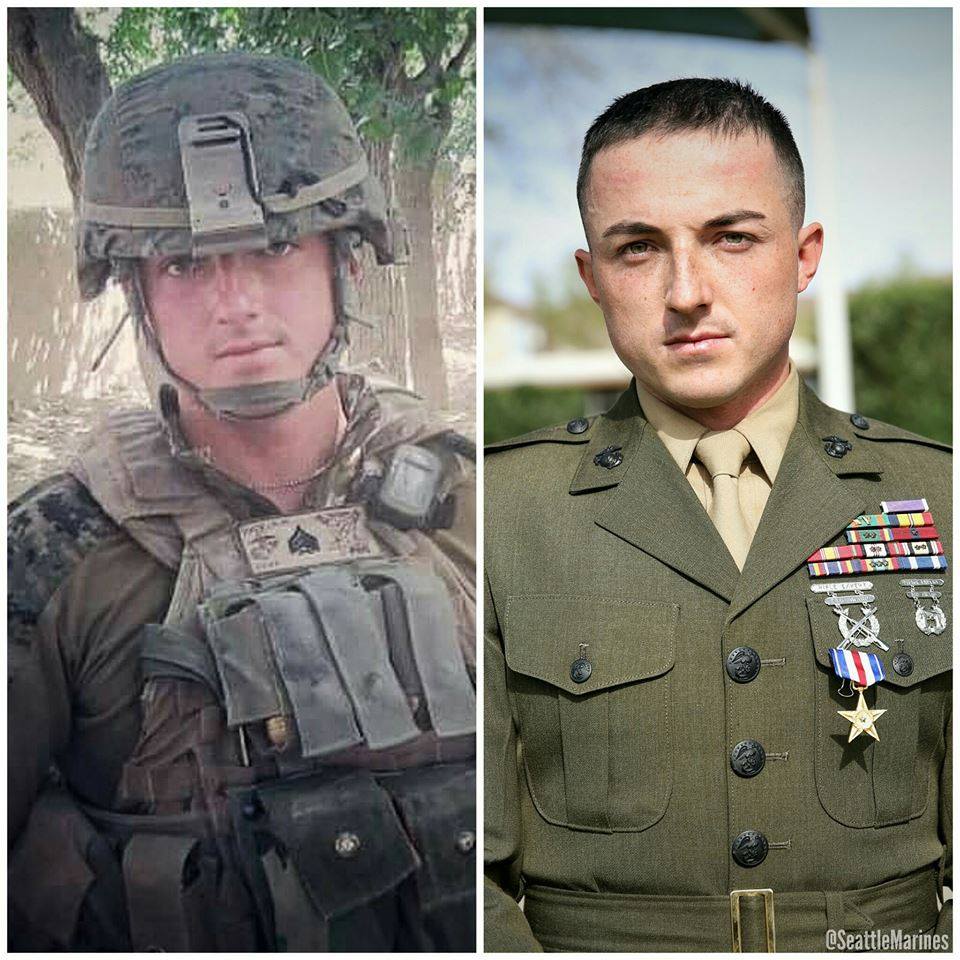 MARINE OF THE WEEK // “We had to buckle down. There was no time to dwell.”Sgt. Ken Rick1st Battalion, 7th MarinesAfghanistan, June 22-23, 2012
Award: Silver Star

After the completion of an air assault into an Afghan village, then-Sgt. Ken Rick (now a Staff Sgt.) and his squad were attacked from multiple positions by high volumes of medium machinegun and indirect fire. Rick subjected himself to the enemy fire four times to employ his M4 carbine and M203 grenade launcher accurately while directing his squad’s maneuver. By his leadership, Rick’s squad served the enemy with devastating firepower and forced their immediate withdrawal. Later that day, with complete disregard for his own safety, Rick forfeited cover and ran out of their patrol base, covering 200 meters of open ground to lead a security team and recover a mortally wounded Marine. Though enemy rounds impacted within feet of his position as the security team maneuvered to the patrol base, Rick calmly directed his squad’s fires. He remained outside the patrol base, suppressing the enemy until all of his Marines were safely inside. The following day, Rick again led his squad in countering a complex ambush. The precision fire he employed from his grenade launcher destroyed two enemy fighters and oriented close air support aircraft onto their targets, ultimately leading to the destruction of the enemy.